All the things Coachella had to offer this year 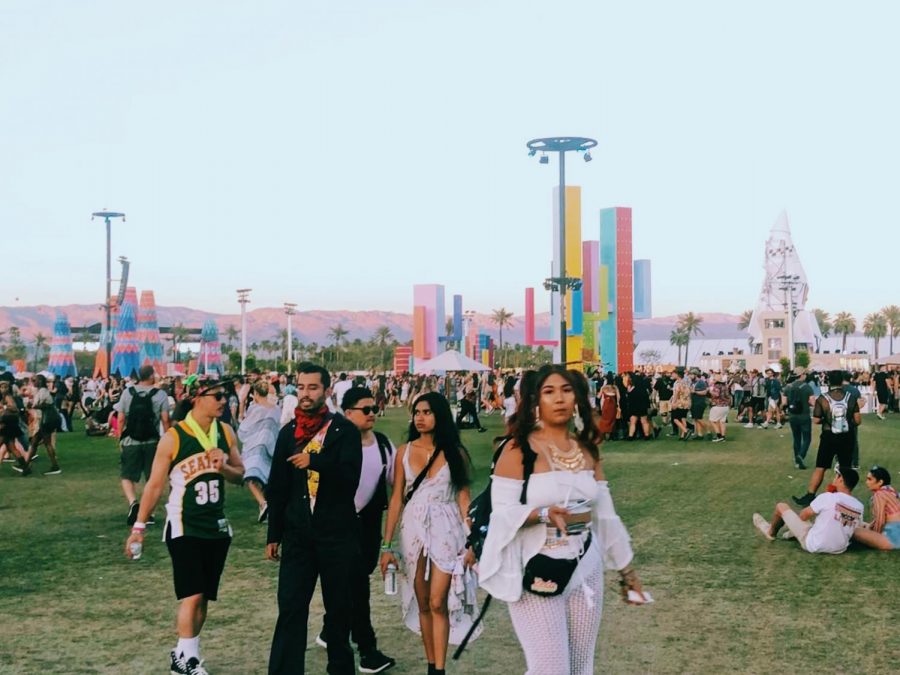 Festival-goers attend the annual music and arts festival in the Coachella Valley, held on April 12-14.

by Kelly Kerrigan and David Santillan

Following Beyonce’s legendary performance at last year’s Coachella Arts and Music Festival (which is now a Netflix documentary titled “Homecoming”), fans were left wondering how the music festival would outdo itself this year. And though Bey’s act is a tough one to follow, this year’s lineup featured a diverse group of artists from every genre, including Spanish-language music, making it the biggest showcase of Latin music the festival has ever featured.

“We’ve been waiting 15 years for this!,” Balvin yelled to the crowd in Spanish.

This year the festival brought a new galaxy theme to the artwork that was featured throughout the Empire Polo Fields. Not only did they bring back the giant moving astronaut from 2014, but they brought in some new space art like the “H.I.P.O” display, which featured a rocket on a launchpad with literal hippo workers doing experiments. The “Archive of Affinities” artist Andrew Kovacs put together giant colorful cacti, which added to the desert state of the grounds.

Tame Impala played at Coachella for the fourth time on the Saturday of the festival, but this was the band’s first time headlining. The 90-minute set featured new and old songs and a whole lot of lasers. The kaleidoscopic visuals and hypnotic ring on stage enhanced the performance, but there was nothing more visually appealing than the use of lasers. During hit songs such as “Elephant,” the lasers beamed green into the crowd, making fans gasp in awe.

Every year, Coachella-goers cover themselves in glitter, dye their hair new colors and wear as little clothing as possible to survive the desert heat. Every year, the fest brings a new trend from the latest summer and spring fashion, and this year those styles included neon colors and everything animal print. From snakeskin to leopard to zebra print, the people of Coachella did not hold back accessorizing pants, shirts, bandanas and shoes in the wild patterns. Neon’s comeback was more apparent than ever at Coachella, as well. From nail polish to artwork, to makeup and everything in between, both performers and fans alike put on their brightest colors.

The first weekend of Coachella is known for the star-studded surprise guests artists bring out to assist with their performances. Ariana Grande closed the weekend with the reunion of *NSYNC, Zedd brought out popstar Katy Perry and Halsey stopped by during Khalid’s set. Other surprise guests included Nicki Minaj, Selena Gomez, Cardi B, Vince Staples and Marshmello.

The Best Over Priced Food You’ll Ever Eat

$10 for a coffee, $9 for lemonade and $16 for a burrito? It is no surprise that Coachella does not hold back when upcharging the crowd on food and drinks. Luckily, if you did end up dropping a majority of your bank account on the festival food, you probably do not regret it. The food ranged from juicy burgers to refreshing popsicles perfect for the desert heat. There were plenty of vegan, vegetarian and gluten-free options throughout the festival, providing something for everybody’s diet. But the best part was the inclusion of Postmates delivery. This year, festival-goers could order food from various restaurants on Postmates and have the food waiting for them at the delivery destination.

The 21+ stage changed locations and its appearance from previous years but was one of the coolest and least crowded stages of the grounds. The Heineken House lineup was packed with various electronic, house and techno artists. For a place to cool off, chill out or dance, the Heineken House was one of the best places to go. Also, right across the way is the Arctic Tent, which features a 4D experience put on by HP, featuring music from performer Rufu.