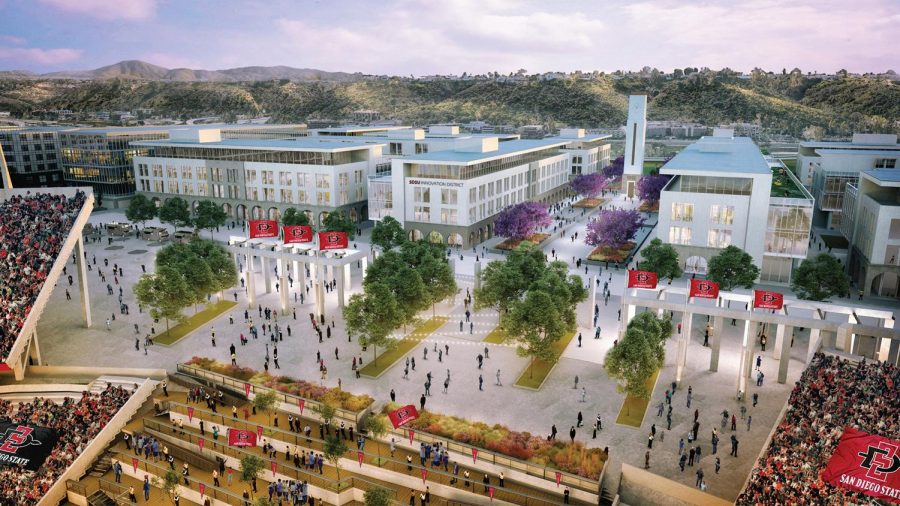 The Gensler firm has been selected to be the architectural firm behind the construction of the Mission Valley stadium, which will be a part of SDSU's future satellite campus on the site.

The architectural firm Gensler has been selected to design San Diego State’s new stadium to be located on the university’s future satellite campus in Mission Valley.

The Gensler firm is based in San Francisco and has designed projects in the United States and internationally, according to their website. Some notable projects include the Etsy building in Brooklyn, New York, the Shanghai Tower in China, and One Microsoft Place in Ireland. The firm also designed the Chase Center in San Francisco, which will be the new home arena for the Golden State Warriors.

Construction is aimed to begin in 2020 and is planned to be finished by 2022, according to a university press release. The stadium will be designed to satisfy various venue settings such as collegiate and professional football games, championship NCAA games, collegiate soccer games, concerts and other events.

Steve Chung, Gensler’s design director, touched upon his vision for the future stadium and the prospect of working with SDSU and Clark Construction — the contractor for the project.

“We are excited to be working alongside San Diego State University and Clark Construction to bring a unique game-day experience to the university community,” Chung said in a press release. “The venue will reflect the dynamic spirit of San Diego while offering flexibility for a variety of events beyond football.”

SDSU is still negotiating with the city of San Diego to purchase the land and draft an Environmental Impact Report, which will analyze the likely environmental effects of the stadium as well as suggest ways to reduce potential environmental harm. The plan is expected to be considered for approval in 2020.

Clark Construction – which was selected in Febuary – and SDSU both selected Gensler in a joint process.