The Daily Aztec • May 8, 2019 • http://thedailyaztec.com/94717/el-alma/christian-victim-of-sexual-assault-said-her-values-fogged-her-recovery/ 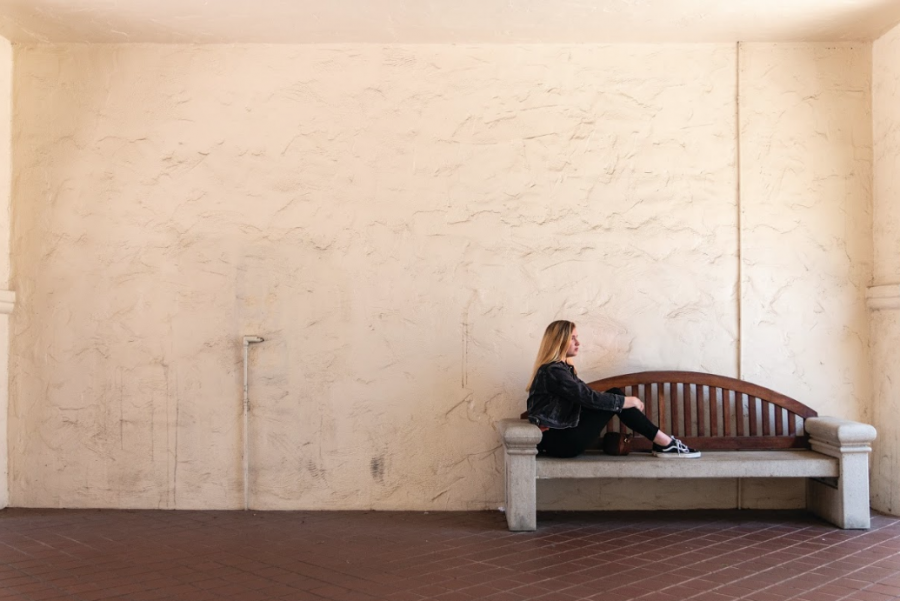 The idea of chastity – or saving oneself from any sexual activity until one is married – is a common belief shared among Christians.

Katie – not her real name – said there was no question during her teenage years of whether she would engage in premarital sex.

“I grew up in a Christian home so a lot of my beliefs and morals were just that you don’t hook up until you’re married,” she said. “That was something that was just part of my values and something that I never thought would be a question if I was going to save myself for marriage.”

It was Katie’s senior year of high school when she was diagnosed with bipolar disorder. She lost a lot of friends because she didn’t know how to deal with her diagnosis, but she eventually found a new friend group. These friends were more interested in partying, something she wasn’t as involved in.

When Katie was approached by her new friends about throwing a party at her house over spring break, she said she reluctantly agreed. When the night came around, the party – which was an open invite to everyone from the three high schools in her town – ended up filling her house with strangers.

“There were probably 60 to 70 people at my house and I didn’t know how to cope with that, so I started drinking,” she said. “That was really one of the first times that I had really drank anything and so (I) got mildly drunk but was not blacked out by any means.”

Around 1 a.m., people began leaving except for a few people who said they were spending the night. Katie then found herself in her room with one of the guys who chose to stick around.

The man, someone from her friend group, entered the bedroom where she was sleeping. He said he didn’t want to sleep on the couch so he came and slept in her bed with her despite her expressing discomfort with the situation. She said he then reassured her that he wouldn’t do anything, leading her to specify that they wouldn’t be engaging in anything sexual.

About an hour later he proceeded to make advances on her, touching her inappropriately without her consent. He then started putting on a condom even though she told him to stop. After that, he proceeded to rape her.

“At that point, (I) just shut down and tried to block out what was happening because I didn’t know what to do because I was so in shock,” she said. “I had no idea how I should respond.”

After it all, she said she felt ashamed for everything that had happened that night. She couldn’t detach herself from the ways in which her sexual assault experience contradicted with her Christian values.

The next morning, some of the guys who had also slept over were talking to the man that had raped her, asking him if they had sex. The man said yes and people assumed it was consensual, an assumption he confirmed. Katie said she didn’t want to play a game of “he said, she said” and told them it was consensual.

“I think that part really played a big role in why I was so ashamed about it and blamed myself for it because I had heard the stories from high school of sexual assault and why it’s a bad thing but it was never prepared for the if it was going to happen to me …  because I never expected it to,” she said. “I didn’t know how to go about filing a police report, I didn’t know how to go about telling people about it, so I just didn’t.”

Word of the sexual encounter eventually spread around their high school, even to the point of some of the moms at her church finding out. Because she told people the interaction was consensual, that blame was cast on her.

“A lot of people started questioning me and my faith and started kind of using that against me and blaming the alcohol,” she said. “Even my parents blamed me for it and they continued to use that as a reason why I shouldn’t drink because they would say ‘You know you can make bad choices when you drink.’”

Because of the shame this caused her, Katie said she even started to avoid going to church with her mentors because of the assumptions people would make about her. The entire experience caused her to reflect on when she was younger and how her life expectations where so drastically different from what she had been through.

“In a matter of one night, I had gone from being innocent to having gotten drunk and then been raped and felt like I completely lost my identity that I had placed so carefully in Christ and in what I thought was the right thing to do,” she said.

She said she questioned if she even deserved love. She said she was in such a vulnerable place that all the negative feedback she got from the parents at her church made her question if she was still a Christian and if God would still love her.

“I definitely went through a few months period of time of just not knowing, like questioning God why, why did you let this happen to me,” she said. “And I don’t think that was something that he let happen to you. I have a strong belief that God is good and so anything that is good comes from God and I don’t think he’s capable of not giving good.”

When she went to SDSU, she realized sexual assault was a much more common occurrence than she knew. Nobody knew her story so this was a new opportunity for her to open up to people about her experience.

She said the biggest part of her recovery was having people listen without getting words of disapproval or disappointment in response. When she told her parents the true story, she said their entire relationship changed. She had an entire community come around her to support her and tell her it would be ok.

“I think just opening up about it, even in a small context, being able to not have to carry it alone, was crucial to being able to deal with it at all,” she said.

She said that it’s important to acknowledge that going through sexual assault doesn’t make you less of a Christian or make you unworthy. She said she believes there is good in everything that God does.

“I kind of came out of that feeling of not being worthy and felt like God was going to use (my experience) for good,” she said. “And I’ve seen him do that and I think that’s kind of why I’ve been able to say ‘It’s ok, I’m going to be ok, because we are a broken people in a broken world’ and that doesn’t mean we’re not worthy of love and that doesn’t mean we can’t come to Christ.”