The Daily Aztec • May 23, 2019 • http://thedailyaztec.com/94768/news/psfa-to-reopen-next-week-could-see-another-two-years-of-improvements/

PSFA to reopen next week, could see another two years of improvements 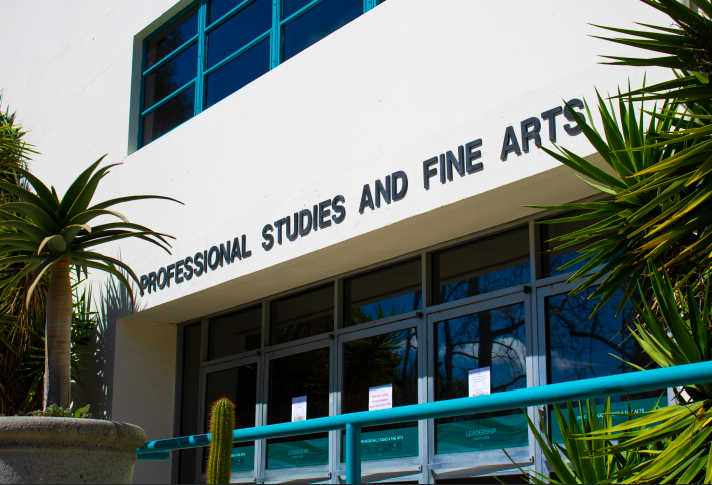 The PSFA building on the west end of campus will shut down temporarily on March 13 after fumes from construction on the roof reportedly caused some faculty members to become sick.

A campus-wide email sent on Wednesday afternoon said the Professional Studies and Fine Arts building – heading into the 10th week of its temporary closure – is set to reopen as early as next week.

The building will be functioning far from its normal level of capacity, with most fall 2019 classes aside from those dependent on PSFA’s labs scheduled for relocation. The email also said former occupants will decide on their future placements through an “intentional decision-making process,” including options to stay out of the building.

PSFA’s closure came after a material used in a roofing project yielded noxious odors in the building. The occupants were relocated to Adam’s Humanities in early March when the odors appeared to cause negative health effects such as coughing, migraines and nosebleeds.

However, two public forums held on the matter in early April showed the relocations were met with mixed feelings. In the April 8 forum, a group of researchers from the School of Exercise and Nutritional Studies said the closure jeopardized their research grants due to limited lab access and that they wanted to return to the building.

The cries to return to PSFA were among the minority at the forums, as most former occupants said they would be uncomfortable reentering the building anytime soon. Wednesday’s campus-wide email addressed the variety of responses with multiple placement options including returning to PSFA, awaiting additional space in Adam’s Humanities, seeking temporary space somewhere else on campus or using modular spaces – which will be set up west of the Music building in July.

Despite next week’s reopening, the building’s recovery is far from over. A university webpage about the closure said the building could see another 15 to 24 months of work, including roof repairs, fire code corrections, window and door replacements, HVAC improvements and other changes tied to concerns voiced at the forums.

Some issues, such as moldy odors and extreme temperature shifts in the building have already been investigated. Mold spores were found in a storage closet and two offices tested positively for low levels of formaldehyde, but the university cited no known health risks in these cases. No cause has yet been determined for the variations in temperature.