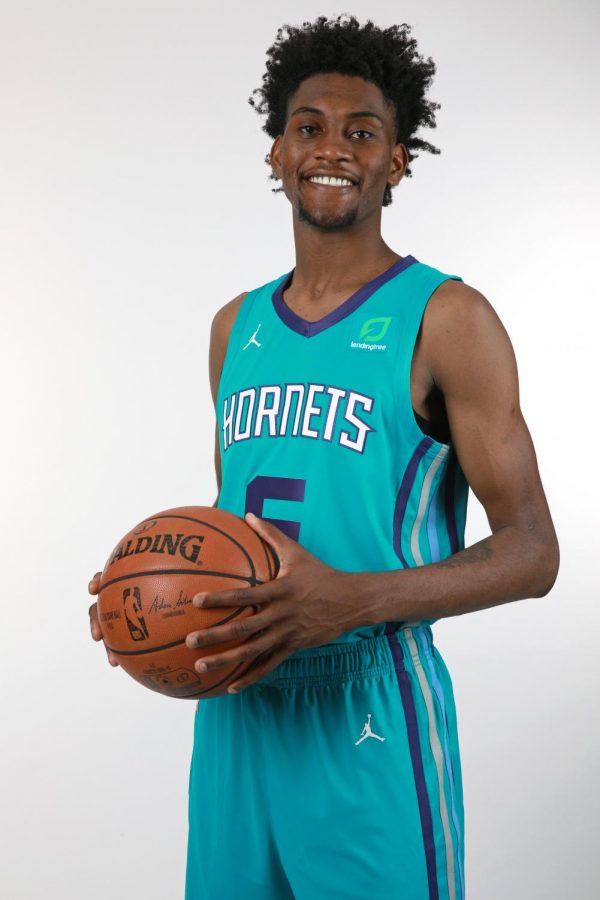 Nearly 10 years ago, former San Diego State men’s basketball forward Kawhi Leonard established himself as one of the best athletes to ever don the Scarlet and Black.

In June, Jalen McDaniels became the first SDSU forward since Leonard to be selected in the NBA Draft.

McDaniels was taken 52nd overall by the Charlotte Hornets after a two-year stint on the Mesa.

The four-star recruit quickly became one of the Aztecs’ rising stars in 2017-18 after redshirting as a freshman one year prior.

In his first career start against Wyoming on Dec. 27, 2017, McDaniels turned heads by posting six points and 10 rebounds.

McDaniels finished the season as a starter and Mountain West Conference champion, averaging 10.5 points and 7.5 rebounds per contest.

Following his breakout season, McDaniels declared for the NBA Draft. However, McDaniels did not hire an agent, leaving him eligible to return to college basketball.

The Federal Way, Wash. native went undrafted and did not sign with a team as a free agent, prompting his return to the Mesa.

As a sophomore, McDaniels was the second-leading scorer on the team, averaging 15.9 points while gathering 8.3 rebounds per game.

McDaniels led the Aztecs to a 21-13 record and the Mountain West Tournament championship game before declaring for the NBA Draft a second time.

Despite signing with an agent after his sophomore year, an NCAA rule passed in August 2017 allowed prospective draft picks to return to collegiate play if they were not selected.

McDaniels, however, was committed to playing at the professional level.

Following his selection by the Hornets, McDaniels played professionally for the first time last month during the NBA Summer League.

The second-round pick played in five games, collecting 3.6 points, 1.4 rebounds and 0.8 assists on 39% shooting from the field.

Although McDaniels made his way to a new roster, he is no stranger to two of his new Hornets teammates.

Charlotte selected former Nevada guard Cody Martin ahead of McDaniels with the No. 36 pick in the draft.

Cody’s twin brother, Caleb, who also started for Nevada the past two seasons, recently signed a contract with the team as a free agent.

During his time at SDSU, McDaniels played a role in defeating then-No. 6 Nevada and the Martins on Feb. 20 – scoring 10 points and securing six rebounds.

In the Mountain West Tournament on March 15, McDaniels led the Aztecs to another upset over the No. 1 seeded Wolf Pack by a final score of 65-56. McDaniels put up 12 points, 10 rebounds and two assists.

Now, McDaniels and the Martin brothers will fight for a roster spot on a team owned by basketball legend Michael Jordan.