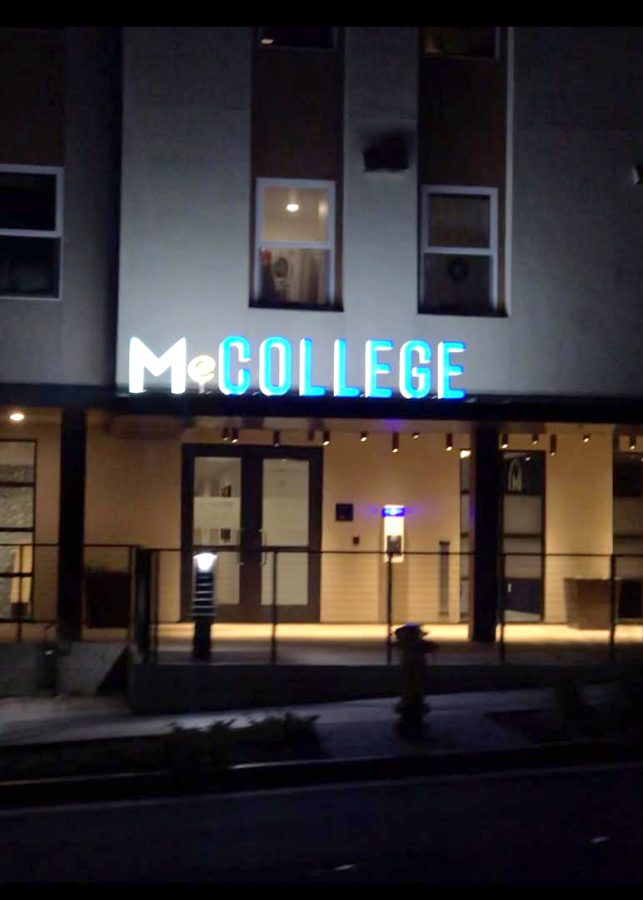 New security measures are being taken by residents of M@College student apartments.

New security measures are being taken at the M@College student apartments near San Diego State after seven vehicles were burglarized on Aug. 11.

In response to the multiple vehicle burglaries, a community-wide email was sent to residents of the complex by Community Manager Sarah Harris. She said the suspected burglar gained access into the parking structure after a door was propped open.

“After much research into the incidents that occurred early this morning, which involved vehicle break ins, it was discovered that the man who did this was able to gain access through a propped door,” Harris said in the email.

Harris advised residents to be more vigilant around the apartment complex in an effort  to prevent similar incidents from occurring in the future.

“Although M@College has cameras and other deterrents, there have been a few vehicles that were broken into,” she said. “We are working closely with police on this issue and we encourage everyone to take extra precautions.”

Some precautions Harris stated in the email include immediate activation of security fobs that allows people to scan into buildings to access and to use the elevators.

“We are going to activate the elevator fobs that were just installed immediately,” Harris said. “This will require you to have your fob scanned to select a floor. If you do not use your fob, you will not be able to move the elevator.”

Biology junior Russell Bik has lived in the complex for two years. He was among the residents whose vehicles were burglarized.

Bik said his vehicle was broken into by shattering passenger side window. His RayBan glasses stolen and the incident amounted to $400 in damages, despite his personal items not being visible from outside his vehicle.

“I was very surprised to hear my car was robbed considering nothing was showing,” Bik said. “I had some belongings in the trunk that weren’t visible from the outside, but the thief just wanted the sunglasses or just didn’t bother to look in the rest of my car.”

The burglaries occurred between 8:44 a.m. and 2:22 p.m. on Aug. 11, according to the SDSU Police Department bulletin. Bik said the communication from property was rapid and resourceful.

“(Property management) has been very helpful with the whole situation,” Bik said. “I woke up the morning after the break-in with a call from the M@College staff telling me what had happened and that there was also a police officer present downstairs wanting to ask some questions.”

Bik said an email was later sent to the residents with a photo of the suspect.

The new additions to security measures, like the newly activated elevator fobs, have been welcomed by Bik. The changes have been seen as an improvement compared to his first year living at the apartments.

“I’m glad they’re starting to add more (security measures) because there was barely any security prevention last year when it was first built,” Bik said. “But overall, I feel safe in my apartment.”

Anyone with information on the suspect is encouraged to contact university police at (619) 594-1991.