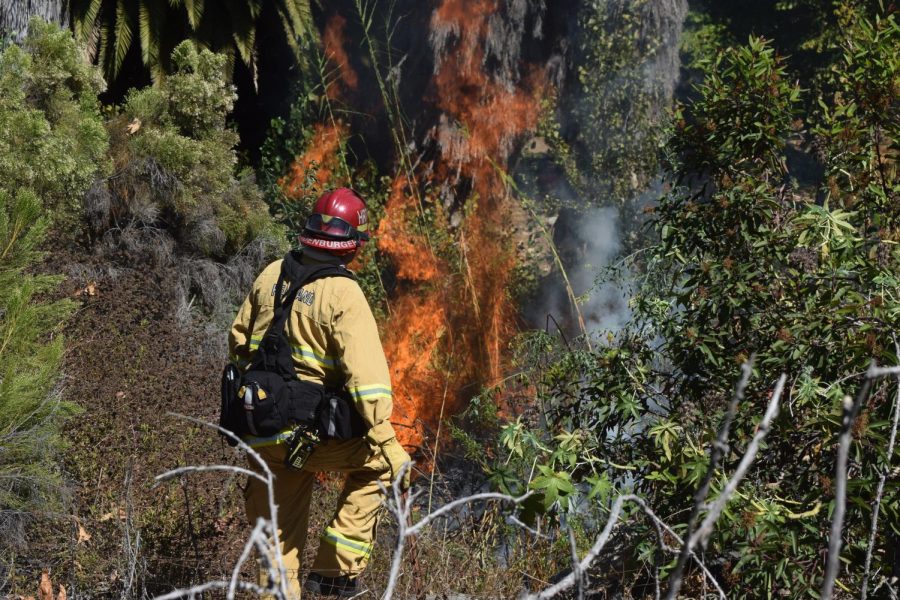 A campus-wide email from university police around 5:30 p.m. said the fire is now fully contained.

The email did not identify a cause for the fire, but it said the San Diego Fire Arson Strike Team is currently investigating the incident.

The evacuation order for Villa Alvarado was lifted at 2:45 p.m. and Alvarado Road was reopened as of 5 p.m., the email said. Residents of the apartment complex, which bordered the fire, may retrieve masks at the front desk to prevent inhalation of any lingering smoke.

A brush fire near San Diego State led to the closure of the I-8 eastbound offramp onto College Avenue, according to Caltrans.

SDSU tweeted around 12:50 p.m. that university police was working with the San Diego Police Department to evacuate the Villa Alvarado apartments on the east end on campus.

This story will be updated as more information becomes available.