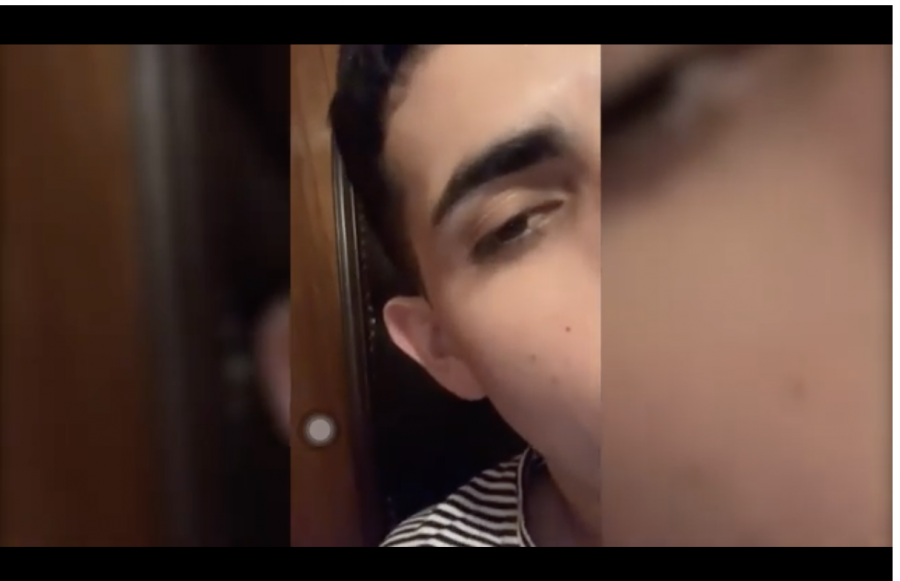 Screenshot of the Snapchat video in which SDSU student Martin Ruiz can be heard making threats to student CJ Simmons.

The San Diego State graduate who made racist threats on Snapchat against a student last April has now been sentenced in court.

Martin Jesus Ruiz received three years of probation, a fine of $850 dollars and is being required to attend a two-day course at the Simon Wiesenthal Museum of Tolerance located in Los Angeles.

This sentence comes after Ruiz sent a series of Snapchat videos in April calling interdisciplinary studies senior CJ Simmons, who is black, a “monkey” and threatening to hang him like an “ornament” off a tree.

Ruiz was charged with one felony and one misdemeanor, according to his attorney Kerry Armstrong. He only pleaded guilty to the misdemeanor.

His lawyer said the case took longer than usual because Ruiz needed time to submit an apology letter and ruc a background check.

“Usually we do sentencings right away if someone pleads to a misdemeanor, but we put the case out a little bit for two reasons,” Armstrong said. “Number one, I wanted to submit an apology letter to the judge that Mr. Ruiz had written … Number two, they had to do a gun check because he is now banned from owning a firearm for at least 10 years in California, actually any kind of gun, I should say.”

Armstrong said in his 21 years as an attorney, Ruiz wrote the “best apology letter” he’s ever seen.

“I don’t think (Ruiz is) saying these things just to try to get out of trouble,” Armstrong said. “I really think he does feel sorry about what he did and what he said. Hopefully, he will come out of this a better man, I really think he might.”

The letter, which is three pages in length, is directly addressed to Simmons. Ruiz discusses his regret about what he said as well as his understanding of his mistakes as a first generation Mexican American.

“I reacted impulsively and and inappropriately to remarks that you made against my friends’ rap video on social media and completely misdirected my anger,” Ruiz wrote to Simmons. “In the heat of the moment, I was triggered by your reaction to Jozef Luke Majas’ video and instantly became consumed by anger and emotions — which led me to articulate sentiments that are an inaccurate reflection of my character.”