Column: Duo of O’Sullivan and Turnlund provides steadiness for Aztecs 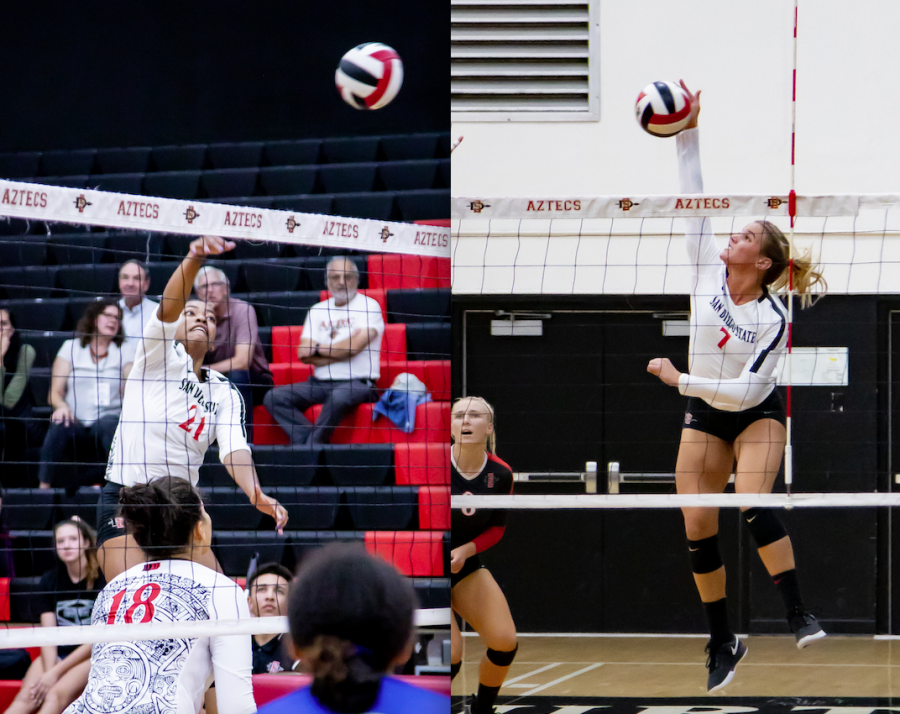 Two players on San Diego State’s volleyball team have these statistics through 13 games.

Furthermore, both of these players ranks third and fifth in the Mountain West Conference in kills and fourth and sixth in average kills/set.

Who would you pick?

Turnlund and O’Sullivan have become a consistent force for the Aztecs on offense, but head coach Deitre Collins-Parker said they do not even play at the same time.

“They are on opposite times, so we need them both to be good,” Collins-Parker said.

These two Aztecs have kept the team steady throughout the season.

The importance of their performances remains big as O’Sullivan ranks fifth and Turnlund ranks seventh in the MWC in points.

O’Sullivan said the combination of her and Turnlund gives the team confidence, even when they are not on the court at the same time.

“It’s good to have both of us being able to do our job,” she said. “(You) can’t have one person get all the points, so it’s really good to have Hannah. We rely on her a lot. It’s comforting to have her on the court when I’m not on.”

In addition to Turnlund and O’Sullivan, the team has gained depth at the outside hitter position from junior Erin Gilchrist, who returned to action from injury against Grand Canyon on Sept. 14.

“Erin is super important,” Collins-Parker said. “She’s swinging at a high point and doing some things. She has to improve her blocking and be more of a presence (on the court).”

Collins-Parker said Gilchrist’s presence up front adds to the depth of the squad.

“Having someone that size at the net is so important for us to have options,” Collins-Parker said. “Knowing that we have (sophomore outside hitter Maddie Lenn) and a few other options off the bench that can do some things for us (it shows that) depth is so important.”