How my past turned me into a proud Latina 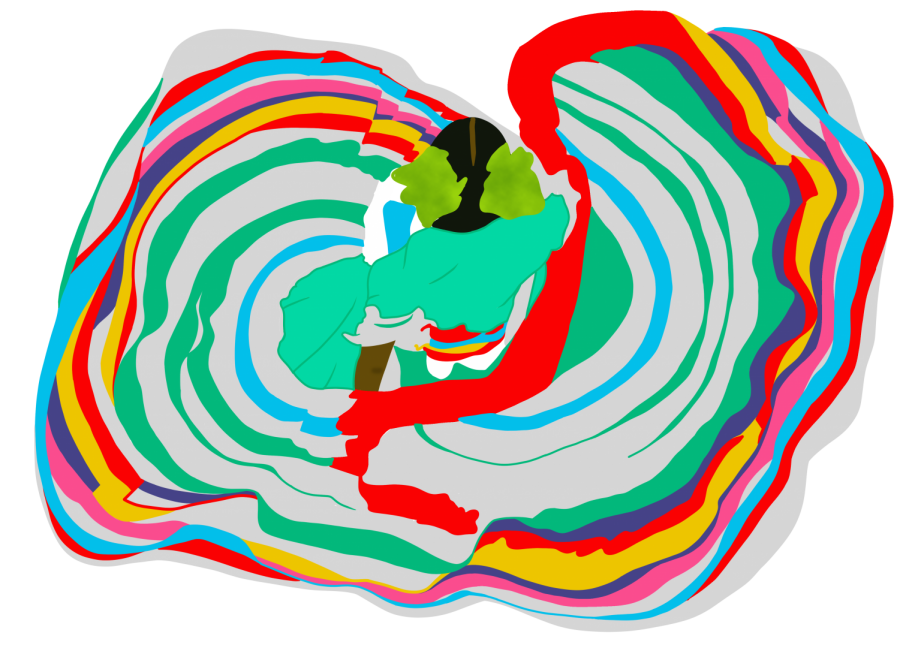 In honor of this week marking the halfway point of National Heritage Month, I would like to share a few ways we, Latinxs, bring the sugar and spice to this multi-flavored nation.

The period from Sept. 15 to Oct. 15 is the month where people recognize the contributions of Hispanic and Latino Americans to this country’s history, heritage and culture. U.S. residents — Hispanic or not — use this time to organize festivals, art shows and community gatherings as a means of paying tribute to the largest minority in the nation.

As a Mexican-American who has lived in Tijuana, I see this as the perfect opportunity to touch on a few characteristics of the Mexican culture that bring a smile to my face.

Every New Year’s eve, my family goes to my tia’s house, eats 12 grapes, makes 12 wishes, lights sparklers and concludes the countdown with an interesting trip around the neighborhood. To most people, running around a cul de sac with blow horns in our mouths and empty suitcases in hand at midnight might classify as a sign of delusion. To us, it’s how we ask the new year for travel opportunities.

Another peculiar detail about my culture is that Mexicans like to use empty-branded food containers to store leftovers instead of always using Tupperware. I’ll leave you to imagine the confusion I faced upon finding spaghetti in a Yoplait container labeled “vanilla yogurt” last week.

While the aforementioned characteristics are what have shaped a part of my cultural identity, they aren’t the same attributes that other members of the Hispanic community may identify with.

For elementary education senior Jessica Blas, growing up in a Mexican-Panamanian household meant being surrounded by hacienda-themed decorations and the aroma of her Panamanian grandmother Lolo’s yucca fries, arroz con pollo and beef stew rice. It also meant having to correct people who failed to acknowledge her Latin American roots.

“People always assume that if I’m Hispanic or look a certain way that I’m (just) Mexican because they aren’t aware of Latin America,” Blas said.

In 2008, Blas visited the Panamanian city of Colón and the island of San Blas where she was able to experience her Hispanic culture first hand. The warm hospitality and folklore dances performed by people in polleras or embroidered, multicolored attire are a few things to credit for Blas’ cultural pride.

“I have always been proud of who I am and my ethnicity,” Blas said. “I have taken a lot of Chicano/Chicana studies classes and it’s important to share your culture with other people and just being proud of where you come from.”

Cultural identity isn’t always established through traditional cooking or trips to a Hispanic country. English senior Victoria Martinez said her genealogy is what makes her Mexican.

“What makes me Mexican is the fact that I am Mexican, that my skin is brown and that Spanish is my first language and (that I) grew up in Mexico and spoke Spanish at home,” Martinez said, after expressing the difficulty of having to state the specific qualities that contribute to her ethnic being.

Openly identifying as Mexican is something fairly new to Martinez. She said she didn’t start adopting the label until she saw the discrimination targeted at her background and where she came from. When she did begin identifying with her Mexican heritage, she said it felt rebellious.

“When I was young I was ashamed to be Mexican … people thought I was dumb because I didn’t know English,” Martinez said. “Learning to think I’m beautiful was a whole process and as I get older, I’m starting to love my origins more and more.”

In contrast, public relations senior Sabrina Basurto said growing up in San Diego’s Hispanic-populated South Bay region made it easy for her to accept her ethnicity early on.

“I never wanted to be any other culture but Mexican,” she said. “I always try to see something Mexican in everyone, even if they’re not Mexican.”

Basurto strongly identifies with the Mexican family values her parents instilled in her. She’s especially fond of her family’s loyalty to each other and how they show support for one another unconditionally. The Basurto family members always make sure to eat dinner with whoever is home during the week and gather around the table every Sunday morning to eat breakfast together.

Basurto’s favorite thing about being Mexican, with the exception of the cuisine and her ability to speak two languages, is being a part of such a unified family. She also appreciates the benefit of connecting with other minorities.

“Because I’m Mexican, I can relate to a lot of people. I’m also a minority and understand a lot of the problems people go through because I have experienced them,” Basurto added, “(As a) minority in the United States, I feel like I can interact with a lot of Mexicans but also a lot of African Americans (and) Asian Americans as well.”