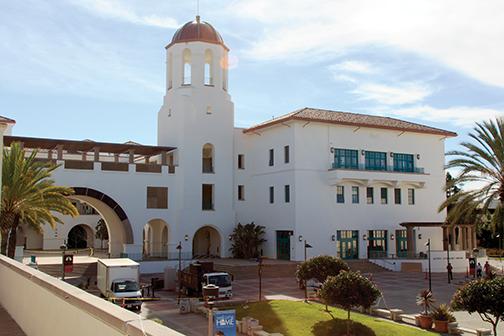 Named after the Kumeyaay word for “eagle,” SHPA stands for Supporting High-Intensity Mental Health Needs of Native and Indigenous Youth: School Psychologist and Counselor Advanced Preparation, according to Robinson-Zañartu.

SHPA is a project that seeks to promote the success of Native youth, train people to return to their Native communities and make a difference there and to give back to the people who are the first people of the land.

Robinson-Zañartu said SHPA will use the grant money to support their cause of training graduate-level school psychologists and school counselors to work with Native American populations, while supporting Native American youth with their mental health needs.

SHPA also partners with the Native American community, including leaders, elders and parents.

“The main piece of it is community building,” Leigh-Osroosh said. “I’m not saying that the community is not already there. The nations are there. It’s not that this program is to build them up, but it’s to take the strengths of what’s there and continue to foster its growth by connecting with teachers, students, family and with the overall community.”

Robinson-Zañartu said 65% of the grant funds will go directly to the students to help support their graduate education and tuition. The money will also be used to pay for some of their living and transportation costs, among other administrative needs.

“A lot of our students wouldn’t be in graduate schools without this support,” Robinson-Zañartu said. “Another chunk of money goes into foundation. What’s left of it goes to the staff and trainers, and in some cases, some of those trainers and mentors that come in are Native American.”

The SHPA has partnered with graduate programs in the College of Education department at SDSU, including school psychology, school counseling and special education. SHPA also has connections and partnerships with Kumeyaay parents and community members, the National Native Child Trauma Center and the Mt. Empire School District.

SHPA aims to better prepare a cohort of school counselors and school psychologists to respond to the mental health needs of Native American youth through the grant, Lambros said.

“Right now, there’s a profound gap in the number of school and educational staff that come into contact and understand the historical experiences and both the educational and mental needs of Native American youth,” Lambros said.

She said faculty has talked about the complex historical trauma that indigenous and Native American communities have endured and the ongoing adverse school experiences that have contributed to depression and staggaringly high rates of suicide among tribal youth.

Native American youth are disciplined more harshly for the same infractions as other students and experience more expulsion and suspension, Lambros said. Additionally, these students are often denied access to curriculum and identified for referrals to special education, thus negatively impacting their school and education experiences.

“That ripple is reciprocal. It isn’t just one way,” Leigh-Osroosh said. “So it comes back towards us as well in terms of learning and growth. These relationships are mutual. In honoring and respecting what’s being contributed to us in terms of support and shared knowledge and then what we’re able to provide in terms of training and putting these students to work within certain communities and their communities.