‘Sustainability Has No Borders’ event explores environmentalism in global context 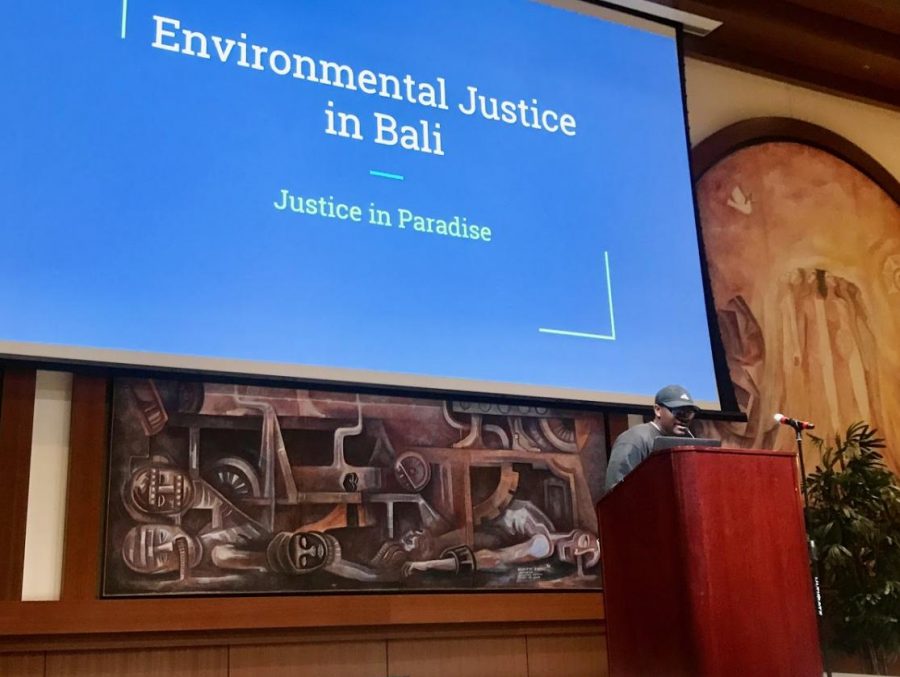 San Diego State’s Office of Sustainability makes consistent efforts to promote environmentalism on campus, but their latest event aimed even further than the city.

“Sustainability Has No Borders” was held on Oct. 22 and focused on pushing environmental efforts beyond America.

The event was catered and sponsored by Plant Power, the first plant-based restaurant at SDSU, and featured seven guest speakers. Panelists included professors, alumni and representatives from environmental and federal organizations.

Members of the US Environmental Protection Agency spoke at the event about their projects regarding environmental problems along the border. The Border 2020 Program is working to help enhance the quality of life for people living on both sides.

“We’re improving the quality of life for border residents while reducing effects on the environment,” Aguirre said. “Sustainability has a lot of definitions, but we think it has been a bit short in talking about climate change and talking about it directly and talking about resilience and adaptations.”

Jessica Helgesen from the EPA spoke about the program on a nationwide level, and how the agency is split between regions. She described the challenges that are faced within the San Diego region.

“It’s super difficult to have regulatory work or projects that don’t cross boundaries when your environment does,” Helgeson said. “Our programs have tried to touch on those.”

One panelist spoke not only about efforts that need to be made along the border, but also across oceans. Environmental science senior Christopher Davis discussed his experience studying abroad in Bali, and how western tourism affects their culture and environmental education.

“For thousands of years, when they ate something they just threw it on the floor because whatever they made was used from natural materials,” he said. “With the influence of western culture’s plastics and metals, they had the mindset of still throwing things on the ground thinking they’d decay, but they, of course, don’t.”

He also spoke about Bali’s 18 principles of climate justice, which address the contributing factors of climate change. These principles act as a code between the state and the organizations within the country. Davis highlighted several points that included the exploitation of fossil fuels, the rights of indigenous people and solutions that do not conflict with women’s rights. He concluded his presentation by stating that all countries should follow their example.

Political science junior McKenna Avery organized and hosted the event. She said her experience as an outreach intern at the sustainability office and studying abroad is what inspired her focus on worldwide sustainability.

“We have to collaborate,” Avery said. “We’re on the same fault line, we share the same storm, we are there for this air pollution All of these environmental problems don’t care if there’s a line or if on paper there’s a border. It will cross no matter what. So it really spoke to me with all these different examples on why we have to change globally.”