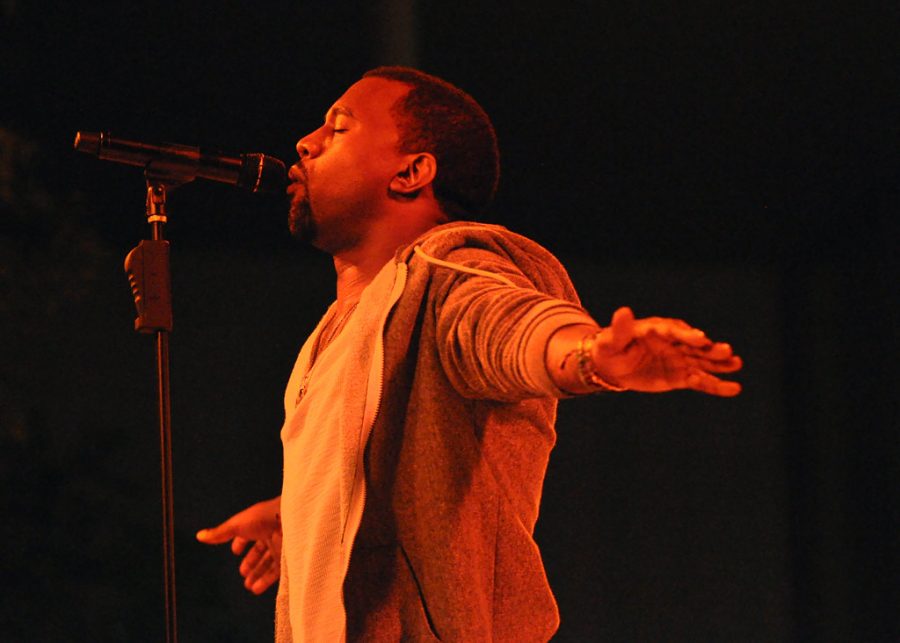 The project contains 11 tracks and features guest appearances from artists such as Ty Dolla Sign, Clipse and Kenny G for a total runtime of 27 minutes.

Kanye received much controversy over the disorganized rollout to his album release and his decision to center the album around a gospel sound. He originally planned to drop the album last year before having it delayed numerous times.

Following his recent “religious rebirth” to Christianity as well as his weekly Sunday Service sessions where he gathers a gospel choir to cover various gospel songs and informal sermons, the album’s focus and overarching theme does not come as a surprise.

Despite his fans’ doubts about Kanye tying his musical endeavors with his religion, he stood strong in his decision. According to a New York Times article, he firmly asserted the reason for the album’s themes in a listening party prior to the album’s release.

“This album has been made to be an expression of the gospel,” Kanye said. “(The album’s purpose is) to share the gospel and the truth of what Jesus has done to me.”

Kanye also addressed the controversy directly in the album through the song, “Hands On,” featuring gospel singer Fred Hammonds. In it he raps, “Said I’m finna do a gospel album / What have you been hearin’ from the Christians? / They’ll be the first ones to judge me.”

With luscious production that’s reminiscent of earlier works such as his first album, “The College Dropout,” it is clear Kanye incorporated much of his old, soulful sample-based production that fans and casual listeners alike admire and gravitate towards.

Standout tracks of the project include “Selah,” “God is,” “Everything We Need” and “Use This Gospel.” While the project overall has outstanding instrumentals similar to what fans consider “old Kanye,” many of his lyrics throughout the album are sub-par at best.

Despite the lack of substantial lyrics, Kanye did incorporate new elements such as a more focused effort into his singing in this album that isn’t as prominent in his past works.

One track that exemplifies this is the song “Use This Gospel,” featuring the rap duo Clipse and acclaimed jazz saxophonist Kenny G. The song centers on Kanye preaching God’s forgiveness and showing gratitude for his blessings as he sings, “Use this gospel for protection / Its a hard road to Heaven.” Coupled with exceptional verses from rappers Pusha T and No Malice as well as a Kenny G saxophone solo, the song is definitely a highlight of the entire project.

Despite all the controversy surrounding the album and its release, Kanye did reveal in an interview that he intends to release another album on Christmas day titled, “Jesus is Born.” Considering his recent antics with delaying projects constantly and pushing back deadlines, this upcoming project may or may not see the light of day on Christmas.