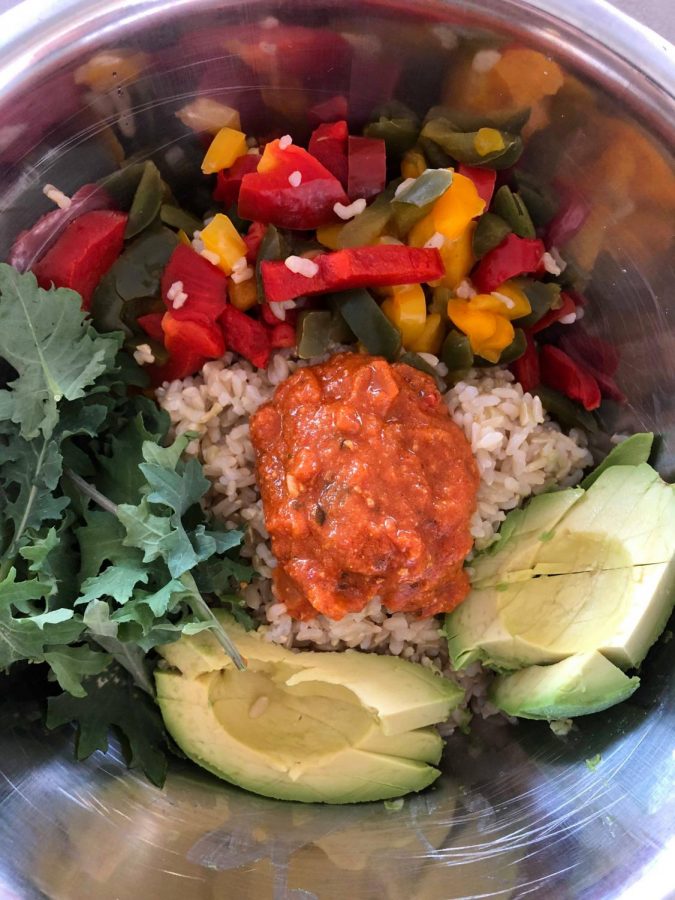 For some college students, life on campus may be a confined space with limited cooking appliances, such as a microwave and mini fridge. Depending on creativity levels, this could pose a challenge to eating something other than a bowl of cereal.

Even with kitchens bigger than a few square feet, the stress from time-consuming school work and other activities can contribute to a lack of motivation to cook meals at home.

Well aware of the reasons why a cup of noodles might sound like a more practical dinner option than a more nutritious, home-made meal, the Well-Being and Health Promotion department at San Diego State is offering free cooking classes to change mindsets on healthy eating.

The C.H.E.F. (Cooking Healthy Eating Fresh) cooking classes are free to all registered SDSU students usually don’t exceed an hour, according to public health graduate student Lauren Bossi. Despite the longevity of the class, Bossi said the recipes only take about 10 minutes to prepare.

“We teach students really simple, easy recipes they can make in their dorm, often times without heat or the use of a lot of equipment,” said Bossi. “(We use) ingredients from Trader Joe’s or BrightSide Produce.”

With the help of the university’s Mobi cart, or the Health Promotion’s Mobile Demonstration Kitchen, Bossi and food and nutrition senior Jackie Laniado demonstrated how to make a roasted veggie bowl in the latest cooking class.

Students in attendance were first tasked with completing a survey that asked about their thoughts on cooking, eating healthy and other information. Upon the completion of the survey, the students took to the cooking stations.

Sitting behind a neatly assorted group of cooking utensils, students worked in pairs or on their own to create the veggie bowl.

Bossi and Laniado led the class with easy-to-follow instructions while providing details of the ingredients’ nutritional values and tips on where to buy them.

Participants followed each step by going up to the mobile kitchen and adding ingredients such as brown rice and kale to their bowls. Other foods such as hemp seeds and spices circled around the room at each cooking station.

When it came time to cook frozen chunks of bell peppers, the room experienced an unexpected technical issue with the the burners’ fuel source. Amidst jokes of survival tests, the instructors turned to the working microwaves for heating and continued with the class.

Shortly after, most students finished their hearty bowls of veggies topped with avocado and hemp seeds by mixing in a spoonful of Trader Joe’s pepita salsa — a red soupy mixture of pumpkin seeds, tomatoes and bell peppers.

A vast majority of the participants seemed content with their finished product considering some didn’t hesitate to eat their meal straight from the bowl.

Apart from being able to enjoy her roasted veggie meal, speech and hearing sciences junior Joanna Mahfouz said the most enjoyable part of the class was the ease of the recipe.

“I thought it was fun and really simple,” Mahfouz said. “Even though they had some difficulties, the whole thing only took around 10 minutes to make so I liked the easy aspect of it.”

Others seemed to be more intrigued by the complimentary reusable tote bag filled with cooking supplies they were given upon completing an exit survey. Laniado said in addition to the free meal students learn to cook, participants were also given a kit that includes a cutting board and other goodies they can cook with.