Money is not a reflection of how successful someone is 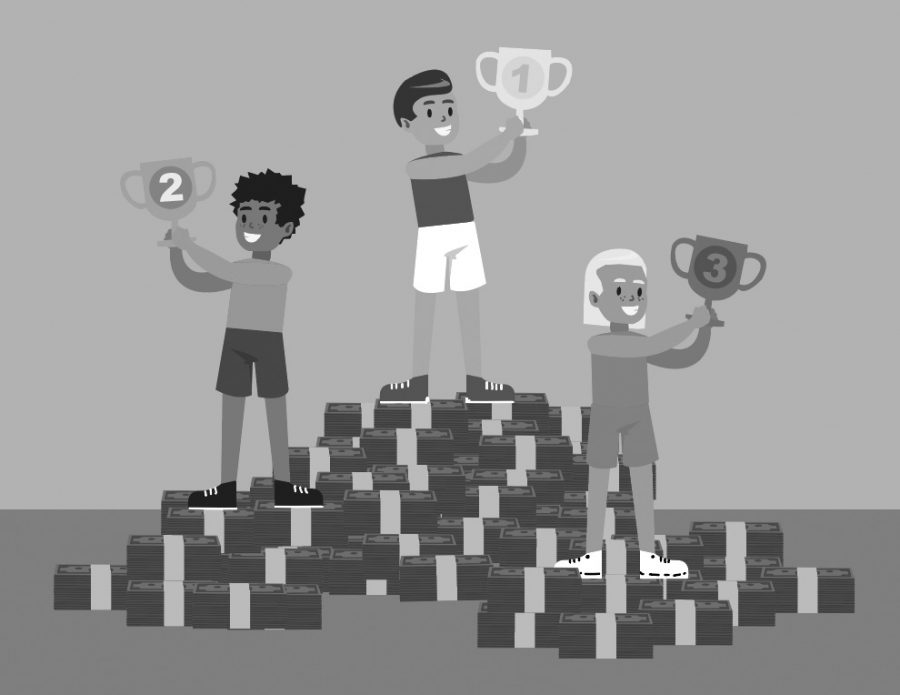 To some, it is rising up the ranks in their career and making a boatload of money. To others, it is finding a purpose for their lives. Some even argue success is only ascertained through happiness.

In this day and age, many college students and 20-something-year- olds heavily associate success with the concept of money and being able to live an affordable lifestyle. Something achieved through going to college, finding internships and running the rat race that has become life.

The milestones of success are not even clearly defined. When are you successful? Is it when you can buy your own car? Or when you have a $1 million salary? How are you able to know when you’re truly successful?

The ever-growing competitiveness of society is only adding to the pressures students face to become “successful.”

The rise of social media influencers has extended these pressures furthermore. Now, college kids are barraged with social media posts of people who have become insanely successful at young ages.

These people are our role models. They’re examples we use in our daily lives, and we want to achieve what they have at the ages they did.

Even more so is the ideal life our parents and earlier generations have been able to achieve. But back then there were fewer pressures on society as a whole, competition was more rare and the general idea of success was just more attainable.

But all these things have changed –  success is not as easily attainable, yet our goals are still aligned with those from 50 years ago.

We feel as if we have failed, if our lives are not put together by the age of 25.

These pressures have derailed mental health and have become such a focal point of our generation that not many people talk about it.

To us, going to college, stretching ourselves thin and constantly working is normal. We are working so hard and so much to the point where mental health is becoming increasingly affected.

Is that what society should want out of our generation and generations to come? Where constantly working to achieve a goal, that isn’t even clearly defined, goes hand-in-hand with mental health issues?

Success should be on our own terms, but as young adults we are constantly pigeonholed into a path that nobody has time to figure out what success means to them.

And that’s just it. Success means something different to everyone, so how is it that almost all of us are trying to go down the same path?

In college you have to choose a major by your second year at the very least, but how is it that someone who isn’t even old enough to drink yet has life so figured out they know exactly what they want to do?

I thought I wanted to be a doctor for most of high school, but it wasn’t until my senior year that I realized I would probably be miserable.

When I applied I was undecided, and right now I am declared as a journalism major. But, honestly it does not have much to do with the career I have in mind. And when I graduate, who knows what I’ll be thinking.

As much as us college students like to think they are adults, we’re still kids. Kids who change their minds about everything all the time.

And if we are constantly thinking differently, why are our definitions of success all on the same warped path?

Success should be on our own terms not an antiquated goal with no clear cap.