Everything we know about the death of an SDSU freshman 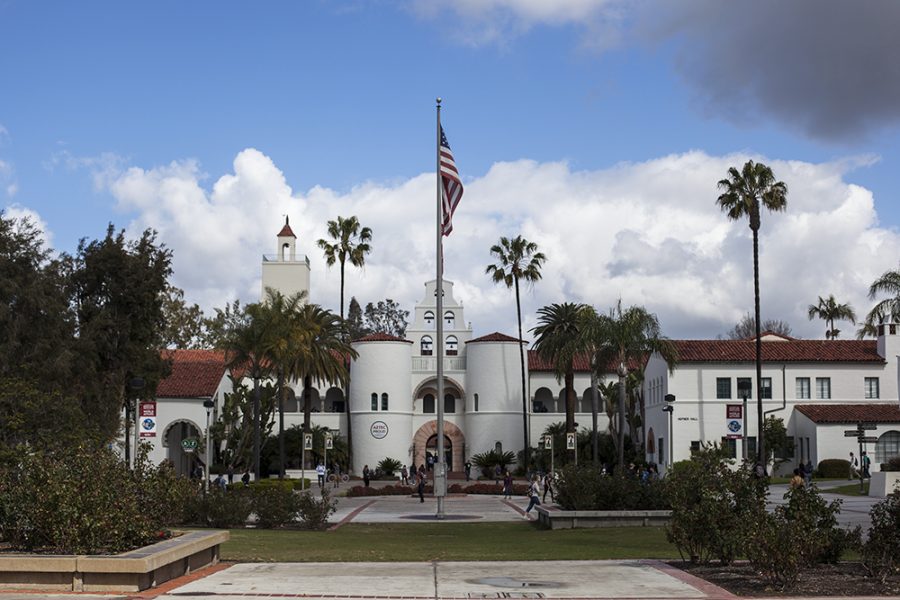 A San Diego State freshman died on Nov. 8 after allegedly attending a fraternity event, resulting in the suspension of all 14 Interfraternity Council-affiliated chapters.

What Happened This Weekend

A press release from the county medical examiner’s office said Hernandez “was found pulseless and apneic by his roommate in their dorm room” in the early hours of Nov. 7.

The report said he was then transported to Alvarado Hospital for treatment. He was pronounced dead on Friday, Nov. 8.

Hernandez, who lived on the sixth floor of the Tenochca residence hall, was a freshman pledge in the Phi Gamma Delta fraternity, or FIJI, said someone who lived on the same floor and spoke on the condition on anonymity.

In the wake of the investigation, de la Torre announced the suspension of all 14 IFC-related fraternity chapters in a statement released on Nov. 8.

The National Pan-Hellenic Council, the College Panhellenic Association and the United Sorority and Fraternity Council, or chapters affiliated with those organizations, are not affected by the suspension.

How We Got Here

This week’s fraternity suspensions are far from the IFC’s first brush with disciplinary action from the university.

In September, three IFC-affiliated fraternities — Delta Upsilon, Phi Kappa Psi and Sigma Phi Epsilon — landed on interim suspension for alcohol-related incidents at fraternity events that led to hospitalizations. Three additional IFC chapters joined them on interim suspension in October, with Kappa Sigma and Sigma Alpha Epsilon disciplined for alcohol and health and safety violations. Theta Chi was disciplined for violating alcohol, health and safety and hazing policies, with violations of dishonesty and harassment and abusive behavior.

At the time of Hernandez’s death, four other chapters were subject to university investigations, bringing the total number of IFC-affiliated fraternities under some level of elevated judicial status to 10 out of 14.

The interim suspensions came but a year after the IFC ended its self-imposed social moratorium, or party ban, in October 2018. The social moratorium had been implemented in March of the same year amid administrative investigations that brought six fraternities to an elevated judicial status. The social moratorium prohibited any chapter events involving alcohol and required fraternity members to attend educational events aimed at creating a “culture change” within the organization.

The council, in announcing the end to social moratorium, also imposed a hard alcohol ban at all fraternity events.

“This is part of a larger issue facing college and university campuses nationwide and we want to ensure SDSU is leading the conversation regarding student safety and well-being,” the statement said. “To do that, we are launching this process to identify and adopt best practices for the benefit of all of us.”

The university is currently identifying chairs and members for each task force and intends to have its first meetings this month. Members of the SDSU community are encouraged to provide input on these decisions.

The Presidential Task Force on Student Activities and Safety will have an emphasis on reviewing Greek life, student organizations and Associated Students, while the Presidential Task Force of Alcohol and Substance Misuse is dedicated to behaviors, trends, policies, prevention and responses to alcohol and drug use at the university, the statement said.

Second-year economics graduate student Joey Erece said he was saddened to hear of Hernandez’s passing. He also said despite not being a member of Greek life, he wasn’t shocked given what he had heard about fraternities on campus in his six years at SDSU.

“I think based on what I heard, based on what I’ve seen with my friends being in Greek life, it’s not super unexpected, but definitely really sad and tragic,” Erece said.

“I don’t know what she should do per se because I don’t really know the whole details on everything, but I trust her and I feel she’s like taking the right steps,” Bosshart said.

“I think she did the right thing by starting with suspension, because I think everyone just needs to take a step back,” Handa said. “After this, I don’t know … I think it’s really easy to pin it on (the fraternity).”

“As much as people want to go automatically to blame the frats, I think a lot of it has to acknowledge that kids need to be responsible for their own actions sometimes,” Huntington said. “They need to know their limits with alcohol.”

Huntington also said the fraternity is not fully to blame.

“At the end of the day, it’s not like he died in the frat house,” she said. “So while it’s something really tragic and there was definitely fault with the fraternities because he was underage, at some point it’s not necessarily their fault.”

Biology Freshman Emma Hostetter said Hernandez’s death was a tragedy that may have been avoided with proper health and safety regulations.

“In addition to the alcohol regulations, I think there needs to be better safety regulations on the bunk beds as in better railings on the side, because it is easy to fall off,” she said. “I sleep on a top bunk at Zura … it’s extremely easy to fall off.”