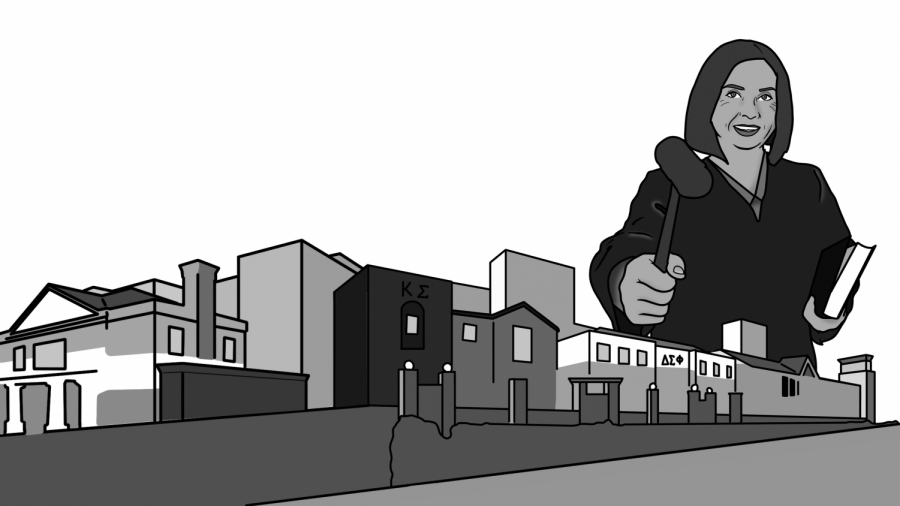 There is nothing that saddens us more in the newsroom than having to report on the death of one of our own. In our time at San Diego State, we practice journalism, but we are all students first. The recent death of freshman Dylan Hernandez is nothing short of a tragedy.

Although we are still lacking confirmation of vital details surrounding his passing, it is clear the situation was tied to one of the university’s 14 Interfraternity Council chapters. An official medical examiner report released Nov. 11 details how Hernandez had reportedly been at a fraternity party prior to the incident that led to his death. President Adela de la Torre promptly suspended all IFC-affiliated chapters after word of his condition was released this Friday.

The county Medical Examiner’s Office presents an image that’s hard to forget, citing how Hernandez “was found pulseless and apneic by his roommate in their dorm room.”

He only survived 75 days at SDSU, barely half a semester. This should never happen.

At this point, the safety of our school and community has been compromised. Campus communications have said the IFC suspension will remain in place while the university considers “next steps.” To say something needs to change would be an understatement.

The question ultimately boils down to whether IFC-affiliated fraternities should be allowed to remain on campus. While the prospect of an SDSU without this portion of Greek life may seem unfathomable to many, we find this potential response to be within reason. This is not the first fraternity-related death to happen on a college campus and it won’t be the last unless real change happens.

We are not ignorant to the vast benefits of Greek life, but our priorities lie elsewhere. Dylan Hernandez – at only 19 years old – is no longer with us, and any method for preventing another tragedy of this magnitude demands consideration.

On that note, this is not to say we wouldn’t be in support of other options. If the university could find a way to make Greek life safe while maintaining its existence, we’re all on board.

But there are a few things we would like to remain in consideration as this process continues.

For one, students should recognize Hernandez’s death is one of very few fraternity incidents that’s actually been confirmed and reported to the public. This is true despite the fact that, before Friday, 10 out of the 14 IFC-affiliated fraternities were already subject to some kind of suspension or investigation. The details of the incidents behind these cases hardly meet the public eye.

When fraternity cases do see the light of day – normally following a long-awaited public records request – the details can be disturbing.

Public documents obtained by The Daily Aztec in 2018 showed how a freshman had to receive medical aid after being found “highly intoxicated” in a dorm restroom. He had just returned from a Phi Kappa Theta party.

That fraternity was officially removed from campus for a minimum of seven years in 2017. But it was a long demise, as the incident marked the ninth time in seven years that the same chapter was in hot water over alcohol violations. At least five of those cases involved disciplinary action.

Sometimes suspensions are just not enough.

On top of this, it is impossible not to consider the number of cases that go unreported or undiscovered throughout SDSU’s fraternity system. The level of secrecy surrounding SDSU’s Greek community is, frankly, concerning.

The reality is, this is a worst-case scenario and it must be treated as such. We would love to see Greek life survive and prosper long into the future, but we hope the same for our students. People, not organizations, come first and foremost.

When a student leaves their family to join ours at SDSU, they should be protected.

No student should have to worry about not surviving through their graduation date.