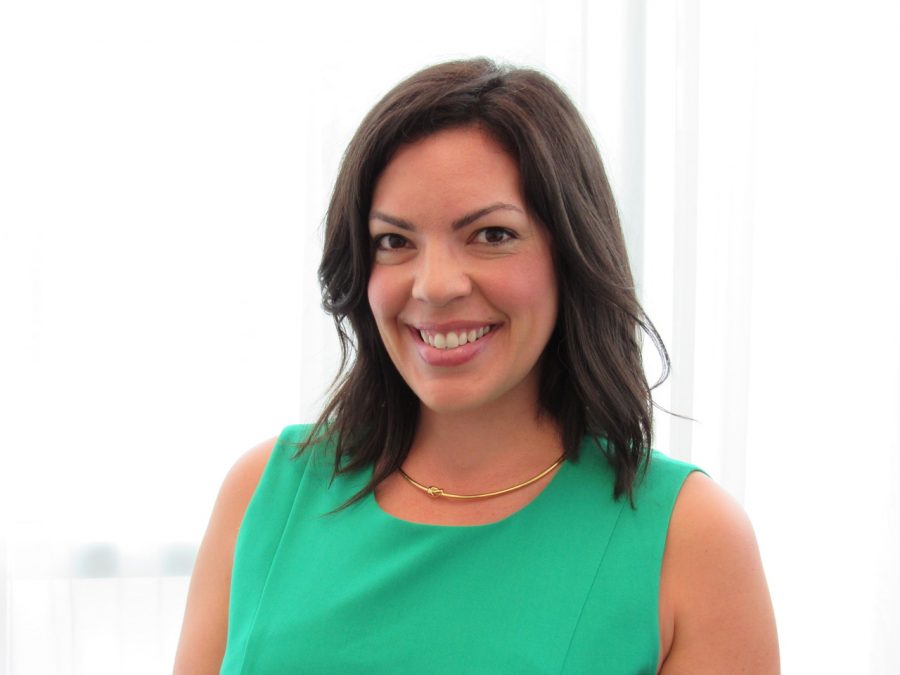 Angela LaChica was recognized by the California Women’s Leadership Association for her incredible leadership.

On Nov. 7, LaChica was recognized by the California Women’s Leadership Association for her incredible leadership within the community.

“Leadership is so important to me,” LaChica said. “So I was really honored.”

LaChica, a San Diego native, decided to stay local and attend SDSU. After graduating from the university , she earned a master’s degree in sports management. She spent many years volunteering and working for sports teams before reading an ad in The Daily Aztec about an open position as a Student Manager for the SDSU Men’s Basketball Team.

“Isn’t that funny how it came full circle? I mean I was 17 years old, my birthday is in late August, so it was that week that I read it, and that’s 22 years later now,” La Chica said.

LaChica was surprised by the announcement she had won the award. Her nomination came from a woman who supported LaChica from the beginning of the company. When she received her award, she dedicated it to Coach Steve Fisher, who led the SDSU Men’s Basketball team when she first joined the staff.

“Coach Fisher absolutely set the tone,” LaChica said. “He wasn’t crazy about having a female, and now he was at my wedding. I couldn’t imagine this without him.”

Before launching LaChica Sports in 2007, she was the Vice President of the San Diego Sports Commission. LaChica founded her company after encouragement from players on the San Diego Chargers, whom she met through her role at the commission.

During that time, she received a call from NBA player Lebron James’ manager inquiring about setting up a basketball camp in San Diego.

“He said, ‘I heard you’re the girl to know in San Diego sports. We want to hire you,’” LaChica said.

After James became a client, the foundation of LaChica sports was set, and it was up to her to further establish her name and her company.

As of now, she handles most of the travel by herself, and she frequently takes business trips around the country to see clients. LaChica credits a lot of her success to her support system of family, friends and her husband.

“For as patient and as supportive as they were, I couldn’t have done that without them,” she said. “I have a husband who is so supportive. I still couldn’t do it without them today.”

LaChica Sports is an all-female company working with marketing, public relations and media for clients in the NBA, MLB, and the NFL.

“I do what I can to advance women in our industry and lift each other up,” LaChica said.

The Women to Watch 2020 award is a representation of years dedicated to her work and her business, and still, she spends a lot of time networking and expanding the reach of LaChica Sports.