Disney Plus gifts nostalgia to audience with exclusive productions 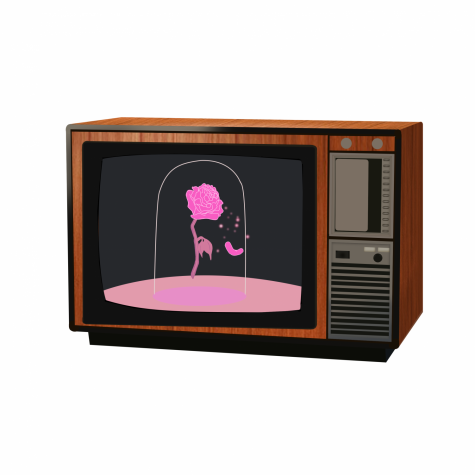 From classic Disney cartoons like “Steamboat Willie” to the latest from Marvel Studios, such as “Captain Marvel,” the selection Disney Plus gives its customers is massive. Offering entertainment from Disney, Pixar, Marvel, Star Wars and National Geographic, the latest streaming service appeals to a huge spectrum of viewers.

Disney Plus launched on Nov. 12, and thousands of customers were met with technical difficulties. These difficulties included issues with streaming and logging in, but that did not kill the buzz it continues to create. From heavy social media presence to conversations with friends in the dorms, everybody seems to be talking about the news streaming service.

Disney Plus taps into childhood nostalgia with many older movies and TV shows available to stream.

“I think it specifically caters to a certain generation,” said criminal justice freshman Cheyenne Singleton. “I feel like it’s specifically catered to millennials who all share that childhood development stage, where we all grew up watching the same stuff. It’s cool because it brings back some commonality.”

Singleton is already planning to subscribe to Disney Plus. Once “The Office” and “Friends” are dropped from Netflix, she said she will cancel her Netflix subscription instead of paying for both.

The New York Times reported that Disney Plus is estimated to have eight million subscribers by the end of December. For other subscription services, this means coming up with new incentives to keep their current subscribers from switching, like offering exclusive movies or shows.

Netflix will stream Martin Scorsese’s “The Irishman” starting Nov. 27, which has only been playing in a select few theaters the past month. Netflix has also recently announced a “SpongeBob Squarepants” spin-off series based on Squidward, but the power of nostalgia is tough to crack.

Criminal justice freshman Ali Maris is already subscribed to Disney Plus and was excited for all the older movies from the Disney vault that are now open and streamable.

“Some of my favorite (movies) like ‘Aladdin’ and ‘The Little Mermaid’… were my favorite growing up,” Maris said. “I’ve been binge watching those mostly.”

Undeclared freshman Kaylie Nolan said she got excited for Disney Plus because her childhood shows were finally available to stream. She has already subscribed.

Another big pull to the new subscription service is the Disney Plus originals — movies and TV shows completely exclusive to Disney Plus subscribers. This includes the highly anticipated “Star Wars” spinoff show, “The Mandalorian.” Other Disney Plus originals include “High School Musical: The Series” and the live action “Lady and the Tramp” movie.

Disney Plus is already proving to be a challenging competitor in the world of streaming services with the nostalgia it offers to its viewers.