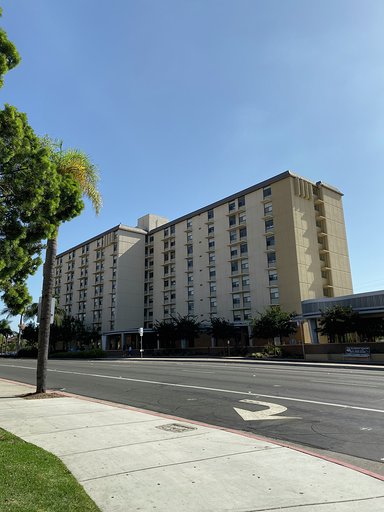 San Diego State students and parents have voiced concerns about the presence of mold in both University Towers and Chapultepec Residence Halls. However, many of the concerns about mold in the air vents were were actually connected to dust and dirt build up in the filters.

Cynthia Cervantes, director of the Office of Housing Administration, said there have been no confirmed reports of mold in University Towers, and only one report of surface mold in Chapultepec which was the result of a food spill.

“Again, everything comes through our service request system, which then triggers us to do an assessment of their space,” she said. “Then we consult very closely with Environmental Health and Safety. So in every case at University Towers where there has been any concerns we have not found any confirmed surface mold growth.”

Students in living in Chapultepec suspected mold was growing in their air vents a couple weeks ago, and took matters into their own hands.

“Students started opening up their vents on their own and taking pictures of the ‘mold’ and doing their own research, which led to a lot of the students getting nervous about mold in their own vents,” pre-journalism freshman Sophia Torres said

Cervantes said what is commonly found in the vents but is mistaken for mold, is merely dust build up.

“What we have found is build up of dust in the vents and that does happen over time,” she said. “We’re also finding when we enter the spaces that the windows are open while the HVAC is running. So that is a contributing factor, it’s not the only factor because you’re kind of pulling that dirt from outside that’s building up on the vents.”

As far as preventative measures go, Cervantes said Housing does monthly safety inspections in which the living spaces are checked for build up in the bathrooms and sinks.

Selden Tearse, parent of an SDSU student, said her daughter lived in University Towers this school year and became very sick. She said she believed her daughter’s symptoms were related to conditions in her dorm.

“She got really sick about a week and a half or two into college and she sort of immediately thought it was her room,” Tearse said. “And so she checked out the AC vents and filter and I guess it was really filthy.”

The filters in the air vents in University Towers and Chapultepec are routinely switched out, Cervantes said.

“So the filters, we have a schedule to change those out and it’s typically, depending on the filter, it could be anywhere from three to six months if we are looking at it on a regular schedule,” she said. “But if we are seeing that it needs to be changed before that we will certainly go ahead and change it at that time.”

Senior Director of Environmental Health and Safety Gillian Marks said the cause of several students respiratory problems may not be directly correlated to the University Towers building itself.

“When Cynthia and I speak with most of the parents for the students who have said that they don’t feel particularly well they’ve had some kind of a response, this campus is pretty lucky. It has a nice mix of green space as well as buildings,” Marks said. “And green space is home to lots and lots of naturally occurring background mold. That’s the environment that we live in. What happens on the inside of buildings is an association of how we occupy the space and then what happens with the HVAC system.”

“Every week she was on some type of antibiotic, this lasted the whole year,” Fox said. “She developed asthma. We have inhalers. I was there every other weekend. I went to so many urgent cares on Saturdays and Sundays.”

Fox said when her daughter returned home for Christmas she did not have any breathing problems, but when she returned to start school she got sick again. She said her daughter went through five or six breathing treatments during her freshman year.

Marks said she is unaware of any conditions in the University Towers residence hall that would trigger allergies or sickness. She said the urban and dust-filled environment may be a contributing factor to these symptoms since students are traveling from a variety of places.

Cervantes and Marks said they hope they can educate students about way may cause them to become sick and how to keep their living spaces healthy.

“Cynthia and her team are reaching out to the students to help them understand what will reduce or eliminate things that might otherwise cause them to have some type of a reaction,” Marks said. “It may not necessarily be the building, it may be something outside but we’ve got to start somewhere and we might as well help with information.”