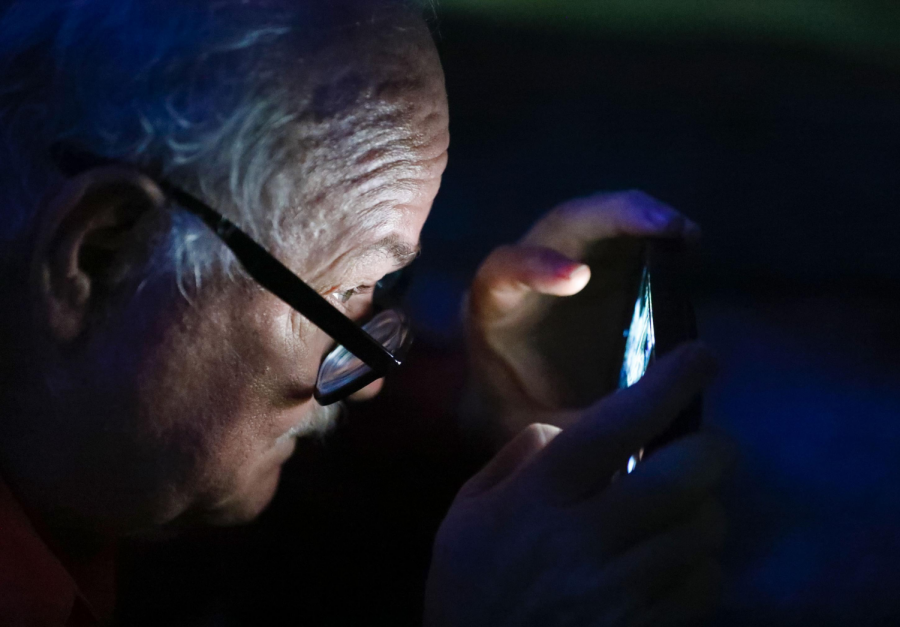 He passed away due to natural causes while at his home in Grantville, according to the San Diego Union-Tribune, the newspaper where Fikes worked for over two decades.

Fikes’ love for journalism first took shape when he joined The Daily Aztec while a student at San Diego State. Union-Tribune feature writer Pam Kragen knew Fikes since his days as a news and editorial writer for The Daily Aztec.

“The Daily Aztec made Brad Fikes,” Kragen said. “He was kind of shy guy when I first met him, back in the early ‘80s. I think he was still trying to figure out his place in the world, and I just watched him grow at The Daily Aztec.”

After graduating from SDSU in 1984, Fikes wrote for various San Diego news outlets including the San Diego Business Journal and the San Diego Daily Transcript. In 1997, Fikes found his way into corporate communications.

Bur after leaving the world of journalism, Fikes couldn’t stay away from his true passion for reporting for long. He reconnected with journalism less than a year later.

That same year, Fikes was hired at the North County Times — which has been absorbed by the Union-Tribune — to cover news in biotech companies.

“He just did (corporate communications) for a few months, and he was miserable because he missed the daily grind and discovery of journalism,” Kragen said. “He called me up, and I was able to hire him back into journalism, and we’ve been working together ever since.”

Kragen said Fikes’ lasting love for journalism was apparent in his tireless dedication to his work and unwillingness to take a day off. Fikes saw his work as a necessity in telling the stories that the public needed to hear.

“I think the first thing people would say about him is his tireless pursuit of the story,” Kragen said. “He was in the office seven days a week, he just loved what he did. Brad never lost his fire. From the day I met him until the day he died, he was so enthusiastic about reporting on stories. I think he felt like he was delivering a public service, that he was helping educate the public.”

Kragen said Fikes will be best remembered for his kind personality and eccentric way of dressing. He was a favorite in the newsroom, both well loved and well respected by those who knew him.

“He was just a very happy, sweet, outgoing guy,” Kragen said. “I’d say he was the most popular reporter at the paper, everyone knew him and everyone loved him. I would say (he will be remembered for) his personality and his colorful way of dressing.”

Union-Tribune science and technology writer Gary Robbins remembers Fikes as an intelligent journalist who took it upon himself to fully understand the depth of the stories he was covering.

“He was one of the smartest science writers I had met in 40 years of reporting,” Robbins said. “Scientists enjoyed talking to him because they didn’t need to explain things to him. He already understood things like stem cells and chimeras. His depth of knowledge was extraordinary.”

Fikes was incredibly well respected in the science community among journalists and scientists alike. Robbins recalled a specific memory where he became aware of just how admired Fikes was. During a private science meeting, Fikes captured the attention of some of the leading scientists involved in the Human Genome Project.

“Bradley was in a very deep, animated conversation with James Watson and Hamilton Smith and Craig Venter,” Robbins said. “And here’s Bradley, just a science writer for a newspaper,  and these three superstars of science were listening to him, they were hanging on his words. In that moment you got a sense for, not only how much scientists loved him, but how much great scientists loved him.”

“Sweetness” was the lesson Robbins felt he learned from Fikes. His even temper and poise were things that stood out to Robbins, at times in contrast to himself.

“When people were mean to him and whatnot he was very even-tempered and I’m not so much like that,” Robbins said. “As I watched the way he treated people if it was a difficult situation and people weren’t being as nice as they should’ve been he would still keep that stiff upper lip, he would smile, he wouldn’t lose his temper. He had poise, he had professionalism, he was a gentleman.”

The San Diego Union-Tribune has launched a GoFundMe campaign to create a scholarship fund in honor of Fikes.

This story was updated at 11:42 p.m. on Dec. 14 with information about the scholarship fund.