Vigil hosted to honor the memory of Dylan Hernandez 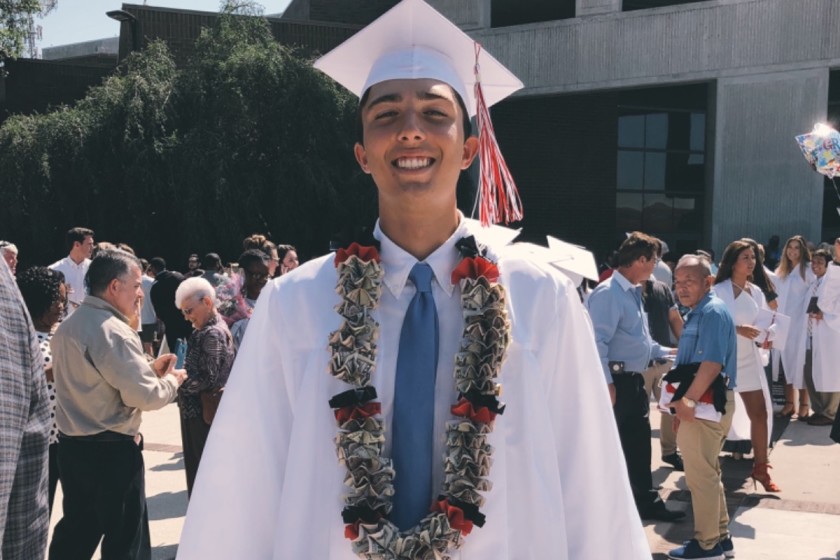 Dylan Hernandez, a freshman at SDSU, died on Nov. 8 after falling off his bunk bed in his dorm room. He had attended a fraternity party before the incident.

Members of the San Diego State community came together on Dec. 12 to remember the lost life of a fellow Aztec.

Students gathered in remembrance of Dylan Hernandez, a freshman who passed away on Nov. 8.

The vigil took place in Tula Community Center, just next to the dorm building where Hernandez passed away after he was discovered unconscious and pulseless in his bed.

He had suffered a fall from the top bunk earlier in the night.

The space overflowed with students, who occupied all of the seats and standing room. Despite the numbers, the room was largely silence.

After lighting the candles that were passed out, friends who attended the vigil shared their memories of Hernandez. Each story was consistent in one way: he had the ability to put a smile on anyone’s face.

Ciara Storie, a close friend and floormate of Hernandez, recalls the 19-year-old as a “human embodiment of pure light.”

“As glowing as his generosity and personality was, his kindness and happy spirit was the most exuberant of all,” Storie said. “Simply put, he was sunlight wearing shoes. He could make you laugh in a matter of seconds.”

The vigil was organized by David Gamble, a member of Phi Gamma Delta, the fraternity Hernandez was pledging. Gamble recalls Hernandez as a little brother more than a friend.

“He was selfless, he would sacrifice even the little things to make your day better and brighter,” Gamble said.

Friends also remember him for his confidence and easy-going nature. He was known to be a good friend to all and to many.

“He was filled with so much bliss and integrity and had so much care for all those he loved,” Storie said.

Before his death, Hernandez had attended a fraternity event for the chapter he was pledging. His death has since sparked conversation about Greek life on campus, as well as the safety of bunk beds.

“Unfortunately I never had the opportunity to meet Dylan,” Interfraternity Council President Steven Plante said. “When he passed, I knew that thousands of people, not just at our university, but across the nation would be affected by this.”

Since the incident, SDSU has suspended all 14 IFC affiliated chapters. President Adela de la Torre subsequently launched two task force groups to target alcohol and substance abuse, as well as student activities and safety. Since then, an anonymous SDSU parent contacted the U.S. government with complaints regarding the bunk beds in college residence halls.

“He’s a son, a friend, a family member and a loved one to all of us,” Plante said. “For as long as we are here, we need to continue to live positive and in the spirit of Dylan.”

A GoFundMe page was established to help Hernandez’s family. He is remembered by his friends, fraternity brothers and the SDSU community.

“We remember him by seeing the impact he’s made on this campus and how everyone has come together,” Gamble said.  “We just have to keep living the life that he would want us to live.”