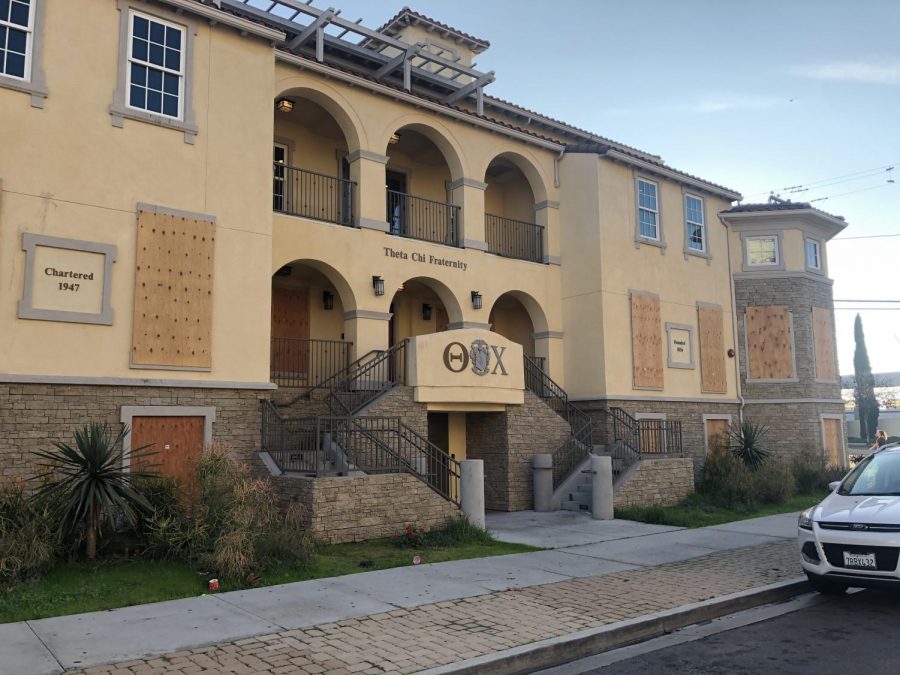 The San Diego State chapter of Theta Chi was removed by the national organization after an investigation found the fraternity partook in hazing during the fall 2019 semester.

The fraternity’s house, a large facility located on campus along Lindo Paseo, was shut down by the Theta Chi House Corporation Board in December — and members responded by vandalizing the property, according to the national chapter.

Members who lived in the mansion were instructed to find housing elsewhere. Fraternity members were given the option to move into campus housing.

The investigation that led to the chapter’s removal was conducted by the board along with the university. The national chapter did not provide any further details on the nature of the hazing incident.

The housing board will retain ownership of the mansion on Lindo Paseo while the board and SDSU decide the parameters of the local chapter’s suspension.

Alumni from the SDSU chapter said the destruction of property was upsetting.

“(Theta Chi) alumni are disheartened at the destruction caused by suspended members as the chapter house was vacated and will pursue appropriate action where necessary,” according to a statement from the national chapter.

The national chapter also did not comment on the specifics of the vandalism. The mansion’s windows, however, are covered with plywood and there are visible stains on the exterior paint near the windows.

Statements from SDSU and Student Life and Leadership said the parameters of the suspension were not to exceed six months, but the final judgment is still in the works by both the university and the national Theta Chi organization.

No active members of SDSU Theta Chi were available for comment, but an Instagram post from Dec. 17 shows members posed outside the mansion — without obvious signs of vandalism — to say goodbye.

A more sweeping dialogue is unraveling regarding the status of the Interfraternity Council as a whole. Theta Chi is one of many IFC fraternities under investigation for violations spanning throughout last semester.

There was also an official suspension handed down by university President Adela de la Torre to all 14 IFC chapters after freshman Dylan Hernandez, a pledge for FIJI, died after attending a big-little reveal event.

A university police investigation first reported on by The San Diego Union-Tribune showed Hernandez had a blood alcohol content of approximately .23% — three times the legal driving limit. He was walked back to his Tenochca dorm where he fell off his bed, sustaining fatal injuries to his head.

Student Life and Leadership also reviewed the status of all 14 IFC fraternities.

Theta Chi is currently one of five IFC-affiliated fraternities that will not be allowed to recruit new members for the spring 2020 rush. Kappa Sigma, Phi Delta Theta, Phi Gamma Delta and Sigma Phi Epsilon are the other IFC fraternities currency barred from recruitment.

Correction: A previous version of this article said the national chapter for Theta Chi owned the SDSU chapter house when it is in fact the Theta Chi Housing Corporation Board. The article has been corrected and The Daily Aztec regrets this error.