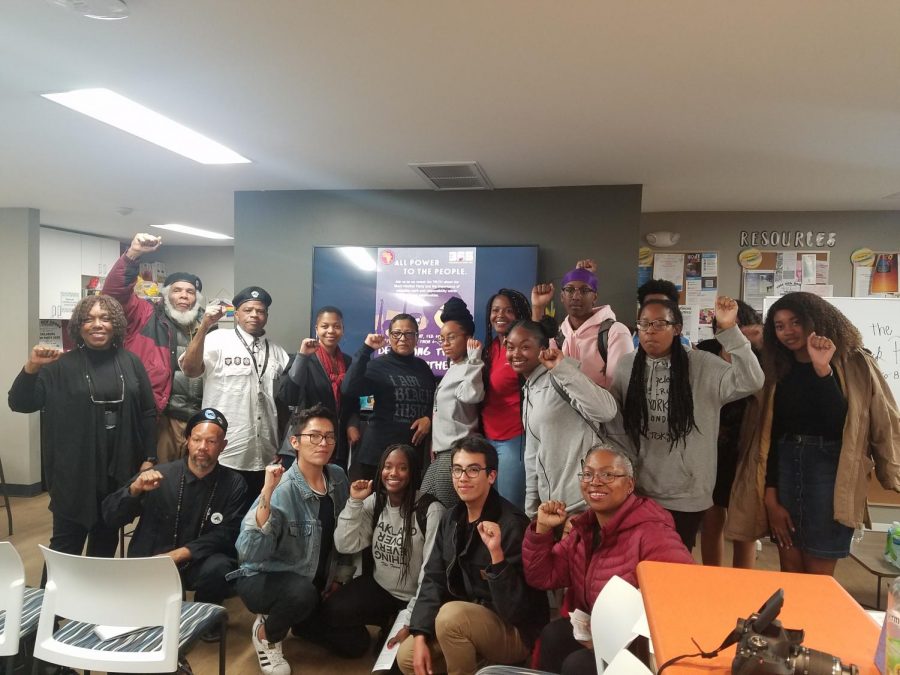 Members of the San Diego Black Panther Party were invited as panelists to the Black Resource Center to discuss misconceptions about the organization on Feb 6.

The event began by having attendees get into small groups to discuss their roles in personal and community empowerment as well as the barriers they face in their journey — a core aspect of the party’s ideology.

“The whole position is about loving ourselves,” Williams said. “You should never allow hate to be your fuel to do something better.”

Sociology senior Jazmine Miles co-founded Black 365 with her friend Jada Johnson and helped to coordinate the event. One of the organization’s goals is to generate events that diversify the conversation about black history.

“We’re tired of hearing the same narrative(s),” Miles said. “Usually you hear about MLK (or) Rosa Parks, and even though they did do their thing, we still need to talk about other people.”

Members of the party passed out informational packets that detailed the party’s historical ties to San Diego State.

The Black Panther Party formed through the Black Student Union in 1968 with founders Kenny Denmon and Shirley George-Meadors. According to the packet, Denmon and George-Meadors were contacted by the Central Black Panther Committee in Oakland, which helped guide them into developing the organization on campus.

Fardan was a student at San Diego State at the time and later joined the party. He described himself as not being fully aware of how he viewed his identity until he interacted with other students who gave him inspiration.

Fardan described the moment when he received a Liberator magazine in which he read about how blacks helped build the pyramids.

“Wow, if we had the ability and the skills to do that then, what can we do now,” Fardan said.

The party also sought to address misconceptions about the Black Panthers, including those that say the party is anti-government and antagonistic towards voting.

“That is not the legacy (and) perspective of the Black Panther Party,” Williams said. “We attempt to suppress that type of idiot thinking.”

Another misconception that was addressed was the reasoning behind the party’s public display of weapons. According to Germany, party members in the late 60s would carry guns to discourage brutality by police and instead felt safer patrolling their own communities.

“(Police officers) would find brothers walking down the streets — especially if they were panthers — and take you off into the commercial street,” Germany said. “They (would) pull you into the lumber yards and start whooping on you.”

Germany said people remember the guns because of the demonstration in California’s state capitol in 1967. The reason the Black Panther Party marched was in opposition to a state bill that aimed to prevent the Black Panthers from carrying their weapons in public, which they saw as an infringement of their rights.

At the end of the event, the moderators asked panelists what advice they had for future generations.

Walton spoke more directly about current political time and online quarrels and ways to address it.

“If you can connect with them and get something good going, do that,” Walton said. “You don’t discount and totally write people off.”

Williams circled back to empowerment and growth, leaving words of advice as guidance.

“Never allow yourself to be crystalized in your thought (and) growth process,” Williams said. “Never think you know so much that you’re unteachable.”

For more information about the Black Panther Party of San Diego and its community events visit their Facebook page.