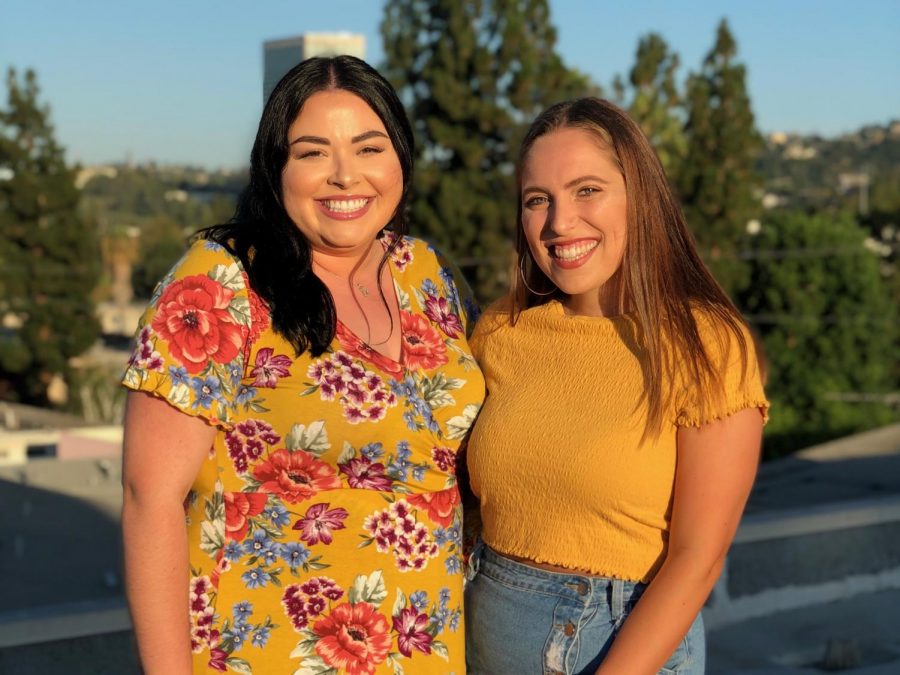 Do you feel like you can never figure out the pesky concept called love, especially with Valentine’s Day on the horizon?

San Diego State alumnus Alex Piscatelli’s podcast “Dating or at Least Trying” will remind all listeners you’re not alone when it comes to problems of the heart and dating confusion.

After Piscatelli moved to Los Angeles after graduating in 2018, she found herself wanting to start her podcast around one of her interests, dating and relationships.

She launched “Dating or at Least Trying” in October 2018 after playing around with the idea over the summer.

Piscatelli currently works in marketing at an agency in San Diego but finds it important to have hobbies and a creative outlet.

“I feel like it’s so important to have a creative thing on the side that you’re working on,” Piscatelli said. “Everyone says your job should be your passion but it has to start somewhere. As long as you’re working on something you enjoy and you save time to do that, I think that’s important for people.”

Her cohost and fellow SDSU alumnus, Daisy Santana, joined towards the end of last November after appearing as a guest multiple times.

“It’s cool to interview people we know because we see a whole different side to them,” Santana said. “Even if we don’t have a guest, it’s still fun and listeners still enjoy it anyways. Alex and I have been friends for a while and she asked me to cohost when she recently got into a relationship. We have such a good chemistry and we work really well together.”

Nate Kling, the first guest on the podcast and a fellow SDSU alumnus, said he enjoys how Piscatelli pulls from her dating life to create lessons and give advice to her listeners.

In the first episode, Piscatelli talked about a time she got catfished by a guy she met on a dating app. While she was out on that awful date, she met Steve Carrell, Kling said.

Piscatelli and Santana used to work with KCR before graduating from SDSU, and Piscatelli based the podcast’s format off a similar one about the reality show “Survivor.” She edits each episode of the podcast using a program called Audacity, but tried not to make too many changes.

“I wanted it to feel natural and like you’re just hanging out with friends, talking about dating and relationships,” Piscatelli said. “I try not to edit it too much.”

“Dating or at Least Trying” covers topics such as polyamory, being ghosted, sex, virginity, situationships and more. The podcast has 38 episodes so far and releases weekly on Sunday evenings. Piscatelli even had her current boyfriend Jack Molmud, an SDSU student and Daily Aztec reporter, on the show after they had their first date.

The show gets a lot of positive feedback, usually from friends or mutual friends, Santana said.

“I get people who I haven’t talked to since high school messaging me with suggestions,” Santana said.

One of Piscatelli’s favorite episodes has been with Michaela and her experiences with polyamory. Michaela, who asked us not to release her full name for privacy reasons, said she enjoys listening to “Dating or at Least Trying” because it’s well rounded in the topics it covers from funny experiences such as being catfished to serious issues like virginity and role expectations.

The episode released on Nov. 1 featured Michaela talking about misconceptions with polyamory and how it fits into her lifestyle.

“It was really easy to talk to Alex and what I enjoyed most was that she was very respectful,” Michaela said. “She was engaging during the conversation and professional.”

Michaela said she relied on podcasts when she was coming out as queer and felt it was nice to become a resource for others who are going through the same struggles.

Michaela believes sexuality is fluid and that identifying as polyamorous is flexible.

“I’m not saying I’ll never be monogamous,” Michaela said. “If I meet somebody and want to be monogamous with them, it doesn’t take away that experience of me being polyamorous.”

Michaela touched on misconceptions about polyamory when she was a guest and she said that she has been told that people who are polyamorous are just promiscuous.  She has also heard that they are basically cheating and have unhealthy lifestyles.

“One person can be polyamorous and cheat,” Michaela said. “It’s all about communication and setting boundaries in any type of relationship. I don’t think every polyamorous person will be monogamous one day. There are multiple ways to be queer or polyamorous.”

Piscatelli said she hopes to one day build a business from their podcast and get sponsors.

“Dating or at Least Trying” is available for free on iTunes and Spotify.