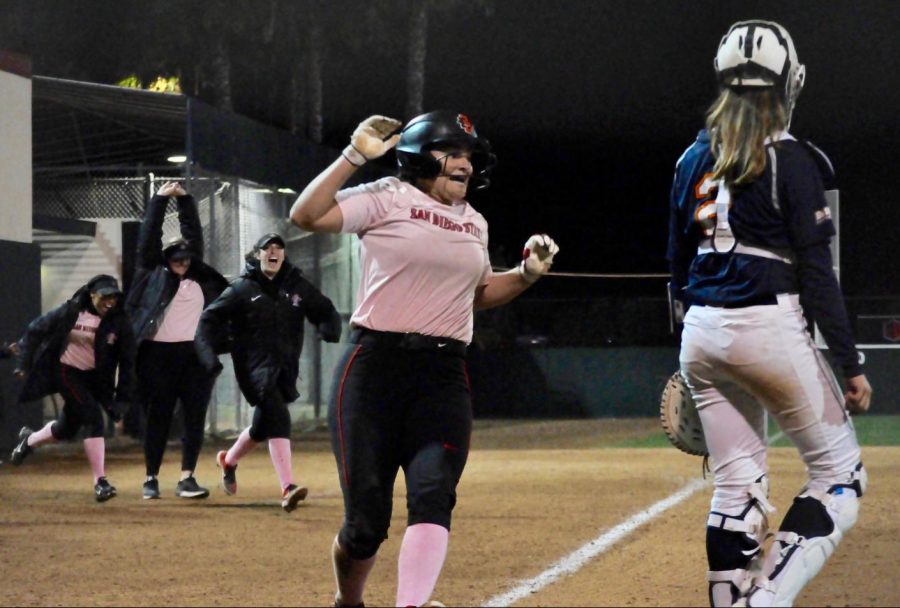 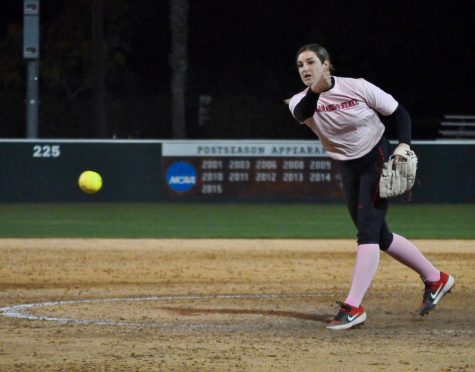 After throwing 145 pitches the night before, junior pitcher Maggie Balint notched a save and pitched eight innings for a win in SDSUs doubleheader against Southern Utah and Cal State Fullerton. The Aztecs won both games. 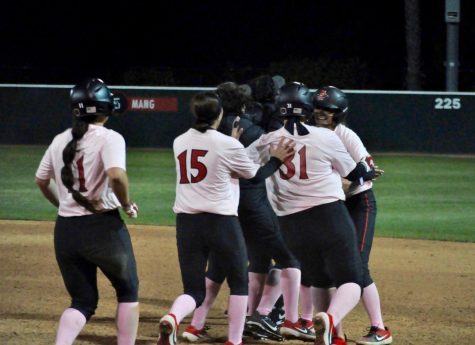 The Aztecs storm towards Celis who had the game-winning RBI. 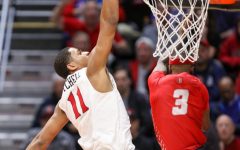 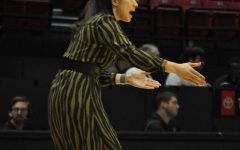 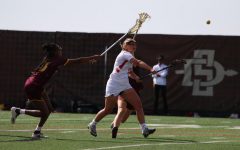 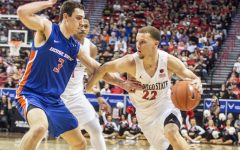 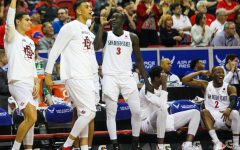