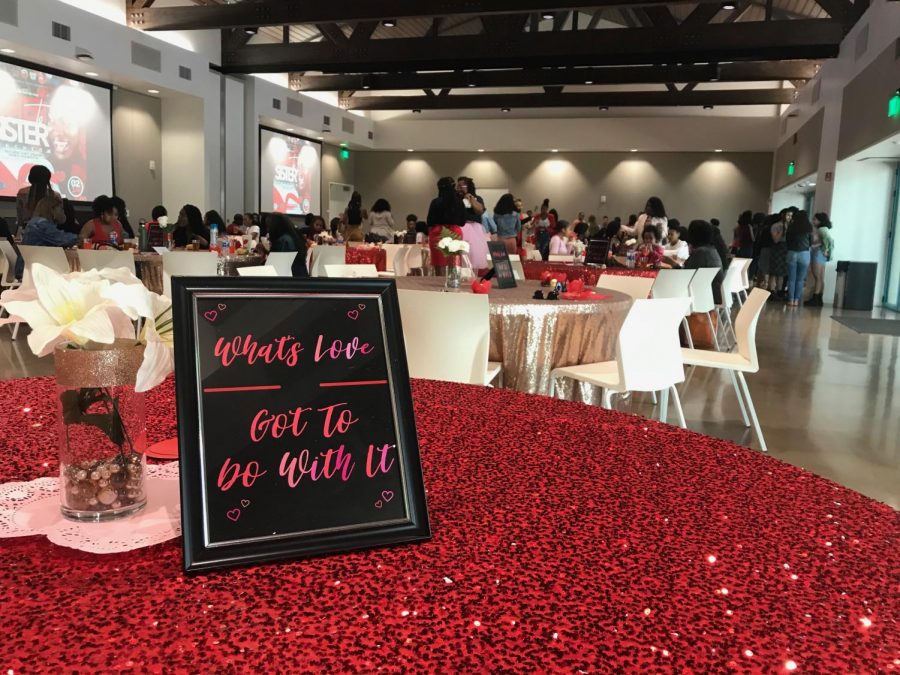 The Black Resource Center hosted a Sister to Sister luncheon at Tula Community Center on Feb. 14, where guest speaker Patrice Washington spoke to female members of the black community.

A Sister to Sister luncheon, hosted by the Black Resource Center, was held in the Tula Community Center on Feb. 14.

Female members of the black community were invited to connect with peers and hear from guest speaker Patrice Washington, a personal finance expert and best-selling author of books such as “Real Money Answers for All Women: How to Win the Money Game With Or Without A Man.”

Washington is an advocate for emotional well being, preaching that true wealth doesn’t reside in money or material.

“I am here to talk about redefining wealth,” Washington said. “My whole mission in life is helping people redefine how they see wealth and understand that it is more than money and material possessions. The true definition of wealth is well being.”

The event was held on Valentine’s Day, a date Washington said was important for refocusing the conversation surrounding love for self.

“I think Valentine’s Day is an awesome time to talk about well being because it makes you focus on self love and self care and defining that for yourself,” she said.

The event featured an art gallery that displayed some of the most influential black women in history, along with many independent black businesses.

Psychology sophomore Yasmine Shead said the art gallery was based off of a gallery in the south.

“We have a lot of pictures of the professors that work here that are black women because there’s not very many, and it is very inspiring to see that we can do it whether there is a lot or a few we can do it,” Shead said.

“There’s activism pictures and LGBTQ picutres, it’s just to show all the different places you’ll see black women,” Shead said. “Even though they might be pushed under the rug or brushed off, we are still there and we are still showing up.”

“The Sister to Sister Luncheons are our opportunity for all of us just to engage with each other, to fellowship with each other to eat some good food,” Reddick said.

President Adela de la Torre also attended the event and gave a brief speech at the commencement of the lunch.

De la Torre acknowledged several different women during her speech including campus professors and faculty. She credited the black community on campus with her large amount of support.

Shead, one of the students who organized the Sister to Sister Luncheon, said she thinks it’s important for the women of the black community to be united.

“I got put on the sister to sister committee because I’m a femine identifying cultural peer educator at the (Black Resource Center), and my passion is kind of just getting us all together in one place and allowing us to be vulnerable and have a sisterhood within each other without having to be in Greek life or in a student org,” Shead said.

Several campus organizations came to the luncheon, including the SDSU Diamonds, women from the intercultural relations group and members from various sororities.