The Office of Housing Administration has reduced the size of sophomore roommate groups from four to two when applying for campus housing. 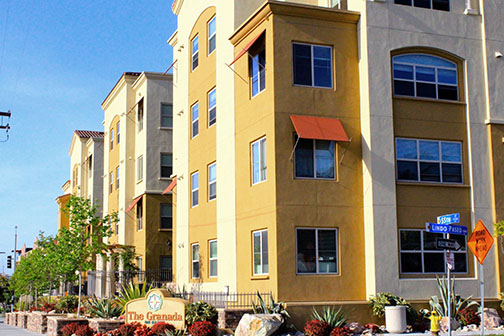 Granada is one of 14 different housing options for Sophomore QUEST participants.

This semester the Office of Housing Administration implemented changes to the Sophomore QUEST program, which previously allowed for students to create roommate groups of up to four people. Now the roommate groups have been limited to two people.

Director of Housing Cynthia Cervantes said roommate groups of more than two people had lower levels of success, and that the changes in the roommate selection groups were made to improve the process.

“In an effort to enhance the room selection experience and in response to our assessment of the prior year room selection process the Office of Housing Administration decided to move to roommate groups of up to two people,” Cervantes said. “Based on our assessment we concluded groups of larger than two people had a very low success rate of finding roommate assignments together in the prior year.”

“We looked at our demand for triple rooms in the Sophomore year, and groups of triple folks who had matched up,” Bauer said. “The demand was very low in prior years, so we would anticipate and expect the same this year.”

Bauer also said if students were adamant about living with a group of three, accommodations could be made through the room switch process.

Accounting sophomore Andew Kellerman said the requirements for sophomores living on campus present both pros and cons for students.

“The positives being that kids are living on campus which makes it easier to get to class and attend all your classes as well as get involved in extracurricular activities,” Kellerman said. “The negatives being the apartments are not the best of quality and the school is overcharging all the students.”

Psychology freshman Kathrine Rotenkobler, who will be living on campus next semester, said she likes the components of the Sophomore QUEST program.

“I actually think, even though it’s kind of inconvenient to live on campus for another year, it’s kind of nice because we have to establish ourselves in the community and really become acquainted with the area,” Rotenkobler said.

Bauer said it is too early to present data surrounding the success of the Sophomore QUEST program. However, she said she thinks they are moving in the right direction.

“From the summit of feedback that we have been getting from our students they’ve had a really positive experience in a variety of our areas,” Bauer said. “They’ve really enjoyed some of the new spaces that we’ve opened and they seem to be doing really well.”

Bauer and Cervantes said the feedback they receive from students helps the Office of Housing Administration to improve and make changes to accommodate the students. They encourage residents to continue to give feedback about their experiences living on campus.