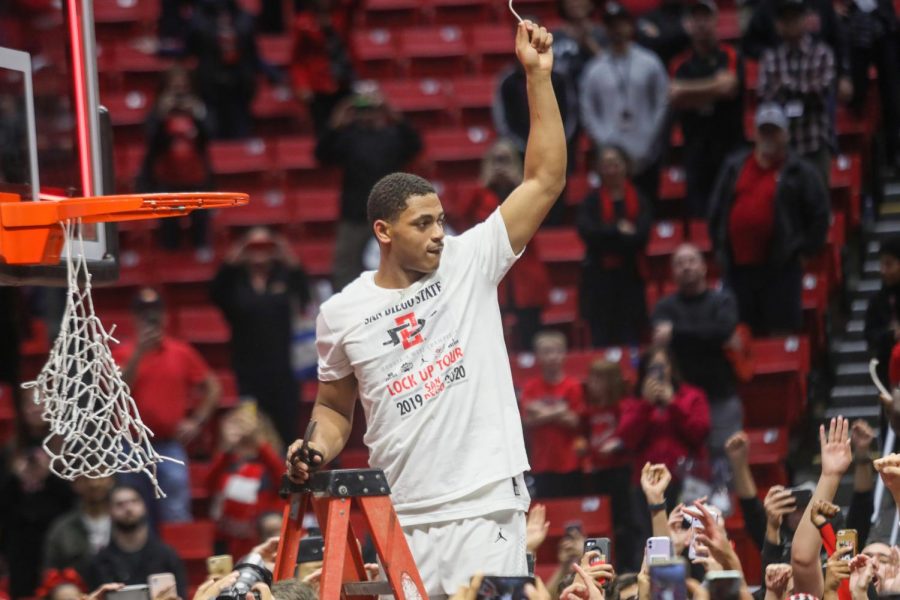 Junior forward Matt Mitchell holds up a piece of the net after the Aztecs defeated New Mexico 82-59 on Feb. 11, claiming the Mountain West regular-season title at Viejas Arena.