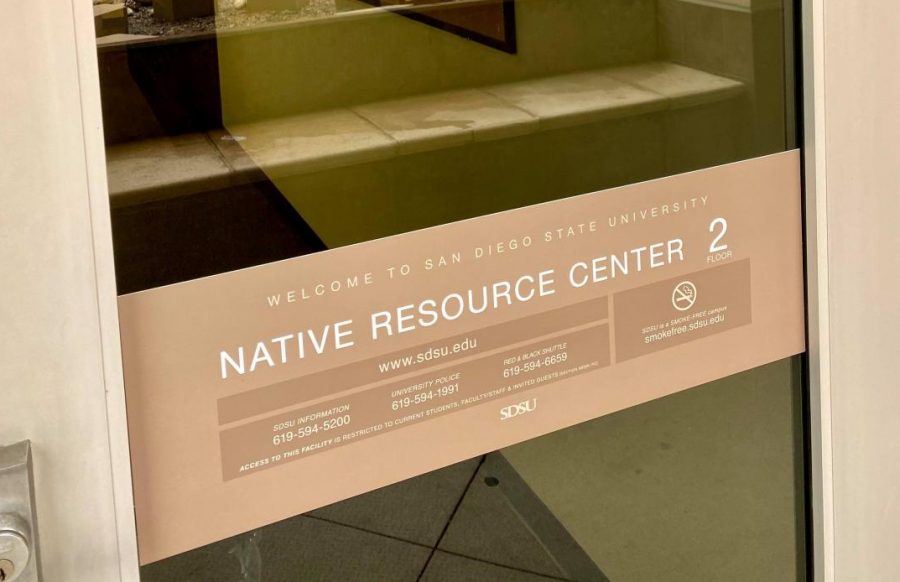 The new identity center opened, but the reveal was delayed.

San Diego State’s Native American population will now have a home of its own on campus: the Native Resource Center.

The Native Resource Center, along with the newly added Latinx Resource Center, was part of the Instructionally Related Fee proposal approved by the university in the fall. The fee revenue will support these two centers as well as a planned Asian American Pacific Islander/Desi Resource Center.

The center was set to have an official grand opening on Mar. 17 at Arts and Letters 202, but due to the coronavirus concerns and recent SDSU decisions regarding public campus events, the event was postponed.

Chris Medellin, interim assistant director of the Native Resource Center, said the center’s exact programs and resources are still undecided because he is in the process of figuring out how to best meet students’ needs.

“Right now we’re focusing on building a stronger community centered on the physical space, like, what can we do here with this area that we have and how can we build a stronger connection to other individuals who share a similar identity,” Medellin said.

Medellin also said although SDSU had “native houses” in the 1970s on Hardy Avenue, which acted as hangout spaces for Native American students, the university has never had a Native center of this kind and to this extent.

“There were several culture houses, we don’t know if they were like an official capacity type of sanction by the university, but there was some space that was used as like a native home,” Medellin said. “So there was something back then, but since then there hasn’t been anything to support our population.”

Medellin said a center like this is so important to have on campus.

“It’s always been important to value our different identities and just as far as being first nations or indigenous, you know we should be recognized as the first occupants of this land,” Medellin said. “It’s taken a long time to come to this point and so I think that’s the biggest, significant piece, you know our population is small, but we laid the foundation for everything that we see (at SDSU).”

Sociology and American Indian studies sophomore Jerimy Billy is a part of the Native Resource Planning Committee and the treasurer of the Native American Student Alliance organization on campus. He said he is happy and thankful for this new space.

“I’m just happy that we finally have a space solidified. It’s been a long road and I’m just glad to have something that we call our own,” Billy said. “It’s a place for us to meet instead of having to find someplace off-campus.”

The Native Resource Center is located in Arts and Letters, room 202 and can be found on Instagram @sdsunativerc.