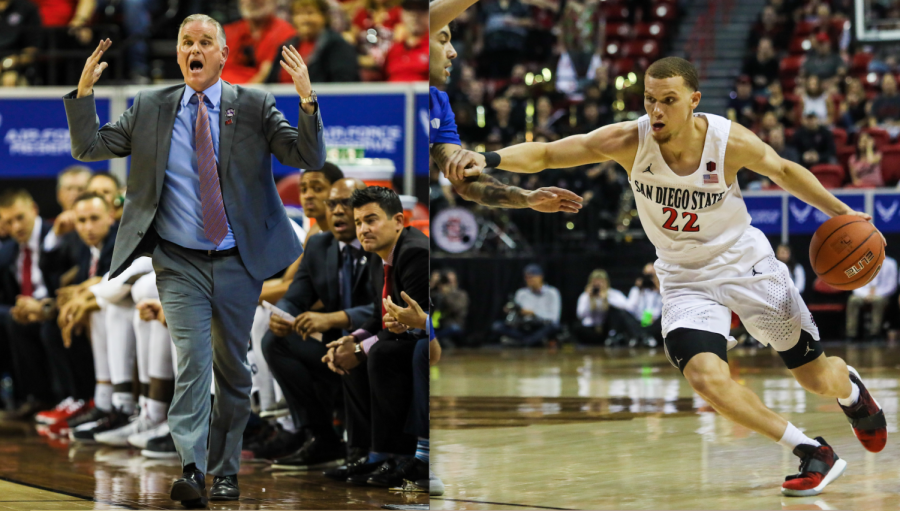 In his third year at the helm, Dutcher led the Aztecs to a 30-2 record, including a program-best finish to a regular season (28-1). The Aztecs were the last undefeated team in the nation at 26-0 and won the Mountain West Conference regular season title with four games remaining in conference play.

Dutcher also reached the conference tournament championship game for the third straight year and was one of four teams in Division I to reach 30 wins.

Under Dutcher, the Aztecs reached No. 4 in the AP Top 25 Poll — tying the highest ranking in school history.

He is the first SDSU coach to be awarded national coach of the year since Steve Fisher, when Fisher led the Aztecs to a 34-3 record and a Sweet Sixteen appearance in 2010-2011.

Flynn sat out last year due to NCAA transfer rules, but he averaged 17.6 points per game this season — matching the highest scoring total from an Aztec since Xavier Thames in 2013-14.

Flynn’s career-high in scoring came in the Aztecs’ last regular season game against Nevada, when he tallied the highest total by an Aztec since 2005 with 36 points.