If you’re serious about helping the environment, reduce your plastic use 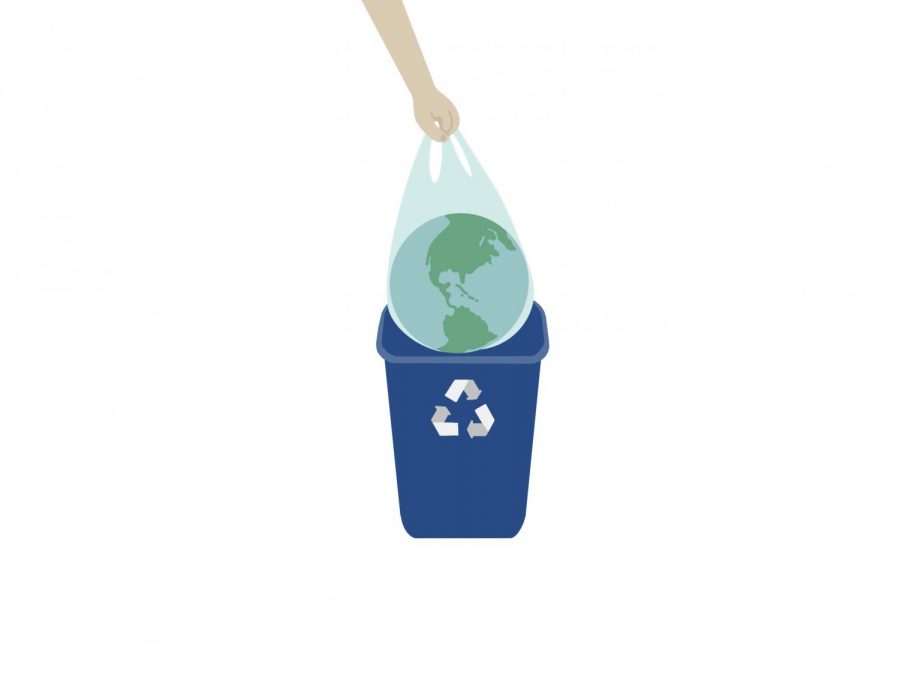 Plastic is something that is near impossible to avoid. While the creation of plastic has certainly afforded us with convenience in nearly every aspect of our lives, the implications it is having on our planet demands that we must be more mindful about our plastic usage and work collaboratively to reduce the amount of plastic that is polluting our earth.

A large fraction of all plastic produced is single-use disposables. While it disappears from our sight and concerns, plastic can last for hundreds of years after being made. Many of the plastics being thrown away are ending up in our ecosystems, particularly in our oceans. This can have devastating effects and we address this growing issue.

Animals can accidentally get entangled in plastic waste that is floating around. Sea turtles are a poster-animal example of this case. Many turtles have died as a result of plastic pollution. They have gotten stuck in six-pack rings and also have eaten plastic bags by mistaking them for food.

And the sea turtles are not the only ones who ingesting plastic waste.

As plastic breaks down, it doesn’t fully degrade, rather it breaks down into smaller pieces and it turns into microplastics which can be as small as a millimeter in width. Many animals have been found to be consuming these microplastics unknowingly. This includes fish, muscles and shrimp— all of which people eat as food. Plastic has also been found in other land mammals including elephants, tigers, and cattle.

Plastic can usually pass through the digestive pass without causing serious issues. But there have been occasions when the plastic causes a blockage along the digestive tract which has led to starvation and death. Scientific testing has shown consuming plastic can damage the cells, liver and reproductive system. And the effects on human health are still unknown.

Even the process of producing plastic has devastating effects on the environment. Nearly all plastic is made by fossil fuels which are commonly acquired through fracking methods that are extremely damaging to the environment. The process of transforming natural resources into a plastic product takes a mass amount of energy to conduct and emits carbon emissions into the atmosphere.

The best way to address this growing issue is to reduce our use of plastic products. Although recycling is usually the first environmentalist practice that comes to mind, the first step we should take is trying to avoid plastic products in the first place.

This is very difficult to accomplish as plastic is used for so many things. It is nearly impossible to avoid plastic altogether, but it is certainly very doable to lower the overall amount of plastic we use.

An easy way to start is by bringing your own reusable tote bags when you go shopping. Tote bags can be used for plenty of things besides carrying groceries— use it for packing for a beach day or carrying your textbooks around campus.

You can also bring your own cups or bottles to the coffee shop. Like tote bags, it can be hard to get into the habit of bringing your reusable items around; but the more you do it, then it will just become a part of your lifestyle.

After reducing plastic usage, the next best thing to do is reuse plastic items. Plastic bags can be used as trash can liners. Food packaging can be washed and used as storage containers. If you search online, there are plenty of tutorials showing how to repurpose plastics into decorations or for arts and crafts.

If you aren’t able to find a way to reuse plastic, then recycle. But be sure that you are recycling properly. Don’t put recyclables in a plastic bag, don’t put food or liquids in recycling and flatten cardboard boxes.

These seem like very minor and insignificant actions, but if we all do this as a collective bunch then we can have a huge impact for the better. Turning to eco-friendly practices can also encourage major companies to do the same when it comes to their business and for the government to enact environmentalist policies.

Start today and reduce your plastic use. What we do does matter when it comes to plastic pollution.