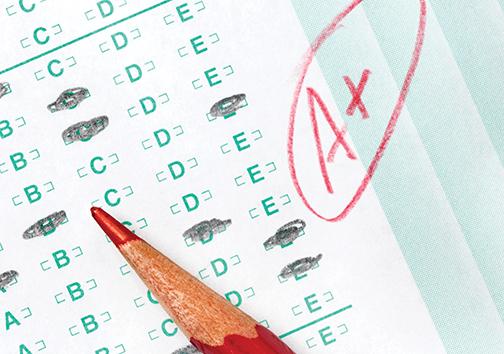 San Diego State students have created a Change.org petition asking the university to grant passing grades to all students whose classes are now online as a result of the coronavirus pandemic.

The petition was created by an anonymous SDSU student on March 17 after a campus-wide email sent March 12 announced all classes were expected to be moved to a virtual platform, hosted by programs like Zoom, for the remainder of the semester.

In just six days, the petition has garnered more than 5,700 signatures.

The petition details the problems students are experiencing with Zoom — including distorted audio and lack of access to a computer — and urges the SDSU administration to grant all students passing grades for the semester.

“Given that we are very concerned about our academic success we propose that our university officials take into consideration granting us with a passing grade or at least a grade based on what we have done up until now, as we are feeling emotionally distressed, anxious and frustrated due to being forced to take our courses online and that isn’t what we signed up for,” the petition said.

Political science junior Jared Levine signed the petition and said he is in full support of the university allowing students to pass classes without finishing the semester.

“I came to college to get an education, not to watch YouTube videos with terrible quality only to be tested at the same caliber as if I was taught in a classroom,” he said. “The human brain learns better via classroom settings, not stuck behind a computer thinking about a worldwide pandemic on the brink of destroying everything we hold dear to our hearts.”

Mechanical engineering senior Matt Schierman, who also signed the petition, said SDSU should follow the example set by other universities.

According to CNN, schools such as MIT, Smith College and Northwestern University are some of the many colleges that have already chosen to implement a pass/fail grading system to accommodate the disruptions brought upon students by COVID-19.

“It just wouldn’t be fair to fail a class or damage your GPA badly when competitors from other schools get a different standard,” Schierman said. “Other schools have already implemented it, particularly Ivy League schools. SDSU should follow suit.”

Health communication junior Elise Gary said she signed the petition because online classes are simply not a priority for her during this time.

Gary worked on campus in the Veterans Office and said she won’t receive her next check until April 6, and because of campus closures, it is unclear when she will be able to return to work and continue earning money.

“Trying to find work just to pay my bills (is more important than) Zoom learning,” she said. “I understand professors are struggling to get classes together but they still get a paycheck and I don’t. There’s just other things I’m focused on right now.”

Mathematics graduate student Mariah Moschetti is a teaching assistant using Zoom to connect with her students. She said using Zoom has been a stressful experience for both students and teachers, but she doesn’t think automatic passes are the best choice for everyone.

“Some courses are prerequisites,” she said. “You don’t want to pass people in calculus 1 right now and have them end up in calculus 2 next semester when the courses haven’t even covered integrals yet. It’s a nice sentiment, but people actually need to take certain courses to completion in order to succeed in their major.”

Moschetti added that students should be allowed to withdraw from a course or be allowed to take an incomplete option in their classes if they genuinely can’t complete an online course.

Psychology senior Marco Mora also said he was not in favor of the petition.

“I’ve worked hard,” he said. “If people want to opt-out with a refund give them that option, but people like me should be able to be rewarded for our hard work with good grades.”

Currently, the university has said all university faculty are encouraged to make special accommodations regarding course activities. SDSU continues to receive guidance from the California State University system, and other authorities, in managing disruptions caused by COVID-19, according to officials.

SDSU said as additional changes occur, those will be communicated to all students, faculty and staff. Visit SDSU’s COVID-19 webpage for additional information about the virus.