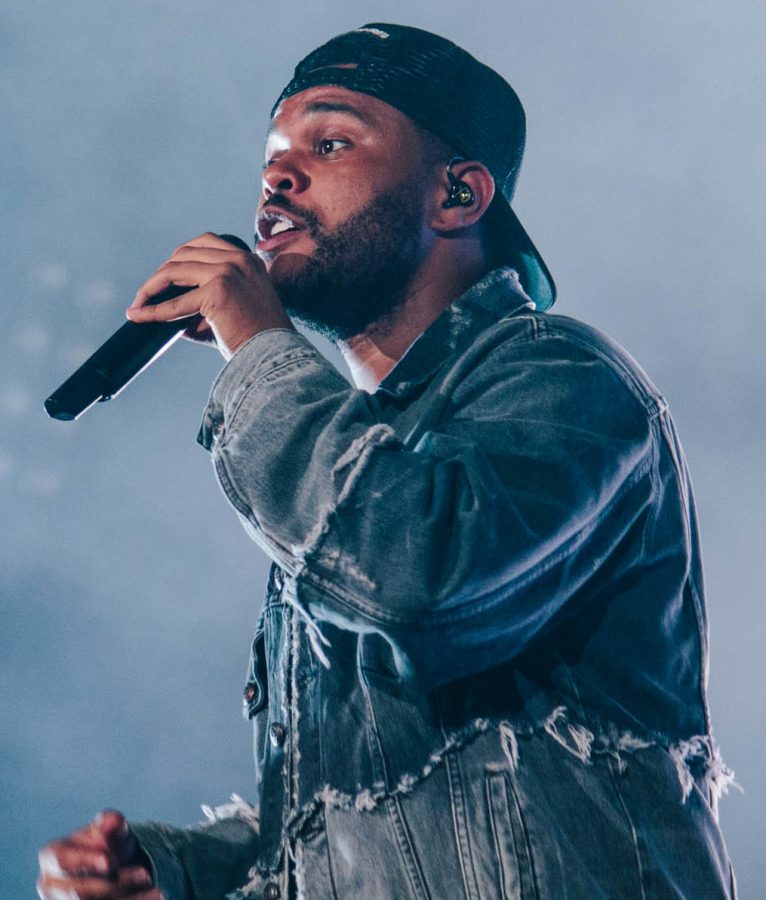 The Weeknd reemerges into the music scene with his reimagination of an ‘80s synth-pop sound through his fourth studio album “After Hours.”

In combination with his moody and dark R&B roots, the R&B superstar continues to explore themes of hedonism often associated with the fast lifestyle of his superstardom.

“After Hours” proves to be his best and most cohesive project yet with 14 songs utilizing heavy synthesizers as the main centerpiece of his production. The atmosphere and sounds of the project are heavily inspired by the glitz and glamor of the ‘80s imagery and aesthetic.

In his own words sent to Apple Music, he described the album’s numerous themes.

“You can find love, fear, friends, enemies, violence, dancing, sex, demons, angels, loneliness and togetherness all in the After Hours of the night,” the Toronto singer wrote.

Throughout the project, The Weeknd sings the same hedonistic topics that are commonly found in his discography, but the rehashing of a classic production style gives the tracks in this project a refreshing new appeal.

Take the second single of the album, “Blinding Lights,” as an example where he broods over the emptiness he feels without a romantic partner by his side at night. In the chorus he sings, “I said, ooh, I’m blinded by the lights / No, I can’t sleep until I feel your touch / I said, ooh, I’m drowning in the night.”

The rhythmic electronic drums and keyboards playing in the background keep an uptempo feel that juxtaposes the gloominess and despair The Weeknd expresses in his lyrics. With synthesizers beaming throughout the song, “Blinding Lights” exemplifies the album’s overall sound and direction.

“In Your Eyes” serves itself to be an outstanding highlight where The Weekend showcases his more vulnerable side which starkly contrasts his hedonistic lyricism. His falsetto vocals are driven by lively production reminiscent of disco dance music featuring groovy basslines, enthusiastic handclaps and a melodic saxophone outro.

The Toronto crooner grieves over his countless attempts to find true love as he sings, “I tried to find love / In someone else too many times / But I hope you know I mean it / When I tell you you’re the one that was on my mind, oh.”

This flashy reimagination of a heartbreak song provides listeners a homage to a classic time period with a modern appeal.

“After Hours” closes out with the euphoric, dreamlike outro “Until I Bleed Out.” His apologetic lyrics provoke a sense of regret over chasing dangerous highs with drugs when he sings, “Well, I don’t wanna touch the sky no more / I just wanna feel the ground when I’m coming down /It’s been way too long.”

With “After Hours” being his fourth studio album, The Weeknd brings a welcoming change to his sound as an artist with his dark, drug-induced take on classic ‘80s synthpop house music. His reimagination of the music period in “After Hours” sets him vastly apart from his contemporaries.