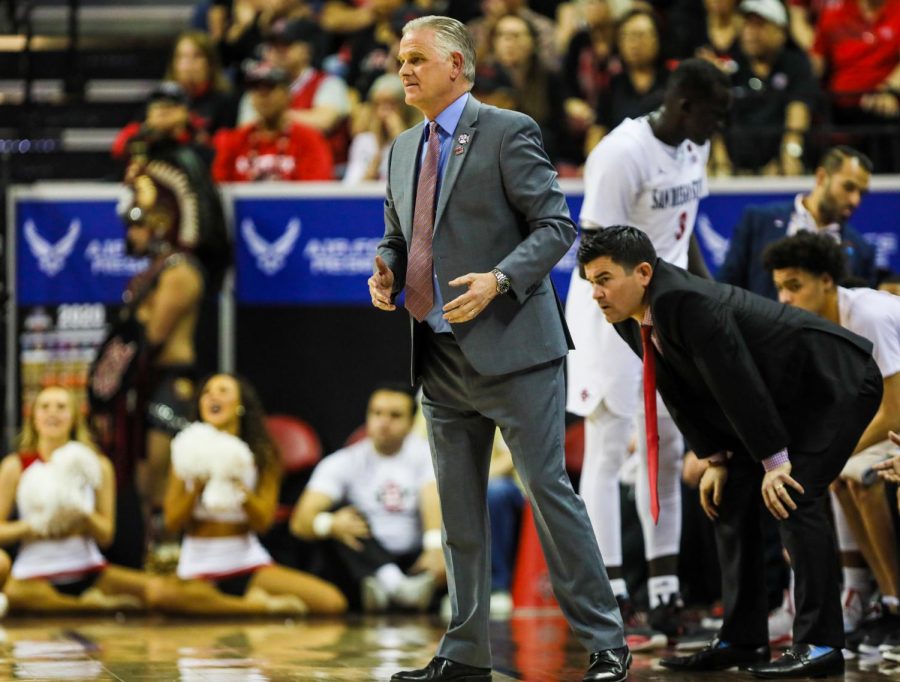 Aztecs head coach Brian Dutcher picks up commitment from another grad transfer guard for the second year in a row. Last year, it was KJ Feagin.

Gomez announced the news via a tweet Tuesday morning. He made his decision after narrowing his list down to SDSU, Arkansas, Iowa State and Washington State.

The grad transfer will be eligible immediately.

Gomez was one of the top scorers available in the transfer portal, which he entered a little less than a week ago.

The 5-foot-8 guard shares a similar story to another Aztec grad transfer, KJ Feagin. Similarly, Gomez was drawn to the location of San Diego and the winning culture the team brings.

“I want to have a better chance of winning, a bigger stage to showcase myself,” Gomez told CSUN’s student newspaper, The Sundial. “I made history here and have the chance to make more. But history doesn’t matter if you don’t win.”

A former SDSU player, Aqeel Quinn, also had an influence on Gomez’s transfer to SDSU.

Quinn played for CSUN from 2010 to 2012 before transferring to SDSU after his sophomore season.

Gomez said his brother’s relationship with Quinn helped them get in contact with each other.

“I’ve known him since I was like six years old. Him and my brother kind of played together since I was a child,” Gomez said on an Instagram Live Tuesday night. “Aqeel was texting my brother saying, ‘Come home. Do what I did,’ so I’m just blessed to be in the position I’m in.”

At CSUN, Gomez had the chance to make history by becoming the all-time leading scorer. He currently was ranked fourth on the school’s scoring list with 1,637 points.

To Gomez, winning is more important than scoring points and breaking records.

With a 30-2 record this past season and a guaranteed trip to the NCAA tournament, the Aztecs provide Gomez a great opportunity to make the big stage.

Due to the coronavirus, the recruiting process has looked a bit different.

The NCAA decided to extend the recruiting dead period through May. Out of preventative measures, this decision meant that coaches could not travel to see players, and players could not make official or unofficial visits to campuses. Phone calls and text messages were the only form of communication.

This was no problem for Gomez who had already visited Viejas Arena when CSUN played the Aztecs two seasons ago. He was able to see the energy Viejas Arena brings, and the environment that makes Aztec basketball what it is.