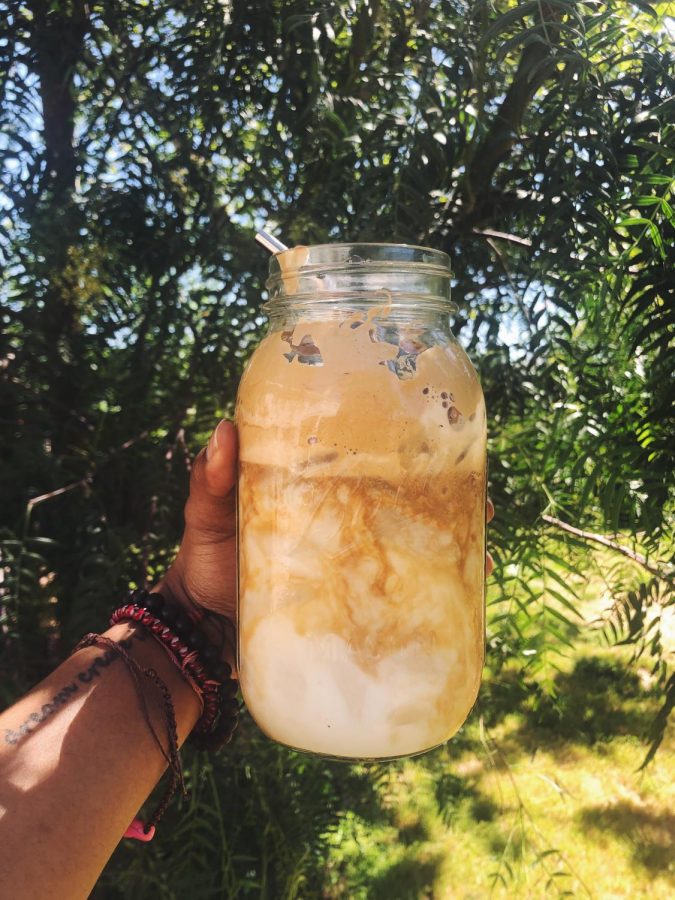 This coffee is simple to make and delicious for bitter coffee fans.

A new coffee trend has recently made its way into the limelight of people’s feeds throughout social media platforms. Dalgona coffee, known as “creamy coffee” on Tiktok, has piqued people’s interest with its simple ingredients, easy instructions and somewhat quick assemblage.

TikTok is known for creating viral content and spreading new trends. Not only are users utilizing this platform to create and share fun dances, but they are also sharing intriguing food and drink recipes such as user @iamtabithabrown, who’s known for sharing unique vegan recipes.

This trendy coffee comes in many variations, and is sometimes called “Greek coffee” or “whipper coffee.” TikTok honors this drink’s diverse forms, with each user offering their own recommendations for making the beverage unique.

What started as a 15-second video by user @imhannahcho, filming the steps of her making this frothy delight, turned into an internet craze within just a few days. This South Korean-inspired drink influenced others to try this trend at home — and as a coffee devotee myself, I had to get in on it.

Next, I added ice and a considerable amount of almond milk into a mason jar, added the creamy coffee on top and gently stirred.

After snapping a few shots of this aesthetically pleasing drink, it was time to see what all the hype was about. The first few sips were dominated by milk but it soon began to give hints of the frothy coffee.

The coffee has a strong, caffeinated taste and would definitely not be a friend to coffee lovers who take their to-go with extra doses of sugar (although, there’s nothing saying you can’t add some). This drink mimics a strong espresso with the look of a foamy latte.

This trendy drink lives up to the hype for the latte lovers of the world, but it probably wouldn’t be a go-to for someone who isn’t enthusiastic about the bitter taste of coffee. If you’re looking to bring coffee shop vibes into your home from time to time, this drink is perfect to capture the look, taste and overall feel of a barista-made iced latte.

If you’re not a coffee fan but want to get in on the frothy beverage aesthetic, there’s a new non-caffeinated drink on the rise. TikTok user Valentina Mussi, @sweetportfolio, posted a similar alternative she calls “whipped strawberry milk.” Using strawberry Nesquik, heavy whipping cream and milk, Mussi creates a chilled pink and creamy beverage. It has easy instructions, simple ingredients and looks just as appetizing as its caffeinated sister.