The Daily Aztec • May 11, 2020 • https://thedailyaztec.com/100831/artsandculture/esports-replace-intramural-sports-for-students-stuck-at-home/ 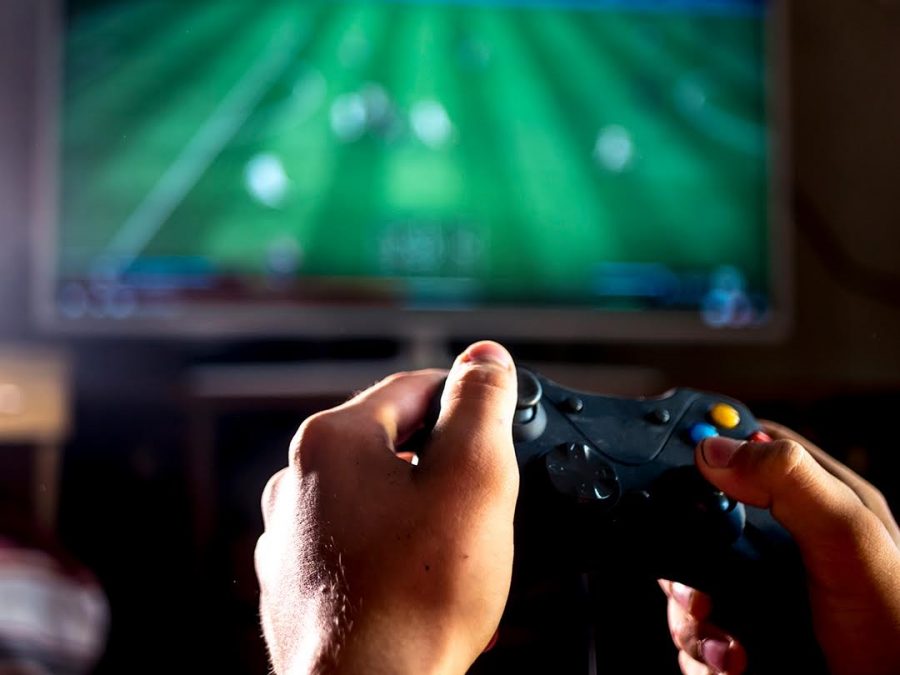 Students have the chance to compete virtually in school-sponsored esports tournaments.

Even though there are no physical sports going on at San Diego State, the competition continues – on computers and gaming consoles.

On April 3, the Aztec Recreation Center announced the kick off of a virtual esports tournaments for students.

The tournaments allow students to play several sports-centric games online in competitive leagues. Some of the games featured include NBA 2K20, Madden 20 and Rocket League.

Aztec Recreation Competitive Sports Supervisor Parker Anderson helped start an esports tournament to give students a sense of community while being distanced from each other due to the pandemic.

“Esports is a growing movement across the country at various universities,” he said. “With the COVID-19 situation in the country right now, it was the right time to launch esports leagues as a part of Intramural Sports here at State.”

The leagues are organized in “ladders.” Players challenge the person in the spot above them in the standings and if they win, they get a spot on the “ladder,” and the losing player moves down a spot. From there, Anderson and others take the top players from the “ladder” into a playoff game to determine the Intramural champion.

The rules for the tournament are different depending on the game, however players have the option to agree to an alternative set of rules as well.

When the esports leagues were announced, business administration senior and Aztec Recreation Sales and Marketing Lead Lee Bruemmer said he was ready to showcase his gaming skills.

“When the announcement came out about the esports leagues, I was all over it,” he said. “I have always been a big NBA 2K nerd.”

The esports tournament couldn’t have come at a better time for students, most of whom are stuck in their homes due to stay-at-home orders.

“I was looking forward to winning the Greek Intramural basketball and football leagues this spring, so this was a good way to fill that void,” Bruemmer said. “This was a unique opportunity to play in an organized league with rankings, scheduled games and playoffs. The organizational element made the competition higher and the games much more fun.”

Student reactions to the tournament have been positive so far. Many of them enjoy getting the chance to compete with each other and meet new people.

“Our students are loving these leagues,” Aztec Recreation Marketing Coordinator Amy Schiller said. “They continue to meet other SDSU students and relish the chance to compete.”

Bruemmer said the leagues give him and other students something to enjoy while dealing with online classes and working from home.

“It has given me one thing in my days to look forward to,” he said. “All the competitors, like all SDSU students, spend so much time during their days working and doing online school work, it’s a great thing to be able to look forward to at the end of a long day.”

Anderson hopes these esports leagues continue to bring students together despite being far apart.

“Intramural sports is largely based around creating community on campus and providing an outlet for stress relief,” he said. “We feel esports can similarly accomplish these goals even with the physical distance between students right now.”

The playoff tournaments will start soon, Anderson said. They will feature a tournament for each of the video games and will also include multiple versions for different consoles.