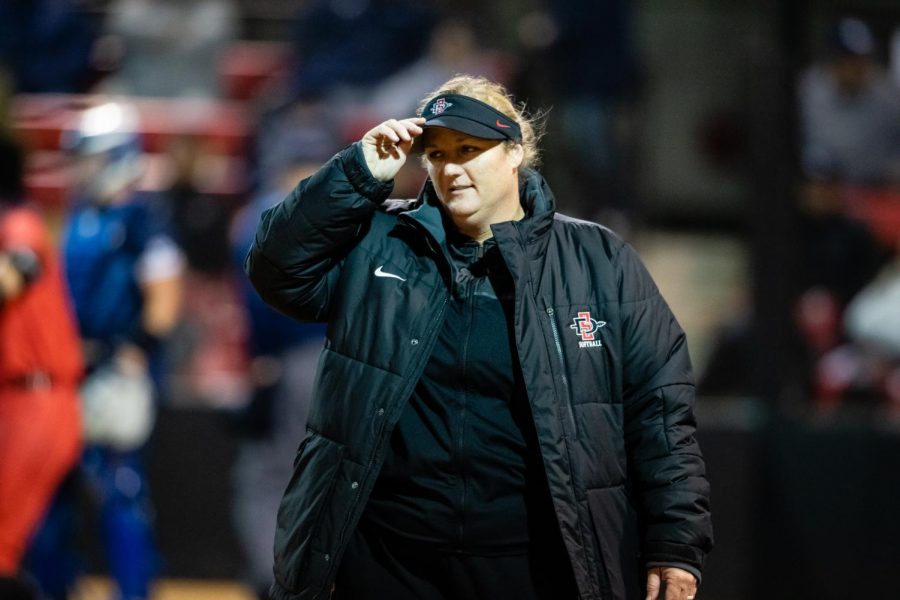 With 12 seasons under her belt with the Aztecs, Nuveman Deniz now looks towards many more seasons to come. She is set to succeed current head coach Kathy Van Wyk, who has led the program for 24 years. Nuveman Deniz has spent nine seasons as an assistant and associate head coach.

Nuveman Deniz first arrived on the Mesa after her 2008 run in the Beijing Olympics, where she finished the Games as a silver medalist. During her time on the SDSU coaching staff, she helped the Aztecs to seven straight NCAA tournaments from 2009-15. During her 12 seasons with the Aztecs, the team has a 370-248 (.599) record.

The addition of Nuveman Deniz to the Aztec coaching staff caused the team’s stats to improve across the board, including batting average reaching a school-record .365, runs per game, home runs per game, on-base percentage and slugging percentage.

Nuveman Deniz brings a vast knowledge of the game as a result of her personal success and experiences as a softball player.

She was a four-year member of the UCLA softball team, where she led the team to four appearances in the NCAA Women’s College World Series. In 1999, Nuveman Deniz assisted in leading the Bruins to the national championship game.

Nuveman Deniz was the NCAA’s all-time career leader in home runs (90) and slugging percentage (.945) during her UCLA career. Today, she is ranked third on the NCAA softball home-run leaders list.

During her collegiate career at UCLA, she was a four-time NFCA First-team All American, three-time Pac-10 Player of the Year (1999, 2001-02), and one of four finalists for the Honda Award, which is presented to the nation’s top softball athlete.

She currently leads UCLA school history in games played (264), total bases (653) and on-base percentage (.600). As a result of her success, Nuveman Deniz was inducted into the UCLA hall of fame in October 2012.

Nuveman Deniz took her softball career to the elite level as her Olympic career debuted at the 2000 Olympics in Sydney, Australia. In addition to her 2008 silver medal, she has two Olympic gold medals to her name. Her first Olympic gold medal came in 2000. During this pre-Olympic tour, Nuveman Deniz hit .365 with 10 home runs and 28 RBI. Her second gold medal came in 2004 in Athens, Greece, where she hit .313 with two home runs.

Additionally, Nuveman Deniz has previous experience in coaching prior to her positions at SDSU. In 2018, Nuveman Deniz was the head coach of the National Pro Fastpitch’s Chicago Bandits, which is a professional softball team based out of Rosemont, Illinois. She led the team to the NPF Championship series in just her first year as head coach.

Nuveman Deniz also served as an assistant coach for the Women’s National Team in 2011.

Before the 2020 season ended due to COVID-19, the Aztecs were projected to finish second in a Mountain West preseason poll. The season was canceled just one day before the Aztecs were set to host the reigning Mountain West champion Colorado State. The Aztecs finished with a 17-11 record, including an 8-3 record at home. This .727 home winning percentage was the Aztecs’ best since 2014.