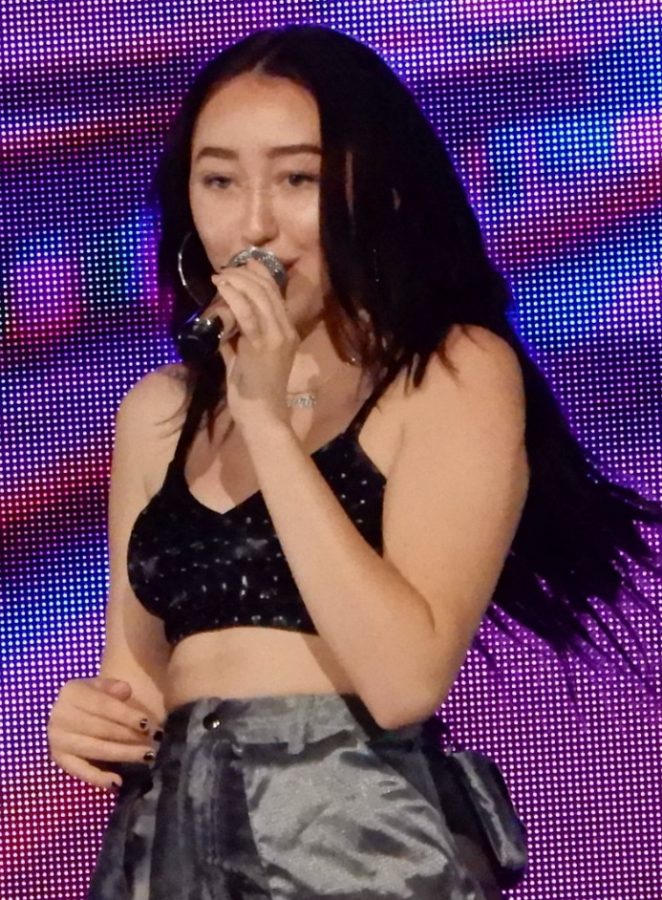 Noah Cyrus released her second EP "The End of Everything" after a two-year hiatus.

Unlike many other albums, “The End of Everything” by Noah Cyrus leaves listeners with a heavy heart and overwhelming emotions.

The lyrics of each song connect to the soul and made me find a part of myself. I was able to connect fully with each word in the EP.

Two years after her debut EP, Cyrus explored the concepts of relationships and self with her second EP, “The End of Everything,” released on May 15.

Cyrus touches upon personal topics such as mental health, toxic relationships, self-love and the struggle with growing up in the shadow of her successful older sister Miley Cyrus.

In the lead song “Ghost,” Cyrus opens up about her struggles with tackling her inner demons.

In a radio interview with the Zach Sang Show, Cyrus described how her mental struggles began when she was 11-years-old due to social media and bullying.

“When I turned eleven or twelve there was something that switched due to the way I grew up… and bullying is real,” Cyrus said in the interview.

Cyrus expresses in the song that in this dark period in her journey, all she needed was “a hand to hold”.

In “I Got So High That I Saw Jesus,” Cyrus leans into her country roots with a guitar opening up the story of her experience with reaching self-realization.

For Cyrus, the song is not pushing a certain dogma or ideology. Instead, it’s about sharing her personal journey towards reaching a higher awareness.

The song also has lyrics mentioning biblical tales of Moses, which Cyrus uses to represent the difficulties she faced while reaching this understanding.

Cyrus then shifts the story to her battle with loneliness and steps toward self-reflection in “Liar” and “Lonely”.

With lyrics such as “I’m spending more than I earn / Drink all the time to forget I’m not her,” Cyrus highlights how she felt uncomfortable with herself and dealing with depression.

In “Young & Sad,” Cyrus incorporates different musical styles and tones to showcase the highs and lows of finding herself.

The song also points out Cyrus’ desire to be free from depression.

In the second verse, Cyrus also mentions how growing up with her sister led to self-hatred in her life with the lyrics, “My sister’s like sunshine / Always bringing good light / Wherever she will go / And I was born to rain clouds / When they blew the flame out / Blessed in our shadows.”

In the latter half of the album, Cyrus explores her experiences with heartbreak and toxic relationships.

The song “July” addresses not leaving an unhealthy relationship over the fear of heartbreak.

“I wrote this about a time when I felt like I amounted to nothing to someone and never felt good enough for them,” Cyrus said in an Instagram post.

She continues this narrative in “Wonder Years,” which is a rendition and interpolation of “With a Little Help from My Friends” by The Beatles. In the song, Cyrus addresses the struggles of leaving toxic relationships.

Lastly, Cyrus closes with the title track, “The End of Everything.”

With a guitar and subtle beat, Cyrus expresses thoughts about loss and the toll it takes on people.

“Everyone you love is going to die …. It’s true, and so sad, but all the things that hurt you, they’ll be gone, too,” she said in an interview with Apple Music.

Although the lyrics of the last song are heavy and deep, the song leaves listeners feeling hopeful about getting through tough times.

Overall, “The End of Everything” offers a fresh and unique perspective on heartbreak, mental health and self-realization with vulnerable lyrics and a personal sound.