Quick Take: best new albums worth listening to this summer 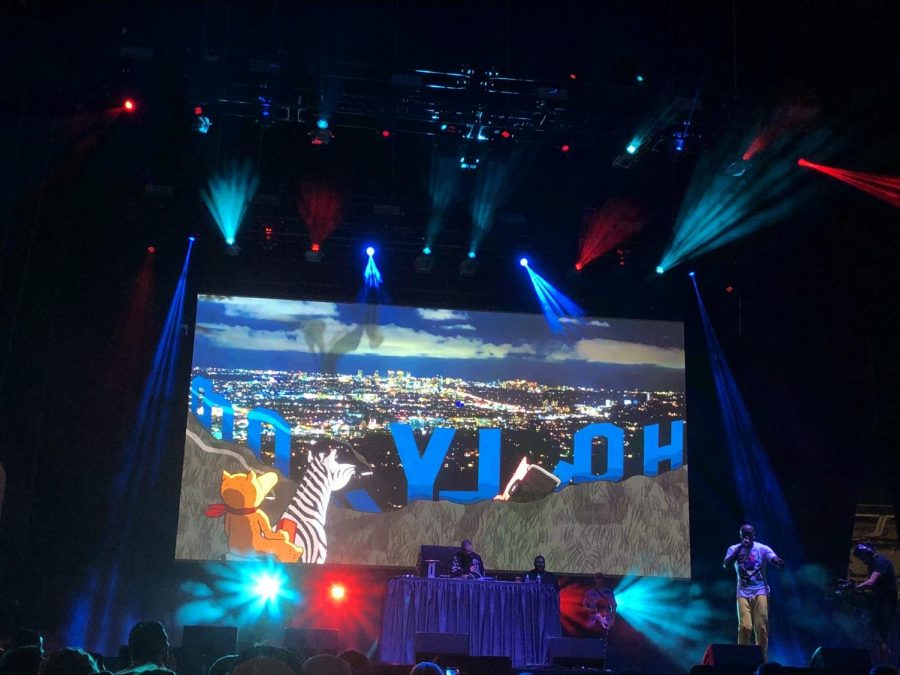 Freddie Gibbs performs at the Adult Swim festival on November 16, 2019

Music can be a helpful distraction from everything going on outside, but musicians are finding stunning and creative ways to integrate real-world issues into their work.

Many recent projects have touched on serious topics in relatable ways, making music accessible for all listeners.

Though it’s sometimes uncomfortable to hear about these problems, getting a unique perspective can make it easier to process the tumultuous world around us.

Here are some of the best new albums you should listen to this summer.

After a seven-week delay due to the COVID-19 pandemic, Lady Gaga released her sixth studio album “Chromatica” on May 29.

“Chromatica” incorporates EDM, house and electro-pop, along with the dance-pop sound Gaga popularized on her earlier albums. Although the album’s production is upbeat, Gaga discusses serious topics such as searching for love in dark places, dealing with depression and overcoming traumatic experiences.

Gaga told Apple Music’s Zane Lowe in a recent interview that making this album was a way to help her heal from past trauma.

Following a brief instrumental to open “Chromatica,” the motivational track “Alice” prepares the audience to hear about Gaga’s personal demons. The song’s title pays homage to “Alice in Wonderland” and she uses the fantasy tale to describe her fight against depression.

Gaga compares herself to Alice falling down the rabbit hole because she feels her life is spiraling uncontrollably. Though Gaga has lost control, she’s going to fight as hard as possible to reach wonderland and achieve peace.

The album’s standout song is “Rain on Me,” featuring pop superstar Ariana Grande. It’s an energetic dance-infused anthem about perseverance, which offers an inspiring message for listeners going through tough times. The song’s exhilarating chorus explains that despite the rain continuing to fall, Gaga and Grande can overcome whatever life throws at them. “I’d rather be dry but at least I’m alive / Rain on me, rain / Rain on me, rain.”

Another great track is the electro-pop song “Sour Candy,” an exciting collaboration with K-pop group BLACKPINK. In this song, “sour candy” refers to being genuine with the people you love and when someone’s true self is “unwrapped,” their flaws are on full display. Jennie, Rosé, Jisoo and Lisa from BLACKPINK appear throughout the song, delivering flirty verses and switching off between English and Korean.

“Chromatica” is an inspiring testament to resilience and encourages listeners to be comfortable in their own skin, accept their flaws and dance their fears away.

In response to the ongoing protests demanding justice for the deaths of Breonna Taylor, Ahmaud Arbery and George Floyd, rap duo Run the Jewels released their fourth studio album “RTJ4” on June 3, two days before their scheduled release.

Though the album’s release date arriving with the recent Black Lives Matter movement is purely coincidental, “RTJ4” follows a theme of calling out police brutality, systemic racism and economic inequality within American society. Previous albums under the Run the Jewels moniker have focused on social and political issues, but “RTJ4” carries a  more relevant and urgent tone.

“RTJ4” has many powerful songs but the most effective is “walking in the snow.” Killer Mike’s sobering verse references Eric Garner’s murder at the hands of the police and demands media outlets take responsibility for desensitizing viewers to violence against Black people. “And every day on evening news they feed you fear for free / And you so numb you watch the cops choke out a man like me / And ’til my voice goes from a shriek to whisper, ‘I can’t breathe.’”

Another compelling track is “JU$T,” featuring Pharell Williams and Rage Against the Machine frontman Zach De La Rocha. Each verse of the song criticizes America’s political elite for contributing to wealth inequality and the faults of capitalism, with each shot more scathing than the last.

Though most of “RTJ4” deals with heavy subject matter, a few tracks are full of light-hearted braggadocio rap, including “out of sight” featuring 2 Chainz. Filled with witty one-liners and battle-rap style wordplay, it’s a fun departure from the album’s serious theme.

Following the album’s release, the group spoke to Rolling Stone about how racial inequality has plagued America for many years, but Trump is the most outspoken example of the problem.

“I’ve always thought of Trump as the tumor that finally makes it evident that you have a cancer that you need to deal with,” El-P said.

“RTJ4” is an impressive album full of passionate protest music. It strongly emboldens listeners to call out injustices, revolt against corrupt officials and become more aware of their surroundings.

Freddie Gibbs and The Alchemist, “Alfredo”

After a surprise Twitter announcement on May 28, rapper Freddie Gibbs and producer The Alchemist released “Alfredo,” their second collaborative project and first as a duo.

“Alfredo” is a gangster rap album heavily inspired by Italian mafioso culture. The album pays tribute to criminal anti-heroes, the mythical lure of ‘70s crime kingpins, and the monetary excess that comes from the gangster lifestyle.

In a recent interview with Complex, Gibbs and Alchemist expressed professional admiration for each other and how their chemistry allowed them to create a truly rewarding project.

“These are some of the best raps I ever did, because Al put me in a space where the raps come effortless,” Gibbs said

In accordance with the theme, Alchemist’s production is riddled with samples from old gangster films and vintage R&B records, making the album feel like a theatrical experience.

The highlight of the album and its most popular track is “Scottie Beam,” featuring Rick Ross. Rapping over a dazzling piano beat, Gibbs and Ross touch on many topics, including social commentary and Black excellence.

On the other hand, Ross’ verse is about the glitz and glamour that come with being a boss. He talks about how he strives for more success and finishes with a touching tribute to Kobe Bryant and his daughter Gianna.

“Alfredo” is the perfect rap album, full of lyrically mesmerizing raps and sonically beautiful production. With this album, Alchemist shows he’s still an excellent producer after twenty-five years of making beats, and Gibbs proves he may be the best rapper alive.

Additional Projects Worth Checking Out