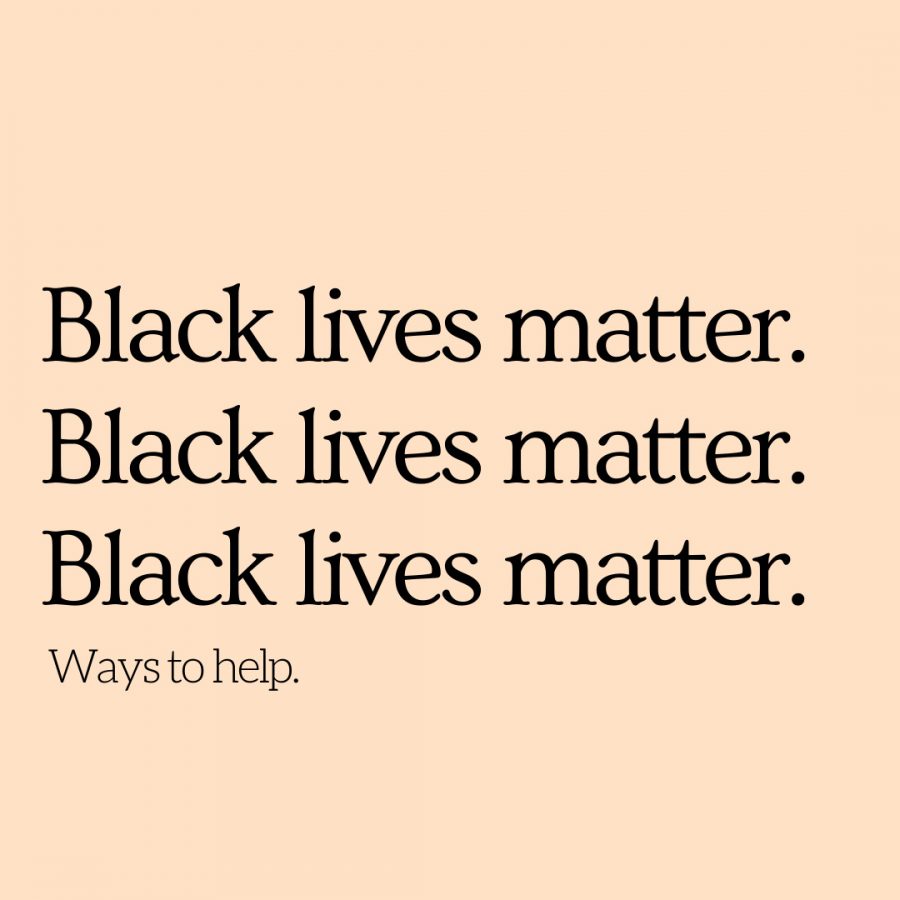 On May 25, George Floyd, a 46-year-old Black man accused of buying cigarettes with a counterfeit $20 bill, took his final breath while handcuffed and pinned under the knee of a Minneapolis police officer.

A New York Times video shows Floyd — distressed yet compliant — being arrested and later pinned face down on the pavement by three other officers. Momentarily, officer Derek Chauvin, who is white, forced his knee on Floyd’s neck, pressing down with the weight of his body for a duration of eight minutes and 46 seconds, according to a complaint filed against him.

While at Chauvin’s knee, Floyd continuously said he couldn’t breathe as he gasped for air. Chauvin’s knee remained on Floyd’s neck and didn’t retract from Floyd’s unconscious body until the paramedics arrived.

Floyd was later pronounced dead at a hospital.

A day later, the Minneapolis Police Department fired all four of the officers involved in Floyd’s arrest and on June 3, Chauvin’s charge for third-degree murder was elevated to second-degree. On the same day, the three other former Minneapolis police officers involved were charged with aiding and abetting murder.

Still, these repercussions have not been accepted among thousands across the globe as this is just one of the most recent Black lives taken away by police for unjust reasons.

Since Floyd’s death, those in support of the Black Lives Matter movement have taken to protests and social media platforms to communicate messages against police brutality, racism and racial injustice.

The names of other Black lives taken by the police have also circulated on the internet and protests including Breonna Taylor and Ahmaud Arbery — both unarmed and shot by police officers or other white people.

Hundreds of people have protested in the streets of San Diego over the past weeks, showing solidarity for the cause  — an action powerful to society and harmful to public health.

While the amount of support shown via protests has been astonishing, the number of COVID-19 cases and deaths in the county continues to escalate. The fight toward social justice is necessary and should continue but the silent fight toward a pandemic-free world should too.

Now is the time to inform, educate, correct and prevent in a manner that doesn’t put public health at risk. If you are set on protesting, consider reading these suggestions on how to protest safely.

For the rest, outlined below are a few ways you can show your support for Black lives without running the risk of further coronavirus propagation at large protests.

Every dollar and signature counts. These petitions and organizations are dedicated to dismantling systematic oppression, racism and bettering the lives of those in the Black community. A few seek justice for Floyd, Taylor, Arbery and other victims of racial injustices.

Justice for George Floyd on change.org  The goal of this petition is to “reach the attention of Mayor Jacob Frey and DA Mike Freeman to beg to have the officers involved in this disgusting situation fired and for charges to be filed immediately.”
#JusticeforBre on colorofchange.org This petition seeks the justice of Breonna Taylor, an unarmed Black woman who died in her home in Louisville, Kentucky after being shot eight times by the police in March.
NAACP Legal Defense Fund for George Floyd  This petition hopes to “insist that officials ensure safe policing in times of unrest.”
Tell Minneapolis City Council to Defund the Police on reclaimtheblock.org This petition calls for the Minneapolis City Council to defund its police department and invest in resources that keep Black, Indigenous and communities of color safe and healthy.
Justice for Ahmaud Arbery- Pass Georgia Hate Crime Bill on change.org This petition is intended to pass a hate crime bill in Georgia following the February death of Ahmaud Arbery, a Black man who was jogging in a Georgia neighborhood when two white men shot him.

Show your support for the Black community by ordering takeout or visiting any of these local businesses owned by people of color. Grab a bite and feel good knowing your money is going toward a good cause.

Finally, another way to help end racism is to learn about it. Take this time of continued self-isolation to educate yourself on the social injustices the Black communities in America have faced for generations and continue to face today. Knowledge is power. Don’t forget to share it with others.

Here, some popular titles and best-selling books on racism recommended by the Antiracist Research and Policy Center and included in its National Antiracist Book Festival.

White Fragility: Why It’s So Hard for White People to Talk About Racism by Robin DiAngelo.
How to be an Antiracist by Ibram X. Kendi.
Eloquent Rage: A Black Feminist Discovers Her Superpower by Brittney Coope.
Heads of the Colored People: Stories by Nafissa Thompson-Spires.
This Book is Anti-Racist: 20 Lessons on How to Wake Up, Take Action, and Do The Work by Tiffany Jewell.

“Who Gets to Be Afraid in America?”  By Ibram X. Kendi for The Atlantic.
“The 1619 Project” collection of articles by The New York Times.
“White Privilege: Unpacking the Invisible Knapsack” by Peggy McIntosh.

Politics aside, this movement is about human lives.

With these titles and recommendations, my hope is that you’ll join the ongoing battle toward dismantling racism. It is only a matter of time before the Instagram posts and tweets about protests and the Black lives that have been taken away will vanish. Once that happens, it’ll be up to you to continue this fight on and offline.