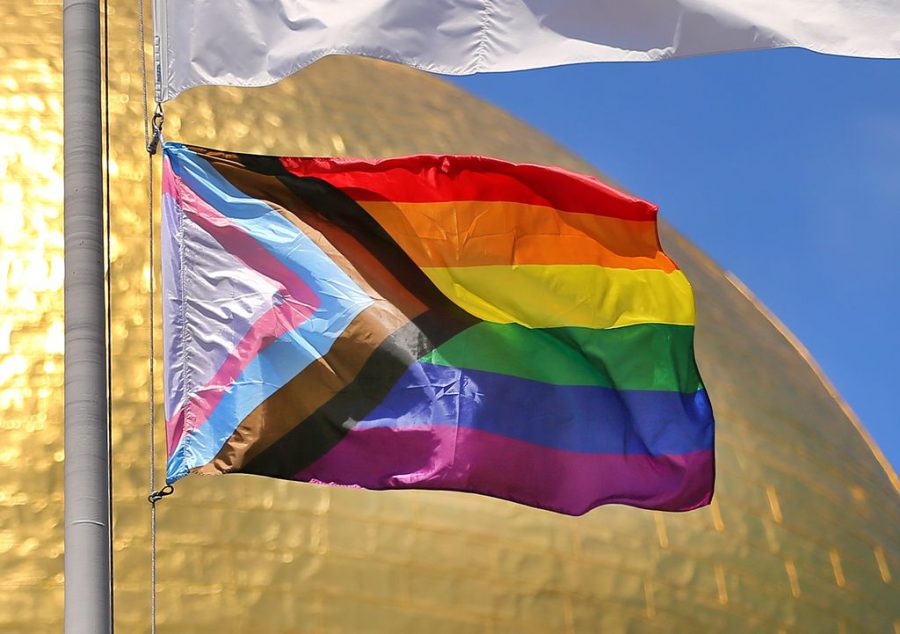 This Pride Month, it would be inappropriate to celebrate or educate ourselves about the LGBTQ+ community without recognizing that while the queer community stands on the shoulders of the Black transgender and gender-nonconforming leaders like Marsha P. Johnson and Stormé DeLarverie, our Black transgender community continues to bear the brunt of multisystemic discrimination in the United States.

The Human Rights Campaign reported that of the 22 transgender or gender-nonconforming people killed in 2019, all but one were Black.

This month, we saw the deaths of two Black transgender women in one week alone.

These are just a few of the Black transgender lives lost to senseless, violent killings since 2019.

Our protest chants and social media posts ring with the now-familiar saying: “Say their names.” With that, I can’t help but think of the many whose names we will never know. Or the names of those who we have lost to increased risk of suicide, substance abuse, and other health adversities that the transgender community faces at disproportionate rates.

Although it is intuitive to prioritize access to health care services directly related to being genderqueer (e.g. hormone treatments, top surgery, etc.), it is just as important to increase access to mental health services and treatment for chronic diseases.

Transgender folks are twice more likely to have suicidal ideations and attempt suicide than their other queer counterparts. LGBT folks are also more likely to abuse alcohol, marijuana, methamphetamines and heroin than people who are heterosexual. Trans people are at a higher risk of heart disease due to hormone use, smoking, and obesity as well.

LGBTQ+ are at increased risk for mental illness and chronic disease due to the environmental stress factors associated with discrimination. These risks are exacerbated by the fact that our society will continue to chug along with making decisions with little to no concern for sexual minorities.

Earlier this month, the Trump administration reversed an Obama-era section of the Affordable Care Act which protected discrimination of transgender individuals. This change limits access to health insurance and other health benefits for genderqueer folks by restricting the definition of discrimination on the basis of gender identity, only recognizing individuals by their biological sex.

The federal government’s outdated definition of gender illustrates how cultural incompetence and bigotry in the legislature enables widespread multisystemic discrimination against marginalized groups.

Like so many marginalized people, transgender people have a complicated and often negative relationship with the healthcare system. A huge proponent of this includes increased rates of distrust between transgender patients and their care providers. While legislation and organizational policies play a large role in this issue, this widespread discrimination in the health care field is a result of individual biases as well.

A possible solution could be increased awareness about LGBTQ+ culture and history at every stage of education. Throughout K-12 education, American students are conditioned to identify themselves with the story of a very narrow population, a story that does not reflect the entirety of the American people.

There are billions of stories left untold, and so many of those stories belong to queer people. Despite the lack of representation of nonbinary and trans people in media, different societies around the world have noted the existence of genderqueer people — the hijra from India, waria in Indonesia and the Two-Spirit recognized in Native American cultures are only a few.

As of now, people have to take it upon themselves to become educated about LGBTQ+ matters outside of the classroom and unlearn what our society has taught us about which perspectives are deemed valid and noteworthy and which ones are not.

The United States has ingrained a sense of otherness into the queer community. For the majority of people who are straight and/or cisgender, it is up to us to recognize that transgender people are ours to protect, celebrate and empower.

Here are some ways you can support the queer community at SDSU: take LGBT 321 (LGBT Identities in the Modern World) or LGBT 322 (LGBT History and Culture) to fulfill your upper division GE requirements, support the Pride Center, and be aware of the queer student organizations on campus (e.g. Queer Student Union, oSTEM, Blaq Space, Delta Lambda Phi).