Forced out of their lease, Cal Copy closes its doors 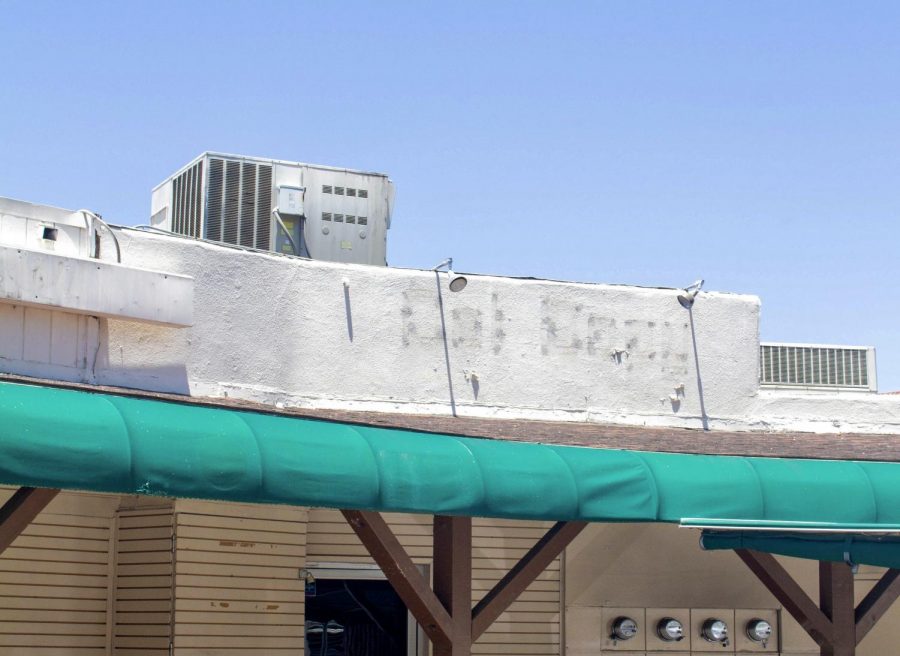 The doors of Cal Copy, the small digital print shop located on College Avenue, closed on June 26, marking the end of a San Diego State staple students have used for decades.

As Cal Copy reached the end of its yearly lease, co-owners Mansoor and his wife Fariba contacted Aztec Shops to discuss renting next year.

Mansoor said Aztec Shops denied him the building space due to negotiations with another potential tenant. Mansoor received an email from Debbie Burchianti, Aztec Shops’ contract housing administrator, stating that the building’s availability must be kept open for a new service that would take up the space.

Burchianti wrote in the email that the new tenant would provide a service that is “valuable to the university as well as the surrounding community.”

According to Associate Vice President and Chief Communications Officer La Monica Everett-Haynes, Cal Copy had been in a short-term lease arrangement with Aztec Shops, and Aztec Shops had communicated back in 2016 that the long-term plan was to identify a tenant that had the potential to lease the building long-term.

The family-owned business has called the College Area home for 36 years. In that same timespan, Cal Copy had to change locations three times.

Cal Copy was the creation of Mansoor and his father, both immigrants from Iran. They started the business in 1984, first opening up a shop in downtown San Diego.

Six months after the downtown location opened, Mansoor and his father expanded to the College Area, setting up shop at 5157 College Avenue, where 55 Thai currently operates.

Aztec Shops purchased the space from the SDSU Research Foundation in 1997 and Mansoor rented it under their domain, until he was told by representatives that the building would be demolished.

“I was told there was going to be construction on campus and they were tearing it down, and that I needed to move,” Mansoor said. “As you can see, it’s still there, they didn’t touch it.”

In 2002, Mansoor moved his store to College Square, next to Starbucks on Lindo Paseo. About 10 years later, Aztec Shops bought it out.

For three years Mansoor again rented space from Aztec Shops. In 2015 Mansoor decided to move the store into a privately owned building.

Mansoor has since been a tenant of Aztec Shops and manages with the yearly rent increase. Now, during the pandemic, he has been offered a six-month extension to the lease before the Cal Copy must move out. This agreement also includes another rent hike.

“I understand it, they need to buy buildings so the campus can grow and get bigger,” Mansoor said. “I want to work with that, but there is a way to do business, and this isn’t the right way. You can’t just choke off a business.”

Despite the economic losses Cal Copy faced, Mansoor stated that they always paid rent on time and in full, all while the amount continuously increased.

“I’m a 36-year tenant on campus and I’ve never been late to my payment,” Mansor said. “During COVID-19 I paid every cent, every dime I had to pay, even though there was nothing coming in. We paid our share but we wanted some understanding from our landlord, from SDSU, that the amount they were charging was for a campus with 30,000 students on it.”

Cal Copy served a wide range of community members— from students to deans and even the office of the president of the university according to Mansoor.

“If the SDSU community wasn’t so good to me, I’d be out of business a long time ago,” Mansoor said. “They need a service like this.”

“It’s just so sad because they’ve been there for so long and they are such great members of the community,” Mahoney said “They save students so much money.”

However, Mansoor saw his job as being more than that. He acted as a mentor to several  students who had an interest in digital art, offering jobs to those looking for printing experience.

From providing posters for clubs, flyers for events or prints for art students, Cal Copy brought students’ visions to life.

“I remember my first day of school, I went into Cal Copy,” Suchard said. “The customer service I was getting felt like home. They’re amazing people, and they don’t even charge high prices.”

Cal Copy currently still operates online and has a separate location in La Jolla, which is owned by Mansoor’s brother. Print orders can be placed online and store credit can be purchased in advance.

Mansoor said that while they are currently searching for another in-person location, SDSU’s well-spread occupancy brings challenges. At this time, the business that was passed on from his father currently sits at a dead end.

“It’s one day at a time,” Mansor said. “Hopefully, everything will work out at the end.”

Editor’s Note: A previous version of this story incorrectly said that Aztec Shops forced Cal Copy to change locations 3 times when Cal Copy had actually been renting under the SDSU Research Foundation. The Daily Aztec regrets this error.  Additional information regarding the terms of the lease has also been added.