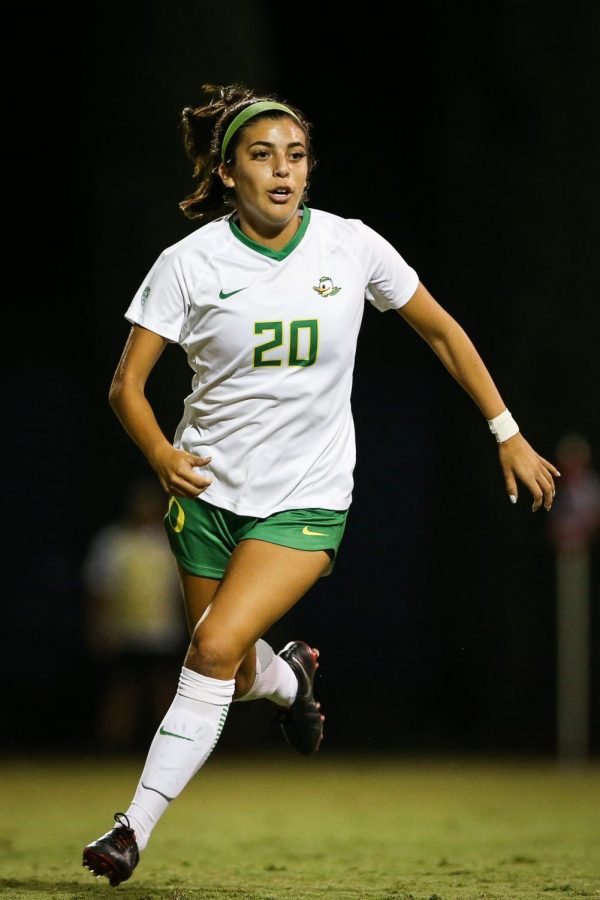 Watkins transfers to SDSU after spending the last two seasons at the University of Oregon. She played in 11 games for the Ducks this past season.

She has signed a Grant-In-Aid agreement and will be immediately eligible for the upcoming 2020 season.

Head coach Mike Friesen said Watkins is a solid addition to the current mix of players.

“(Watkins) is just an all-around good fit, and it’s great to have another player from San Diego,” Friesen said. “We think she’s a very good player that’s going to fit in well to how we play.”

Friesen hopes to utilize Watkins’ versatile skill set and ability to play multiple positions in order to be creative with lineups and attacking formations.

“She’s got some things she does really well that will fill some needs for us,” Friesen said. “She fits in positionally in the middle of the field, whether that’s in the midfield or at the back. I think she’s going to add to that group but also free us up to move some other players around if we feel like we need to make some changes.

“I think she gives us some versatility, both in getting some rest but also then changing some people into different roles where they can add to the attack.”

Although playing on the Mesa will be a new experience for Watkins, she already has the familiarity of being in America’s Finest City.

Watkins graduated from Helix High School in 2018. She played soccer all four years of her high school career, where she was a two-time All-CIF San Diego Section honoree in 2016 and 2017.

She also led Helix High School to the 2016 San Diego CIF Division III Section and Southern California Regional championships. Watkins hopes to recapture her high school success during her time at the Mesa.

“I just thought that I blossomed a lot being at home,” Watkins said. “The big thing for me was all the support that I’m going to get from my friends, my family and just playing for the San Diego community again.”

The Aztecs recruited Watkins when she was in high school and Friesen always knew she would be a great fit for the program from the start.

“When the opportunity came up for us to talk to her about coming here, we just felt like it was a great fit for what we’re in need of, but also just culture-wise,” Friesen said. “We know that she’s going to bring things to our team in a leadership role, and just a mentality that really fits with who we are as a team.”

Not only were the Aztecs interested in Watkins from the beginning, but she was as well.

“I’ve always watched them and I know they’re a really successful program,” Watkins said. “So I’m just kind of excited to be a part of that success as well.”

Even though Watkins did not experience much stability during her time at Oregon, she is glad to be back home and play in front of her friends and family.

“I just had a lot of adversity, injuries and a lot of things at Oregon that I noticed was you get the support from a lot of other like resources that I had down here,” Watkins said.

At the end of the day, Watkins is thankful for the opportunity to be able to come home and is determined to take advantage of it every time she steps out on the field.

“(The coaches) gave me the opportunity to come back and I’m just really excited to kind of prove to everybody what I can do being at home,” she said.

With much uncertainty remaining ahead of the upcoming 2020 season due to the COVID-19 pandemic, Watkins remains excited to kick off a new beginning in her hometown.