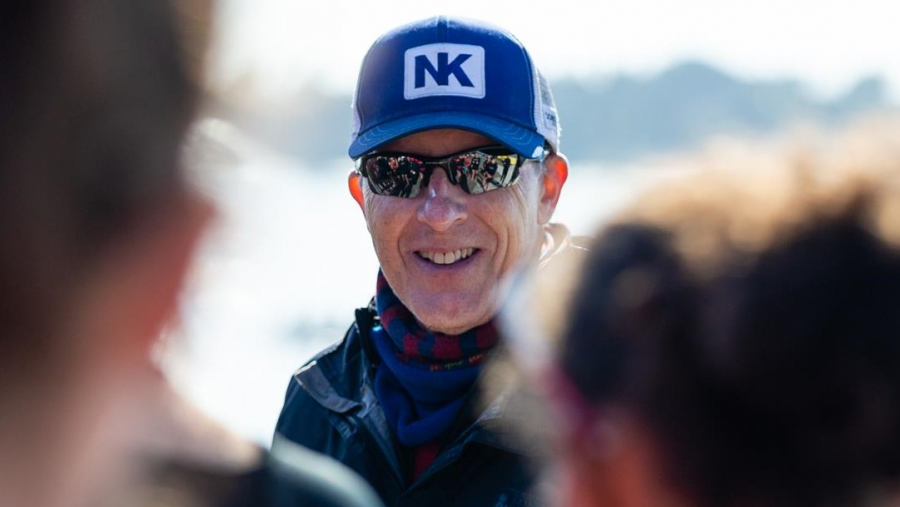 San Diego State rowing did not get to compete much last spring. However, that did not keep head coach Bill Zack from staying busy during the COVID-19 shutdown.

The Daily Aztec talked to him about how the team is doing and what he has been doing off the water.

The Daily Aztec: How are your players and assistant coaches doing right now?

Bill Zack: “They’re doing very well. The team had their best ever team GPA in the spring semester. It was a 3.62. In addition, because of COVID, the NCAA has allowed virtual team meetings during the summer. Normally we wouldn’t be able to have them. We have been meeting once a week and it’s covering a wide range, sometimes it’s nuts and bolts discussing, like the repopulation plan, but mostly we’ve been doing guest speakers. For example, we had the person who directs the under-23 national team system, and she herself is a two-time world champion. We had the head of U.S. Rowing Sports Science. This week, we had an alumni panel with five of our recent graduates. So, our team is doing fine, our coaches are doing fine, and we’re gradually getting ready to start the fall semester.”

DA: Speaking of your alumni, what does it mean to the program that since SDSU joined the American Athletic Conference seven years ago, that at least two of your players have become All-Conference athletes in each of the last six years?

BZ: “We’re very happy to be members of the American. It’s meant a lot to the team to have a true season-ending championship with a pathway to the NCAA National Championship if we were to win the conference. We had some very good athletes and we continue to have very good athletes. In addition, we have two women that are in the USA Rowing Under-23 National Selection Camp. Of course, unfortunately, they aren’t selecting a team because the World Championships were canceled. So, we’ve had a lot of really talented women on the team and continue to get them as recruits to continue to develop them while they are on the team.”

DA: Looking back at 2019, what were some highlights from your season?

BZ: “We didn’t get in very much racing, unfortunately. We did a scrimmage against University of Minnesota, who comes out here and escapes their winter weather and we did well out there. Then we did our traditional city scrimmage with USD and UCSD and did very well. But those scrimmages don’t have a declared winner. The only race we got in was at UCLA, which is sort of our traditional season opener. Our first date came as close to UCLA as we’ve ever had 1.4 seconds behind them and at the time UCLA was ranked number 20 in the country. Then four days, shut everything down.”

DA: What are the expectations for SDSU rowing, assuming we have a season?

BZ: “Well, I guess we really don’t know with COVID exactly what’s going to happen. We want to stay safe and come together as a team because we always have to blend the freshman with the returners. And throughout the very good aerobic base, I don’t know if there is going to be any racing in the fall, although we don’t do very much of that. We’re hoping to have as normal of a spring season as we can. This is the first year for the (AAC), that we are going to be in Oakridge, Tennessee, which is one of the best venues in the country, that hosted the NCAAs before (for the conference championship). We have not had great venue weather the last few years and there’s no guarantee in Tennessee, but we think we are going to have a very fair championship amongst all of the schools. We would like to target in the medals in all of our events, which would be the best conference finish we’ve ever had.

DA: Looking back at 2019, it was a year to remember for you, winning Western Intercollegiate Rowing Association Coach of the Year honors. What was that like to win that honor for the first time as an Aztec head coach?

BZ: “Technically, it is an individual award, but it is really a team award…It’s our assistant coaches, our athletic trainer, our strength and conditioning coach, and if all of them weren’t doing great things with the athletes who won those medals, then I wouldn’t get that award. For me, it’s really a team award, recognizing what everyone did together.”

DA: Outside of rowing, especially with how much time we have, what have you been doing during the pandemic?

BZ: “In a weird way for not having practices to go to, we have been spending more time on recruiting and recruiting is one of those things that will fill up as much time as you have available. We had a Zoom virtual recruiting call with 14 rising seniors because we aren’t going to have official visits with all of the COVID restrictions. We feel that we’ve done a very good job with the group that is going to graduate high school in 2021 and we have a good start with the class that is graduating in 2022. I’m still very active with the Collegiate Rowing Coaches Association and our COVID-19 task force. We’ve been doing some good things. A lot of the coaches in the (SDSU) athletic department are part of the faculty union along with the librarians, counselors, and the instructional faculty and we have a labor management council. It is a cooperative way to work together…So recruiting and committee work.”