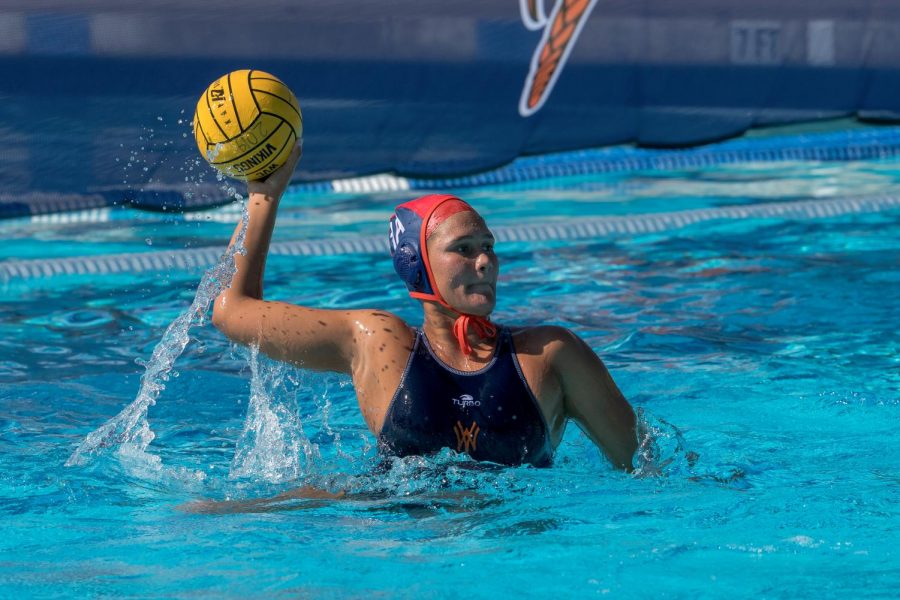 During the 2020 San Diego State water polo season, the battle for position time at goalkeeper was mostly between then-junior Jordann Heimback and then-freshman Grace Halliday with then-sophomore Zoe Morgan and then-redshirt freshman Katie Verdugo just behind.

Now, with the signing of Raquel de Pinho, the goalkeeper position battle just got deeper.

Head coach Carin Crawford announced the signing of de Pinho, a former Brazilian National Team player, on Friday, a move that will only increase the Aztec’s play at the net.

“We’re excited to have Raquel join our program,” Crawford said in a press release. “Having played in the Brazilian National Team pipeline, she is an experienced goalkeeper and given her maturity, we expect she will compete for playing time right away. Raquel has great pool vision, is a great blocker and an even better passer, so we expect that she will contribute on offense as well by getting the ball out deep in transition.”

De Pinho competed on the Junior and Youth Brazilian National Teams from 2012-2016 as well as the Senior National Team in 2017.

For the past two years, she was the goalie at West Valley Community College in Saratoga, California, near San Jose.

In those two seasons, she started 62 of 63 games and helped the Vikings go undefeated in Coast Conference action with a .612 save percentage.

As a result of her success over the last two seasons, the Rio de Janeiro native received two All-American honors, two first-team All-Coast Conference honors, including conference MVP last season, back-to-back conference Goalkeeper of the Year honors and was West Valley College Female Athlete of the Year in 2020.

Crawford is known to bring international talent into the program, as senior defender Lucia Carballo competed in the Pan American Games for the Mexican National Team last summer.

De Pinho is the ninth signing for Crawford this offseason.