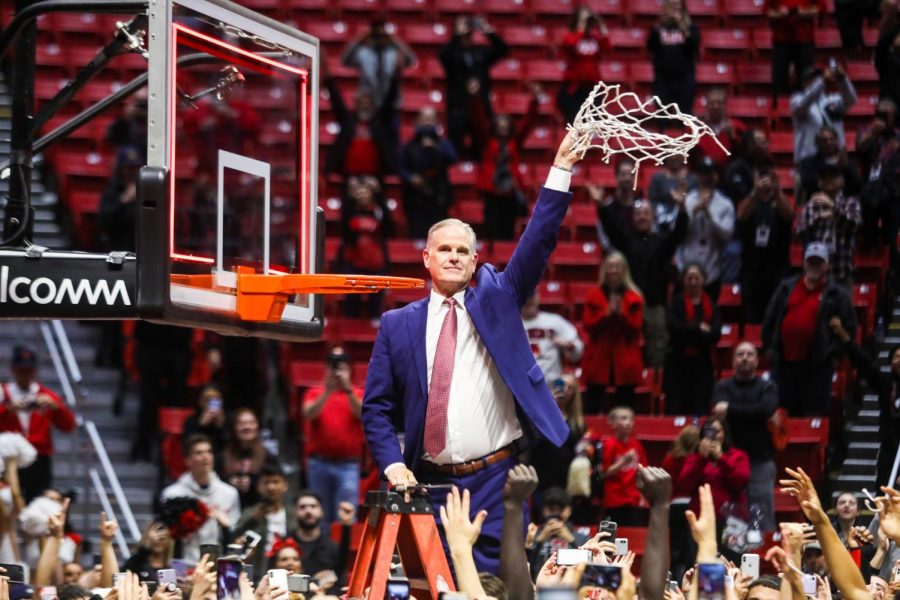 He was rewarded with a contract extension in August 2018.

Fast forward three years later, Dutcher was able to ink another agreement with the university.

Dutcher signed a three-year, $7.855 million contract extension on Sept. 4, keeping him at the helm of the program until 2025-26 and making him the highest-paid head coach in the Mountain West.

“Having spent more than 20 years at San Diego State University I understand what a special place this is,” Dutcher said in a press release. “I am humbled and honored to continue to represent SDSU and Aztec basketball as its head coach.”

Now entering his fourth season as head coach, Dutcher’s extension comes about six months removed from arguably the program’s most successful season of all time and the team’s first regular-season MWC championship since 2015-16.

That includes a 30-2 record (one of four Division I teams to reach 30 wins), MWC Coach of the Year, a trip to the conference tournament championship game and USA Today Sports national coach of the year honors.

The only other Aztec men’s basketball head coach that was recognized as coach of the year on a national level was Steve Fisher in 2010-11.

Dutcher, who has been at SDSU since 1999 as an associate head coach, was also instrumental in the Aztecs reaching No. 4 in the AP Top 25 Poll, tying the highest rank in school history.

The Scarlet and Black were unable to play in the NCAA Tournament in March due to the COVID-19 pandemic, but the legacy of last season’s team will stick around for quite some time.

“With all the success we have enjoyed on and off the court thanks to Brian’s leadership, it was a priority to maintain that continuity and keep him under contract,” athletic director JD Wicker said in a press release.