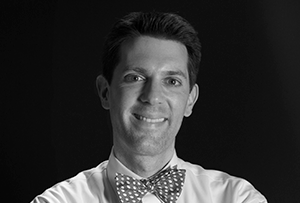 Temple Northup, the new director of Journalism and Media Studies at San Diego State, introduced himself to students and faculty for the first time today.

In the nearly hour long meeting, Northup took questions from JMS students concerned about their career path and the future of virtual schooling at SDSU during the COVID-19 pandemic.

“It’s hard to come in with a bunch of different ideas of things we can do,” Northup said. “It’s hard to propose a lot of things when your meetings are limited to Zoom meetings. One of the biggest things that I’m about is building a community—it’s really hard to do that online.”

Despite this difficulty of online education, Northup proposed several changes that he thinks will benefit all JMS students, both new and nearing graduation.

He proposed getting rid of the Grammar, Spelling, and Punctuation exam, and implementing an online version to test grammar, such as EGUMPP, an online grammar curriculum which JMS is currently using to examine its students before entering the major.

“Since English is not my first language I hesitate many times using the right words for articles,” said media studies senior Antonio Marquez. “So taking the GSP created a sort of doubt in me if I was using the right Grammar or Punctuation when writing an article. The test to me was making more harm for students and adding more pressure than making it easier for them to apply to their majors.”

Northup said he wasn’t completely sure which online program the school should move forward with, but he admits that an EGUMPP-like program would be better overall.

One of Northup’s biggest goals is to increase the number of JMS study abroad programs, so students can have a better understanding of different cultures while they earn credits toward their major. He says this is because of his many experiences moving during his childhood across the country and the world.

Born in Paris, Northup moved to New York at a young age, then soon moved to Louisiana and Seattle to finish school. He went to college in North Carolina before moving to Los Angeles after graduating, working in primetime television production. He received his masters at Syracuse University, then went back to North Carolina for his PHD.

Northup understands the difficulties of being a transfer student, stating his goal to make entering the journalism major much faster for people who want to graduate in two years after transferring.

Additionally he wants to make crucial capstone courses needed for graduation available over the summer so students unable to sign up for them in the spring do not have to return for an entire fall semester.

Northup’s final proposition was to build a stronger sense of community among JMS students by creating a student advisory board to hear whatever problems or praises students may have.

Despite all of these changes he has proposed, Northup said his first priority is still to keep people safe.