The Trump Administration will restore law and order in America. Again? 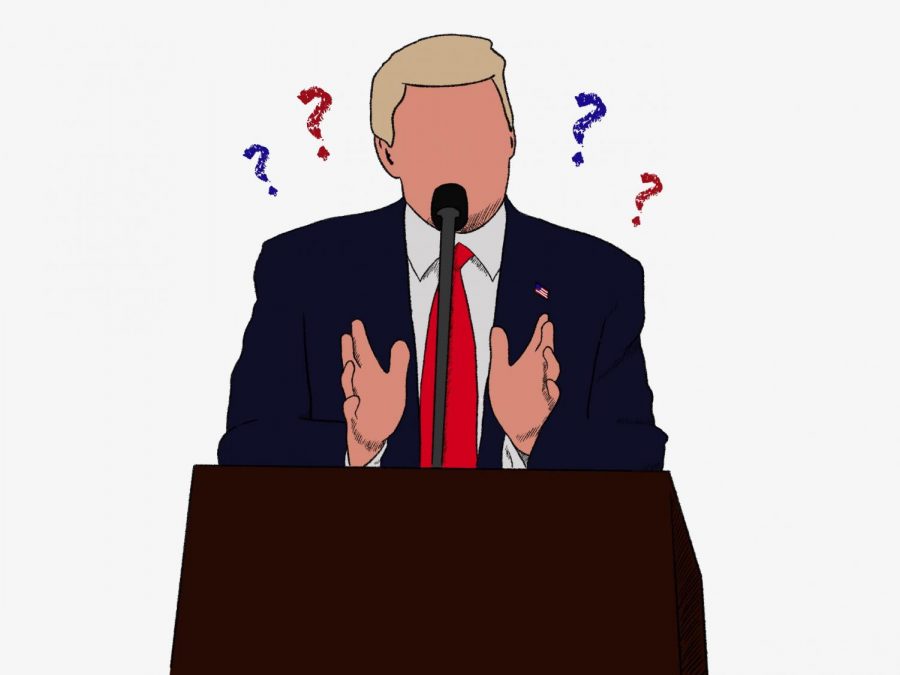 President Trump formally accepted the Republican nomination for President on August 27 from the South Lawn of the White House.

Republicans put forth their central policy, contrasting with Democrats. The message was a platform recycled from 2016 promising to restore law and order in what Trump calls “mayhem” in Democrat-run cities.

Candidate Trump said in his 2016 nomination acceptance speech, “Americans watching this address tonight have seen the recent images of violence in our streets and the chaos in our communities. I have a message for all of you: the crime and violence that today afflicts our nation will soon come to an end.”

Four years later, the unrest and division haven’t been fixed under a Trump presidency.

The Trump presidency has pushed our country to a tipping point; fanning the flames of racial tensions along the way.

It was clear from night one that the GOP would dust off their 2016 war chest to attack Democratic nominee Vice President Joe Biden.

Patricia McCloskey made headlines in June when she stood from her porch with her husband Mark McCloskey and pointed loaded guns at protesters marching against racial injustice.

On Monday night, McCloskey stoked the fear of what she views would be a lawless Biden-Harris administration and went on to spew misinformation that Politifact has rated false.

McCloskey said in her speech Monday, “They’re not satisfied with spreading the chaos and violence into our communities. They want to abolish the suburbs altogether by ending single-family home zoning. This forestry zoning would bring crime, lawlessness and low-quality apartments into now thriving suburban neighborhoods.”

Trump promised to take care of the “anarchists” and promised if he wins re-election, he will be able to quell the wave of protests that have centered around systemic racism.

Completely absent from Trump’s speech was any mention that he has been the President in power amid the unrest in the country, shifting any accountability from his administration, onto the mayors of Democrat-run cities.

The Republican National Committee pre-emptively announced there wouldn’t be an official 2020 party platform. In place of a new platform, the Trump campaign re-adopted policies from 2016 that boasted candidate Trump as the “law and order” choice.

The Republican National Convention became the epicenter of misinformation, culture wars, controversy and division as the country remained reeling from the brutal shooting of Jacob Blake by police on the eve of the convention.

The GOP case in its totality by the end of the week would add up to a hypothetical, dystopian fantasyland where protesters invade the suburbs and burn down America.

On the merits of their argument, you would think that Biden was president today. You might forget the unrest, and trauma facing Americans today is in Trump’s America.

The irony was a cloud that overshadowed the Trump campaign’s argument the entire week.

Republicans strategically conflated the legitimate and overdue demand for justice with the violence and looting that has been condemned by the Biden-Harris campaign.

As Trump spoke for 70 minutes from The White House, he echoed almost every speech that preceded his remarks. “This election will decide whether we will defend the American way of life or whether we will allow a radical movement to completely dismantle and destroy it”, Trump said in his speech.

Trump continued to say that electing Biden would mean “the radical left will defund police departments all across America.”

Biden has said he opposes defunding the police.

The Trump-Pence campaign is promising the same thing to the American people. They are promising the civil unrest that has plagued our nation their entire first term and culminated in a summer of protests, would be solved by their re-election.

Vice President Mike Pence ended his nomination acceptance speech promising that they “will make America great again, again.” Four years later, the Trump-Pence campaign is asking the same thing of the American people — give them a chance to restore law and order to the country.