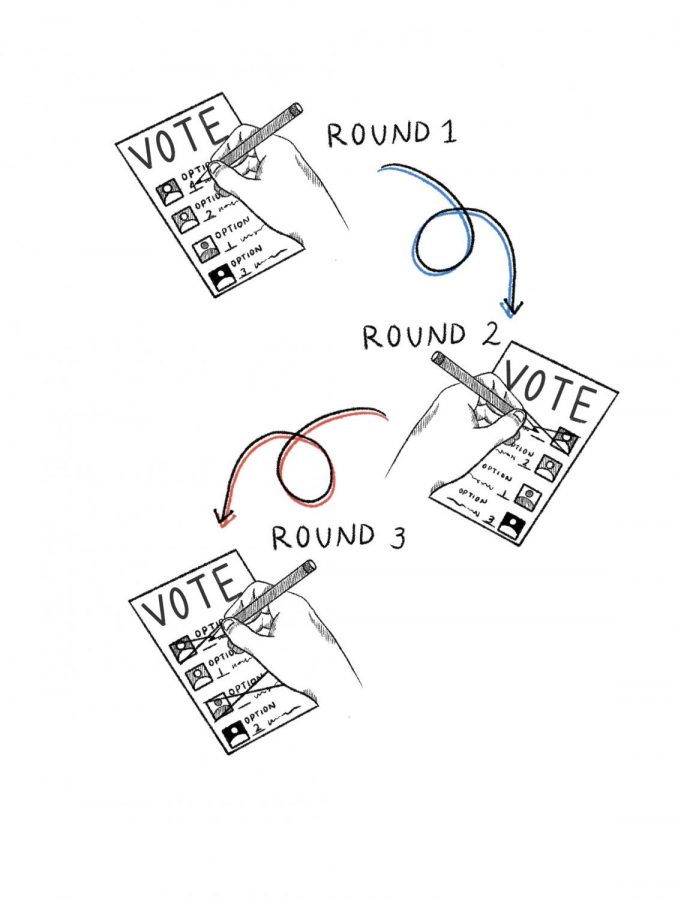 The United States has gone so far as to wage wars against countries that challenge American political ideals. This country professes it is the city on the hill, the blueprint, the face of autonomy. At the pinnacle of global inequality, these platitudes may have held.

Today, it is a false claim.

Assimilating a democracy the United States can revel in necessitates incorporating ranked-choice voting in our elective process.

Continuous nominations of unwanted candidates and sluggish policy enactments are only a few defects baked into the foundation of American political methodology. We, the people, trudge through life dissatisfied with our government, unaware that overhauling the U.S. democratic process is the solution to our problems.

Democracy is imperative to ensuring inclusivity. America’s dilemma stems from utilizing an approach that fails to provide the highest rate of representation and action. Our current political system employs a representative democracy with plurality voting, which squanders democratic theory by inducing the election of unpopular candidates. The winner takes all policy at the center of our electoral system entails electing candidates with the highest number of votes rather than electing candidates with the outright majority of support.

Simplified, candidates win elections without receiving over 50%of the vote.

Since plurality voting forces voters to select one candidate and many legislators share beliefs, sensible policymakers have a fractured voter base. When politicians cumulate under an umbrella of analogous values, voters scrutinize candidates on trivial details. As responsible delegates compete for fractions of support from the general public, unconventional voters unite behind a single politician that appeals to unconventional views. Disfavored politicians secure the highest number of votes because they retain a consolidated voter base. The oversaturation of elections with homogenous politicians gives extremists the upper hand.

President Trump became the Republican nominee in the 2016 election, thanks to this system. In Southern Carolina, Donald Trump won 50 delegates despite receiving 32.5% of the vote. Trump had the highest number of votes in the primary election because the moderate voter base split their vote between several similar candidates.

In other electoral systems, a fractured voter base would not matter. However, the winner-takes-all system benefits politicians who disregard pragmatic attitudes. If the United States utilized a different electoral procedure, the country may never have faced a situation in which Donald Trump became President.

Winner-takes-all systems silence various communities because majority votes take one hundred percent of the seats. While better than no democratic process, the current electoral system guarantees the nomination of undesired candidates. As Election Day rolls around, voters must choose to support the lesser of two evils. Plurality voting wastes votes and discourages citizens from voting because elected politicians proceed to represent constituents who did not elect them.

Despite its seeming complexity, there is a simple way to fix the challenges disillusioned voters face.

Despite the seemingly foreign nature of ranked-choice voting, implementation has already occurred in several American cities like Berkeley, Oakland and San Francisco. In 2004, ranked-choice voting determined San Francisco’s mayoral race. In the race, candidates were friendly to one another to avoid voter disillusionment. As the final election approached, voter drop-off did not increase significantly because most voters felt a candidate they supported remained in the race. Communities who employ ranked-choice voting prevent the election of unpalatable candidates and ensure the majority of voters are content with the results.

Although America’s enactment of representative democracy in the 18th century unfurled commonwealths across the globe, it spawned unchecked confidence in our political system. As other countries updated the inclusivity of their electoral systems, America remained stagnant.

The successful development and implementation of ranked-choice voting in foreign nations prove America has lost touch with the government of the people, by the people, for the people. America’s march towards democratic insignificance should ignite apprehension in everyone.

If we continue on our path of ignorance, U.S. autonomy will wash away entirely. Enacting ranked-choice voting will ensure the United States upholds its promise to the people.